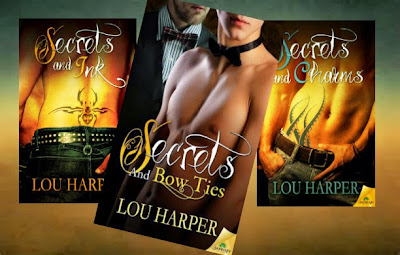 I've read ALL 3 of these books and loved each one. Today we're going to look at all three books and their blurbs. You can read my review on all of them and at the end one person has a chance to win ALL THREE!

Let's check out this amazing series: 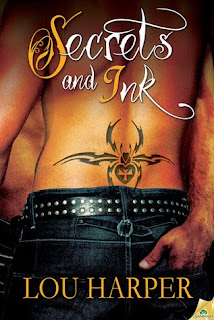 When Karma writes you a ticket, pay up or else...

If life was like the movies, Jem Mitchell's wouldn't be such a mess. In LA's glittering world of dreams, he works an unglamorous job at a gourmet grocery store. His past is so deep and dark, the details are lost even to him. All he knows is he was once cursed by a meter maid, and ever since, his love life has sucked.

When Detective Nick Davies becomes a regular at the store, Jem dares to hope he's un-hexed at last. He should have known that sex with a remarkably normal guy, devoid of weird fetishes and fatal personality flaws, was too good to be true.

During a post-encounter cuddle, Nick recognizes the tattoo on Jem's back—and remembers him as a young hustler he arrested nine years past.

As Jem's memories come crashing back, he flees from Nick, but fate contrives to keep pushing them back together. And when Jem's old partner in crime is found murdered, the stakes are raised for life, for love, and a dangerous drama with no guarantee of a Hollywood ending.

My Review:
With a bit of a mystery (Which was a pleasant surprise)an endearing and cursed Jem finds himself is a long lived "bad" situation. Until he meets Nick. Nick is a prince, well actually he's a moody detective. Jem warmed my heart throughout this story. His past was one he absolutely created himself but working toward a clean future isn't easy... struggling with a scrambled brain WHILE doing that? Yeah, I don't envy the poor boy. Nick and Jem's story is a fairy tail with a bunch of drama, intrigue , and of course, humor! 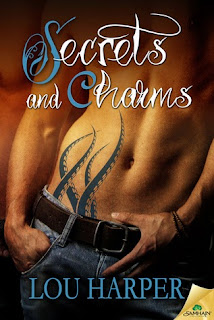 One hot ginger. One cool blond. The result is anything but lukewarm.

Out and proud from a tender age, Olly Blackwood is content with life in LA, working at a Hollywood gourmet grocery. There's only one thing missing: romance. He's had his fill of casual hook-ups. He wants a man for keeps, and he wants sparks.

He certainly gets them when he meets Rich Willson, who has the stormy temper to go with his fiery hair. But is he keeper material? He might be if only he'd come out of the closet.

After losing his disapproving father, his job, his girlfriend, and pretty much all his money, Rich packed up his secrets and moved to his actress sister s house to regroup and help her renovate. He doesn't like the curmudgeon he s become, but something about the perpetually cheerful Olly rubs him in a way that should be wrong, yet feels pretty damned right.

Over paint buckets and sanding tools, Rich finds Olly getting deeper under his skin. But when an altercation with a paparazzo comes back to haunt him, he finds that sordid Hollywood secrets can be murder maybe his own.

My Review:
This was a great addition to Lou Harper's Secrets Series! I was wondering about sweet, mature Olly. Lou threw in a sexy ginger and made it even better! I liked this story with the mystery and intrigue. Light humor and some magic maybe? Olly and Rich were adorable and it was fun to watch them figure each other out and stay alive doing it. Another win! 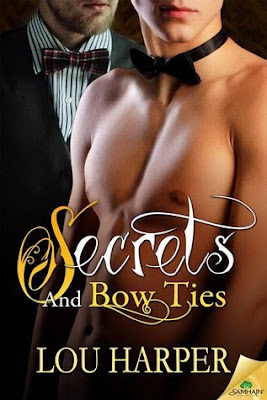 Who said nerdy can’t be sexy?

Self-confessed gold digger Dylan Price is cooling his heels as a waiter at a trendy West Hollywood restaurant, waiting for the sugar daddy of his dreams to walk through the doors. Someone rich, sophisticated. Preferably old.

Bookish Simon Wainwright couldn’t be further from Dylan’s ideal. Aside from his terrible fashion sense, Simon suffers from a glaring lack of a Beverly Hills mansion. And he’s barely over thirty!

Dylan, however, isn’t made of stone. Coincidence, an obscene candle, even Simon’s dorky cardigan compel him to give the shy academic a very special birthday gift, which Dylan files away as a one-night stand. But when Dylan’s quest lands him in hot water, he runs to Simon to hide.

The two take off for Las Vegas, where Dylan takes upon himself to give Simon a complete makeover. For reasons he can’t comprehend, Dylan begins to reevaluate his life—and what he holds most dear. But with danger not far behind, he might be too late.

My Review:
This series gets better and better. Book 3, Secrets & Bow Ties, rocked my socks off. Sexy hot Dylan, self proclaimed gold digger has gotten himself in some serious hot water. It takes nerdy, adorable, Simon to save the day. Sometimes it doesn't take guns, muscles, and military experience to be the hero. Sometimes it  takes a strength you can't see with the naked eye. Simon is the best thing that happens to Dylan and I ADORED how we get to see how that love changes Dylan. Lou Harper blew this one out of the water. There's sex, intrigue, and VEGAS BABY! I am in love with this series!

Under a prickly, cynical surface Lou Harper is an incorrigible romantic. Her love affair with the written word started at a tender age. There was never a time when stories weren't romping around in her head. She is currently embroiled in a ruinous romance with adjectives. In her free time Lou stalks deviant words and feral narratives.

Lou's favorite animal is the hedgehog. She likes nature, books, movies, photography, and good food. She has a temper and mood swings.

Lou has misspent most of her life in parts of Europe and the US, but is now firmly settled in Los Angeles and worships the sun. However, she thinks the ocean smells funny. Lou is a loner, a misfit, and a happy drunk.

To celebrate the release of Book 3 of the Secrets Series, Lou Harper is going to give ONE person a chance to win ALL 3!!!! You want in on this! Enter the rafflecopter below. Contest will run until Sunday, May 24th! Winner will be contacted via email (so make sure you check your spam) Good luck!