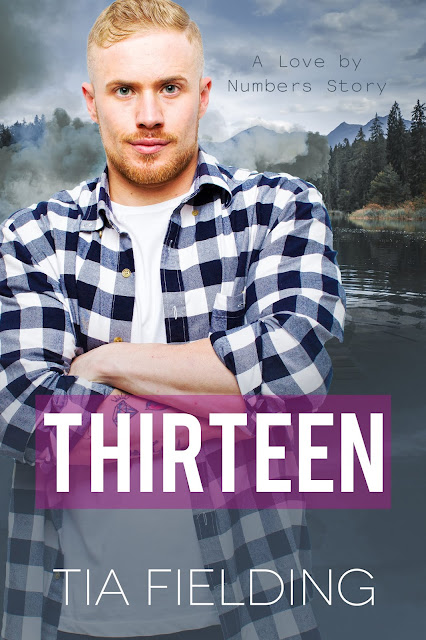 After working as a beat cop in big cities, deputy Mark Forrest has finally found a home away from his abusive parents in the tiny town of Acker, Wisconsin. His life is mostly quiet and peaceful, but also a little bit lonely from staying in his self-imposed closet. Raised in a toxic household, Mark grew up hating himself and doesn't know any other way. After upsetting half of Acker and the LGBTQ community living there, Mark has felt even worse. He’s not that hateful, prejudiced guy, but how would anyone believe him, when he’s hiding who he is?
Nurse Francis Archer loves his job at a maternity clinic. He’s been through a lot, having grown up gay among the AIDS crisis. When he rejects the advances from a colleague and the man accuses him of sexual misconduct, Francis decides to cut his losses and run away to his old friends in Wisconsin. On the way there, he hooks up with an intriguing younger man who ends up being everything Francis thought he was, and so much more.
Meeting Mark again in Acker comes as a shock, but the two men can’t deny the chemistry between them. Mark craves being able to let go, and Francis loves to take him out of his head, but things aren’t quite that simple. Mark’s internalized homophobia and inability to stand up to his family make things rough, and Francis’s job as a live-in nurse for an elderly couple won’t last forever, given his patients’ declining health.
With the friends and found family they have in Acker and some welcome visitors from New Jersey, they might just have the help they need with figuring out what’s truly important.
Trigger Warning: Abusive language, homophobia, vague descriptions of domestic violence and sexual abuse.


Mark (and Francis) from Thirteen (Love by Numbers #3)

I sat Mark down on the couch in my head for this interview. Francis was somewhere around, close enough to hear us. This is what happened.

Tia:  So now that you’re settled and all, without spoiling how we got here, tell me how you’re feeling?
Mark: *looks like he’s melting into the couch for a moment* “I guess relieved? That’s the closest thing that I can describe it.” *he thinks for a moment longer, then beams a smile at me* “Free. I feel so free.”

Tia: That’s… awesome. Amazing. I know where you came from so… yeah. So how about Francis? Can we talk about what he means to you?”
Mark: *smiles softly and blushes lightly, which to be honest is adorable* “Well, he’s… he’s my rock. I know I can always lean on him and he’ll be there for me. More than that, he makes me feel like I’m his equal in this relationship, even when….” *he blushes deeper red and we can hear Francis cackle somewhere nearby*

Tia: Hah! I actually know what you’re talking about and it makes this much funnier. Anyone reading this interview, read the book, you’ll get it then! Okay, so let’s take our mind off that stuff for a bit. Tell us a joke? The worse, the better?”
Mark: My colleague, Erin, has started to send me these memes that are hilarious, bad as they can be.
Tia: Ha! Yeah, and she did reference one in a text she sent you in the book, too. That was funny.
Mark: *laughs* Yeah, I think that’s when she realized I do have a sense of humor after all.
Tia: Aww, it was just hidden behind all the angst. You’re much better now.
Mark: *ducks his head and sighs, but then smiles* Yeah, I guess I am. Oh, I remember one! This wasn’t mine, but Sheriff Newman told a dad joke the other day.
Tia: *feels mushy at the thought of the sheriff telling dad jokes to his deputies* Let’s hear it then!
Mark: We got a call for a fight at the diner parking lot, and in the short time it took us to drive there, he deadpan asked me that if it were two vegans fighting, would it still be a beef.
Tia: *snorts*
Mark: I didn’t even laugh at first, I was so surprise and my brain just halted. Then I glanced at him and his mouth was twitching and then I got it and… yeah. *chuckles*

Tia: Okay, so, I know you guys have talked about pets. Have you gotten any since your story in the book ended?
Mark: Not yet. We borrow Kaos and Padraig’s dogs though. They’re pretty great. Padraig said he’d keep an eye open for any puppies if we want to, but we might adopt and older dog instead.
Tia: Fair enough. Old dogs need love too.
Mark: Exactly.

Tia: Is there anything you’d like to do, like either a bucket list type of thing or something else you want to mention?
Mark: We’ve been talking about going away on a vacation.
Francis: *appears and plops down next to Mark, then pulls him closer* “I haven’t gone on a proper vacation in ages so I would love to. And Mark hasn’t been outside the US so….”
Tia: Any destinations in mind?
Mark: *glances at Francis* We were talking about the UK, but we haven’t narrowed it down yet.
Francis: Yeah, I’ve always wanted to see Scotland and Mark Ireland, so we might make it a longer tour, so to speak.
Mark: Maybe we should go to Denmark too, just for a couple of days. To see the mermaid in Copenhagen.
Francis: *something weird-in-a-good-way happens with his expression and he just grabs Mark and kisses him soundly*
Tia: I’m going to back away slowly and quietly now. Have a good trip, guys!

Tia identifies as genderqueer but isn’t strict about pronouns. Why? Because luckily, in her native language there aren’t gender-specific pronouns.

These days, preferring to live in the middle of nowhere with her fur babies is as big of a part of her psyche as writing. Tia likes to recharge in nature and tends to watch where she’s going through her cell phone’s camera.

In 2019, her novel Four (Love by Numbers #2) won a Rainbow Award in the Best Transgender Contemporary category