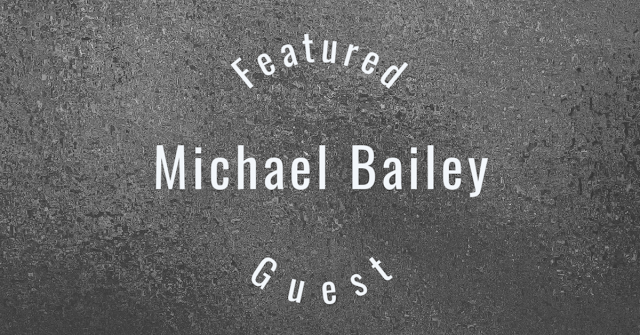 Diverse Reader is happy to have one of our own doing a feature here today. Michael Bailey reviews here on the blog and has a feature called Bailey's Boombox where he talks about all sorts of things. Today, he's here in an author capacity, discussing what he writes, his books, and even the why of it all. There's a giveaway at the end so be sure not to miss it! 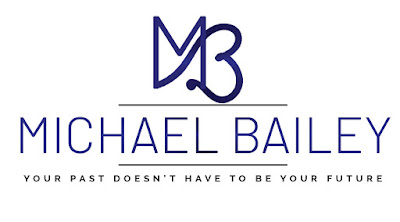 I Write About Life

Last year was my third GRL, but my first as an author.  For those that don’t know, GRL is an acronym for Gay Romance Literature.  It’s an annual, must-attend event in which readers and authors can interact, where the readers can get autographs and suitcases of swag, and authors can brainstorm new story ideas.  To over simplify, it’s like a big family reunion for the M/M community.

So, last year a reader asked me to describe my books to her.  I immediately froze, not because I didn’t have an answer, but because I was afraid neither of us would have the time for me to fully explain.  I don’t write what one would consider conventional romance. Typically, I don’t write “to market.”  My covers don’t feature shirtless men.  My stories aren’t sexy (in fact, there may not be a sex scene at all.). Instead, I try to write about Life.

I fully believe that every author leaves a piece of themselves in every book they write.  But for some of us, we take some of our own life experiences and as a result, there’s even more of us on the page.  Therefore, my experiences, the things I went through from adolescence to adulthood, are used as fuel.  Now, some people may not believe it, and that’s fine.  But I can point to specific sections of each book, and tell you how that situation was lifted directly from my life.

But my books are even more than that.  Each one has a point.  A moral, if you will.

My first book, “Looking In”, is very much a story about Hope.  It tells the story of David who suffered so much physical abuse as a child that he attempted suicide.  After, he falls into himself, and simply exists.  It isn’t until after he meets Adam that he begins to realize that there’s more to life than simply existing.  He needs to learn to trust again, and I’m so doing, may end up with the happy ending he’s always dreamed of.

“Looking Forward” is, at its core, a story about belief in one’s self, or “self love.”  It’s the second book in the series, and tells the story of Owen in two parts.  Like David, he too suffered abuse.  Unlike David’s physical abuse, Owens was mental and emotional.  He was continuously told that he was worthless simply because of his sexuality, by someone who he should have been able to trust.  Ultimately, he ends up believing what was continuously reinforced about himself, despite his success.  Owen’s journey is a bit more complex, because he first needs to understand and accept that the things he was taught to believe about himself are false.  And how that self-belief has colored his perception of the world and the people around him.

“Looking Past” is my current project.  I don’t want to give too much away because it hasn’t been released yet.  I can say, however, that at its core, it’s about Forgiveness, and the power it has to transform your life.

There’s also soon to be a fourth, “Looking Beyond.”  It’s been in my head from the beginning.  I know it inside and out.  It’s the book I’ve been dying to get to.

In addition to each book having a point, the overall series has one as well.  While I’ve taken great pains to ensure that each book can be read independently, there is some cross pollination of characters.  David is central to the series and, as such, makes an appearance in all of them.  There may be subtle, but explained references to him, or he may show up and play an active role.  The series itself is about his growth.  I won’t give away much more than that either.  Hopefully, if I’ve done what I set out to do, you’ll be able to see it.  I will say, there’s a reason the series is called “Unconditional.”

I love world building.  Having characters from one book or series appear in another.  With that said, I have ideas for Jace (if you’ve read “Looking Forward”, you know who he is.)

I also wrote a novella called “Reunion” last year.  I didn’t know how much I would love Charlie and Noah’s story when I started it, but I tried leaving them in a place where I could revisit them.  I have plans for them as well as Noah’s son.

And then after?  Well, there may be a surprise or two in store for next year.

Some people ask me how long I’ll continue to write.  The simple truth is, as long as the characters in my head want their stories told. 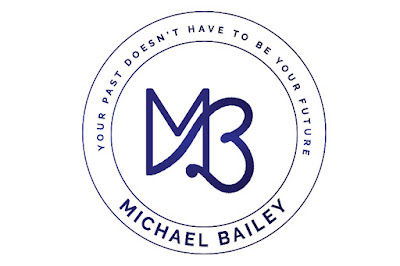 Before getting into M/M romance, I was a total nerd.  Sci-Fi, fantasy (not THAT.  Sword, sorcery, that kind of thing), comics, toys.  You name it, if it screamed dork, I probably did it.  I was a homodork, and proud.

In addition to that, I've dreamed of writing since I was eleven years old when I wrote a truly awful Choose-Your-Own-Adventure.  It sold exactly zero copies.  My mother may have a copy lying around somewhere.  Mothers keep that kind of thing.  I also wrote fantasy (Yes, THAT kind:  guy meets guy, they fall in love, have the white picket fence and live happily-ever-after)

I would walk into a book store and peruse all two shelves of their gay selection, and would always come away disappointed.  The books were depressing, nothing spoke to me about love and happiness.

Then I read one book.   I won't tell you what book, but it had two handsome men and a dog on the cover.   I read it in one sitting, and was hooked.  I fell in love with the M/M genre to moment I read that first sentence, and I have been in love with it since.

I am astounded at the limitless story potential within one genre.  You can literally do anything within the genre, from comedy to paranormal, mystery to sci-fi, fantasy to straight out romance, and everything in between.

Life took control, as it often does, and the dream of writing was put on hold.  Then, in November of 2016, I took a leap of faith, and began writing my first novel as part of the National Novel Writing Month (NaNoWriMo) competition.  The goal of the competition is to write a 50,000-word novel in a thirty-day period.

However, on the advice of a friend, he “pushed through”. And so, in September of 2017, my first novel was be published.

I have always believed in the power of the written word, and the ability for one story to touch the reader in such a way that it can literally change the course of their life.  This one book opened up a world of possibilities for a middle-aged guy from Toledo, Ohio, and is what ultimately led me here.  And, I am happy to say, I never looked back.

Michael Bailey is gifting someone with a $10.00 Amazon GC!
Enter below
Thanks