Featured Guest: Louisa Masters ~ A Little Bit of Happy in a Whole Lot of WTF #Giveaway 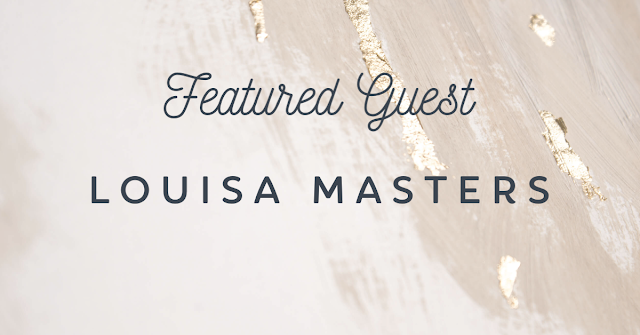 Diverse Reader is so happy to have the lovely Louisa Masters here today. She has a wonderful guest post for you all today, a look at her new book that releases tomorrow (February 27th) and a giveaway! So check it ALL out!

A Little Bit of Happy in a Whole Lot of WTF.

I write low-angst books. This isn’t going to be a surprise to anyone who’s read me—it’s right there in my author branding. I greatly admire authors who can make their readers (including me) ugly cry, but it’s not a skill of mine. Why? Because I like to escape into my own writing.

If you know me and follow me on social media, you’re probably aware that this past year has been a shit show for me. As I type this, I’m sitting beside my grandmother’s bed in the palliative care unit at the hospital, basically waiting for her to pass on after a seven-month battle with leukemia. Exactly twelve months ago, I was sitting in a different ward in this same hospital, waiting for my grandfather to pass on after a stroke. Since then, I’ve spent a lot of time here and at my grandmother’s house, helping to care for her. My other grandmother passed away in December after months in a care facility.

In this same year, my dad has had surgery twice, and I’ve had to reclaim rights to several of my books from Dreamspinner and republish them. So… yeah, there’s been a lot going on. But conversely, despite the lack of “free” time, I’ve written more in the past twelve months than I have in years. Because my books were somewhere I could escape to for a little bit of happy.
I’ve done a lot of ugly crying in the past year, and none of it was because of a book. I’ve also smiled and laughed a lot, and most of that was because of books—by other authors, and books I’ve been writing. Books are powerful. So let me tell you about the happy my books have brought me lately.
A little over a month ago, Meg Bawden, a fellow Aussie M/M author, reached out to several of us with a plan for an anthology to raise money in the wake of the bushfires that have devastated Australia. Knowing the power of books, how could I do anything but participate enthusiastically? The money raised from sales of When the Smoke Clears will go to better equip firefighters and wildlife rescue, and that’s a little bit of happy in a huge amount of horror and destruction. When the Smoke Clears will be available for purchase all throughout March and features stories by myself, Meg, Becca Seymour, L.J. Hayward, Naomi Aoki, Lisa Henry, Ann Grech, L.J. Harris, Zoe Piper, Nic Starr, Bronwyn Heeley, and TA Bellmond.

Also, February 27 is release day for Follow My Lead (I swear, I didn’t intentionally title this book so it would have the acronym of FML), the second standalone book in my Joy Universe series. If you like the theater, theme parks, and May-December romance, with a healthy serve of humor and sexy times, this book will bring you a hefty dose of happy in this WTF world.

Here’s a short excerpt to whet your appetite:

“Hey, Dim!”
I look in the direction of the shout and see my boss—ex-boss—Derek waving at me. Grinning, I head in his direction.
“Great show,” he declares. “Those kids at the end were super cute.”
“Thanks.” He’s right about the kids, but oh my God, it was absolute murder getting them to cooperate. Five-year-olds are way too distractible.
“I saw you talking to Jason. He’s a nice guy, yeah?”
I hesitate, because if I say Jason was a huge douchemonkey and that working with him is going to be a nightmare, is that too much like complaining to my boss that my job’s too hard? But Derek’s my colleague now, not my boss, and lately we’ve been becoming friends, too.
In the end, I settle on, “We might have rubbed each other the wrong way, but I think he’ll be great at the job.”
Derek raises an eyebrow and looks over my shoulder in the direction I’ve just come from. I look too, and see Jason talking to Trav, Derek’s boyfriend and the person who put us in contact with Jason in the first place. They’ve worked together before, are friendly, and Trav heard a rumor that Jason was looking to get away from the city for personal reasons, so it wasn’t a huge leap.
Trav sees us watching and waves, then says something to Jason and gestures in our direction. Jason turns, scanning the crowd, and I know when he sees Derek because he smiles and waves. Then his gaze moves to me, and his jaw drops.
Ah.
Suddenly I get it. He didn’t know who I was. I thought he’d come over to introduce himself because Derek and Trav had told him we’d be working together, but the expression of horror on his face as Trav talks is pretty indicative that he had no idea.
I lift my hand and give him a little finger wiggle, smirking. It’s a dick move, but he called my production “charming” in that smug voice. I’m entitled to a little petty revenge.
“Why do I get this feeling I need to install spy cameras in your office?” Derek asks, a thread of laughter in his voice.
I give him my best innocent look. “I have no idea what you mean.” 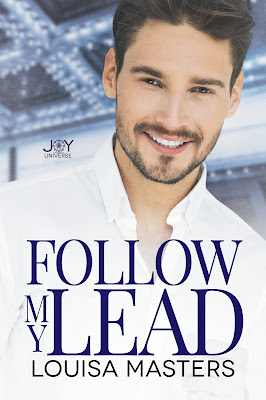 Follow My Lead
Dimi Weston has always loved the theater—just not as much as loves managing things. His job at Joy Universe lets him coordinate to his heart’s content, and he fills his free time with community theater. Now, though, he’s being offered a promotion to his dream job: managing Joy Universe’s brand-new theater production company. JU really does make dreams come true—or so he thinks until he meets the ex-Broadway director he’ll have to work with.
Jason Philips is shocked to discover the hot younger guy he was trying to impress at a community theater is going to be managing the production company that just hired him. Scarred by the bad breakup of a long-term relationship, Jase is already nervous about getting back into dating… and now he’s accidentally offended the first guy he tried to flirt with and now has to work with.
As Dimi and Jason get stuck into the craziness of the theater, they have to contend with family, exes, and the nosiness of their colleagues, but nothing will stop them from making this venture a success. 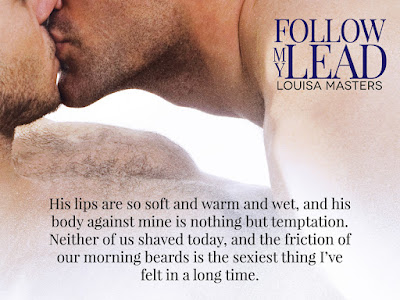 
Louisa Masters started reading romance much earlier than her mother thought she should. While other teenagers were sneaking out of the house, Louisa was sneaking romance novels in and working out how to read them without being discovered. She’s spent most of her life feeling sorry for people who don’t read, convinced that books are the solution to every problem. As an adult, she feeds her addiction in every spare second, only occasionally tearing herself away to do things like answer the phone and pay bills. She spent years trying to build a “sensible” career, working in bookstores, recruitment, resource management, administration, and as a travel agent, before finally conceding defeat and devoting herself to the world of romance novels.


Louisa has a long list of places first discovered in books that she wants to visit, and every so often she overcomes her loathing of jet lag and takes a trip that charges her imagination. She lives in Melbourne, Australia, where she whines about the weather for most of the year while secretly admitting she’ll probably never move. 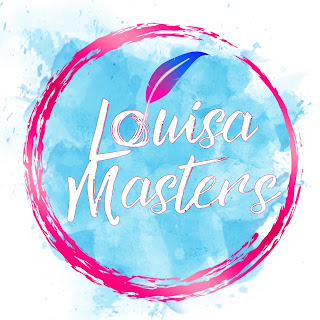 Louisa is offering one person a chance to win a $10.00 Amazon GC
Simply fill out the rafflecopter below.
Contest ends March 4th

Posted by Diverse Reader at 5:44 AM