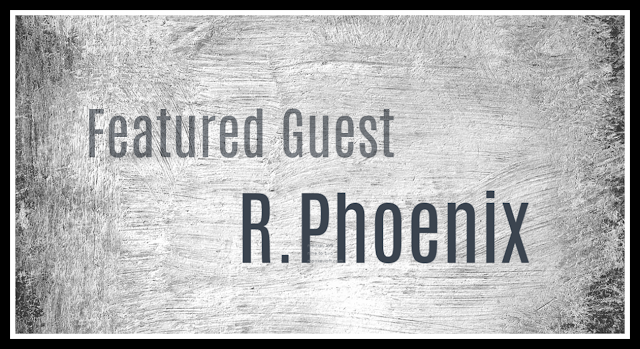 It's so wonderful to have Raissa hanging out on Diverse Reader. I had the pleasure of meeting her a few years ago in Virginia, it was brief but I certainly remember her. She as wonderful as you think she is. Raissa is here talking about something I found to be really interesting. You will have to read on. There's an excerpt here and she's offering a giveaway, so, don't miss that.

It probably has something to do with the fact that Stockholm Syndrome is my absolute favorite thing to write ever. The question comes down to this: is everyone really happy if their happiness is a result of Stockholm Syndrome? Is there a point where Stockholm and genuine attachment occurs? What happens if the feelings go both ways? How deep do these bonds go?

These are all things I love exploring. I’ve played with the ideas in a few books now, but it’s more apparent than ever in my latest release, Tarnished Cages. TC is the sequel to Gilded Cages, which is my take on what might happen if a Daddy got a puppy for his boy. Daddy rescued Cammy from his abusive parents, and he bought Zay fresh out of a human trafficking ring. He tells the boys that their lives will be better with him, where he’ll take care of them… for a price. (Heads up for age play, ABDL, Stockholm Syndrome, kidnapping, slavery, puppy play, dubcon/noncon, and more.) Check out Gilded Cages here: smarturl.it/gildedcages. 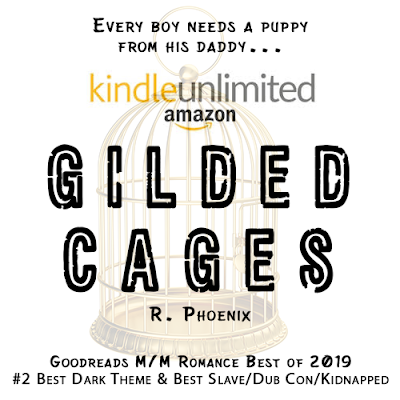 I wasn’t expecting to write a sequel, but my endings tend to be open HFN endings that allow me to continue if I want. They come to a logical closing point, where my characters are… happy… (Yeah, that might be a little up for debate for some ;-)) then I wrap it up. Tarnished Cages continues their story. It really explores the dynamic between Daddy, Zay, and Cammy and how they might settle in a daily routine in their lives. I’m eager to share it with everyone. It actually comes out today! *throws confetti* I hope you’ll check out Gilded Cages to see what my obsession is with Stockholm Syndrome and continue their journey with Tarnished Cages — which will be the end of their saga. The ending is still open so I can play with short stories and side things, but it does have their conclusion as a happily for now. You can grab your copy of Tarnished Cages @ smarturl.it/tarnishedcages. 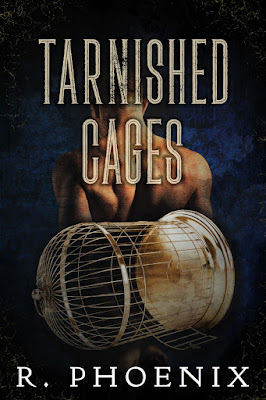 The exchanges I have with Cammy briefly lighten things up, but just as quickly, we go back to our silence. We’ve just never learned how to talk to each other. I don’t know how to say things that his Daddy won’t be offended by, and he doesn’t seem to know what to say at all.
So here we are, trapped in this purgatory even when we should be relieved to have each other’s company. Then again, how long would it take for us to get sick of each other even if we were talking?
Moreover, what would we even talk about? This is our fucking life, and it’s nothing special. There’s nothing to speak of. There’s no sense in asking how his day went, or what he did, or if he has anything out of the ordinary to tell me. The only thing that changes is whether he wears diapers or pull-ups.
I feel a little mean for thinking it, but everything else stays the same on the days Daddy’s at work. When he’s home, he keeps us both busy, but he bought me to keep Cammy company. As it turns out, I’m not great at keeping someone company, which isn’t hard to believe. There are a lot of reasons I spent so much time alone in my dorm room.
There are a lot of reasons it must’ve taken them ages to realize I was even gone…
Does anyone but my mother even miss me?
What is there to miss? It’s not like I’ve ever been the life of the party. I’ve always been the quiet one in the corner, the one who’s quicker to listen than to speak. I never minded being that way — well.
That’s a lie.
I minded a lot sometimes, when I was trapped alone in my dorm room with my own thoughts. But for the most part, I really didn’t care. I didn’t want to be like everyone else… or maybe I did, and I just never wanted to admit it to myself.
Now that I’m stuck here, I’d give anything to be around people… Wouldn’t I?
I’m suddenly not so sure how I’d feel around a crowd. Wouldn’t it be ironic if I went back to my life only to do the same things I always did, until I might as well not even be there at all?
Is there really a difference between living in my dorm room and only emerging to eat, go to classes, and work and… this?
The answer is uncomfortably uncertain. 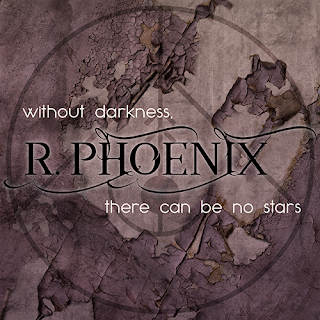 R. Phoenix (code name: Raissa) has an unhealthy fascination with contrasts: light and dark, humor and pain, heroes and villains, order and chaos. She believes love can corrupt, power can redeem and that the best of intentions can cast shadows while the worst can create light. She agrees with those who say that the truth is best told through fiction — even though fiction has to make sense while reality can be utterly baffling.

She loves chatting with readers, though she often awkwardly rambles. No matter how much she tries to keep her bad and often perverted sense of humor in check, it seems to escape at the most inconvenient moments. (Thanks, universe.) Feel free to friend Raissa on Facebook and chat or send her an email!


a Rafflecopter giveaway
Posted by Diverse Reader at 5:05 AM