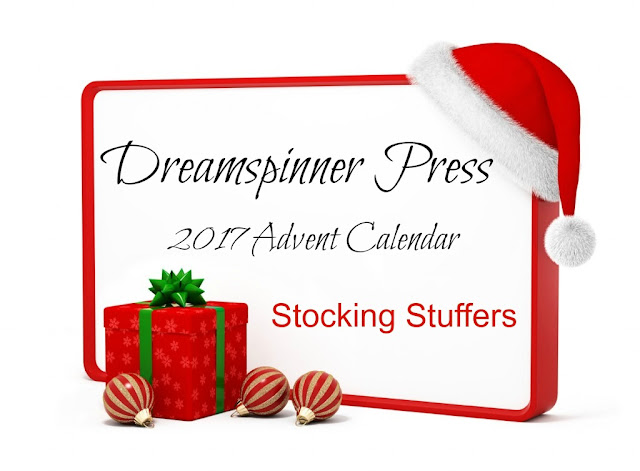 There's many stories to love in Dreamspinner Press's 2017 Advent Calendar Stories. The theme is Stocking Stuffers this year. We have two of those stories to review right now. Salvaging Claus Day by J. Alan Veerkamp and The Billionaire's Boxing Day Bargain by Ava Hayden. Both of these are being reviewed by Morningstar Ashley. You can purchase all these amazing little stories at Dreamspinner Press. 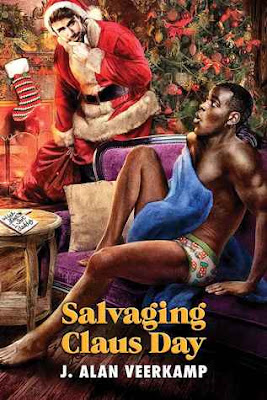 For three years, Filo has reveled in silence and solitude as the sole occupant of a space station, where he maintains the communication satellite.

Everything changes with the appearance of Luz Espina’s lifepod. Filo shares many interests with the flirtatious Luz, though Filo’s isolation has strained his communication skills. Still, Luz pushes all his buttons… and reminds him of the last man he was attracted to—an attraction that ended in disaster because the man was straight. When Luz learns Filo has never celebrated a holiday, he vows to cobble together a Claus Day celebration for them to share. But is it merely a friendly gesture… or something more? 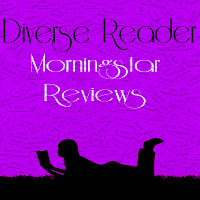 This is a short holiday read for the sci-fi romance lover. Filo has been stuck alone on the space station as the repair tech after the other crew left years before. The story starts out with mostly him out spacewalking to repair things but once he goes back in we find out he isn’t alone.

Filo is a big guy so sharing the small space and bed with a Luz, the guy whose life pod made a  surprise landing on Filo space station is difficult. Luz is fun and flirty where Filo is quiet and serious. He’s been burned before and is weary of Luz’s constant flirting and tendency to be naked.

Claus Day was made super special for Filo by Luz who had never celebrated the holiday before. It was a cute sexy story, and I honestly did like Filo.

I do however have an issue with the question left open at the end for the pure and simple fact that this was supposed to be a cheerful Christmas type story with love and twinkling lights and in the end, I came away upset that it may not be real. The twist was truly unnecessary and only took away from what could’ve been a great ending. If this had been a full-length book where the story was a bit more fleshed out beyond just finding love, the twist wouldn’t make sense so to me it shouldn't even have been added. Was it done well? Yes. But it took away all my happy feelings and just ended me being irked. 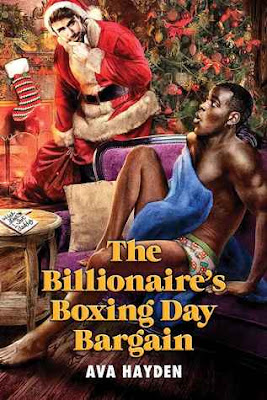 Milo is too nice to say no when the desperate call goes out for more staff to work Boxing Day at Eden Consumer Electronics. It’s just until they sell the door-crasher specials, but it means he can’t see his billionaire boyfriend Lance until later that day.
Lance spends December 25 jetting back from a business trip, eager to see Milo. He calls as soon as his flight lands Boxing Day morning, only to find out that seven hundred and thirty televisions are cock-blocking him.
What’s the point of being a billionaire if you can’t spend your way around obstacles? Milo doesn’t want Lance solving his problems with cash, but he’ll never find out because Lance’s efficient personal assistant, William, is on the case. Unfortunately, even billionaires are subject to the law of unintended consequences—and these aren’t the kind Lance can buy his way out of.
Will Lance and Milo have their Boxing Day date? Or have Lance’s pushy billionaire ways finally gone too far?

Super cute story about an already established couple, one a billionaire and one a retail worker at his best friend’s store.

Lance goes to great lengths to be with Milo. He thinks he’s being super sneaky, but Milo see’s right through him. Milo needs to learn to see through to the heavy-handedness of his billionaire boyfriend and see his kind heart.

It was a sweet and amusing story, mostly the Smart Shower and phone calls between Milo and Lance. Sadly, the sex scenes were fade to black which sort of felt off with how kinky these two were. Can you say butt plug and role play?

a Rafflecopter giveaway
Posted by Diverse Reader at 3:30 PM