Exclusive Cover Reveal: Only With You by JD Chambers #Excerpt #Giveaway 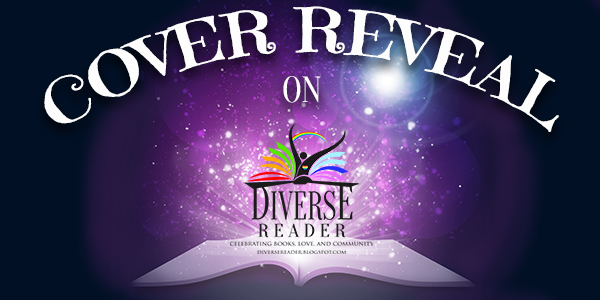 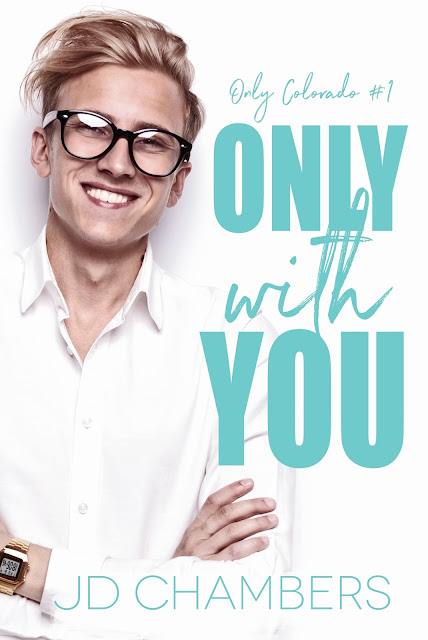 “I guess if the worst thing I’m doomed to in life is mediocre sex, my life isn’t too bad.”

Self-starter and business analyst Zach Keller is living his dream life. He spends his days working from home in his favorite Tolkien t-shirts and pajamas while mothering his best friend-slash-roommate. The fact that his sex life is a bust and his love life is nonexistent?  Unimportant. After his college boyfriend berated him for his unconventional desires, Zach doesn’t plan on sharing that part of himself ever again, anyway.

“I’m tired of feeling like I missed out on something by not going to college.”

Craig Pela isn’t lonely.  He has tons of friends and weekends packed with activity.  He hasn’t needed anyone since he left home at eighteen and never looked back.  But everyone around him is moving forward in life, while he still works the same retail job at the same video game store, and it’s making him question his life choices.  After all, he doesn’t want to be the loser still playing video games at fifty, does he?

As their relationship develops, Zach’s shy nature melts away to reveal an irrepressible geek that charms the pants off Craig. And Craig’s kind patience and ability to match him obscure quote for quote leaves Zach wondering if he’s finally met the man he can be his true self with. After all, how can someone else love you when you keep a part of yourself hidden?

PROLOGUE
THREE YEARS EARLIER
“Look at that pretty boy watching us,” Eric says with a nod to a slim blond in skinny jeans and leather bracelets that’s been eye-fucking us on the dance floor. Eric’s dick grinds against my ass, and I lean heavily against him, throwing back another shot that miraculously found its way into my hand. They keep appearing, and I keep drinking them without question.
“Uh huh,” I slur and lock eyes with the man Eric pointed out. The blond lifts his drink to his lips and licks them slowly after a suggestive swallow, but his eyes never leave mine.
“Wouldn’t you like to take him home with us? Fuck that pretty mouth?” Eric’s breath is hot against my ear, making me feel even stickier from the sweat of the dance floor. “I bet he’d look so good, laid out between us.”
This is it. Every fantasy I’ve ever had, come to life. Sharing my body with my boyfriend and a stranger who wants me, wants to use me just for a night. Letting my boyfriend take pride in what I’m able to give him, taking what is his and allowing some lucky stranger to see a tiny glimpse, share a small part of me, but never be able to really have me. I’ve been sporting wood all night on the dance floor, but Eric’s murmurings have me diamond hard and tenting my pants as I stumble across the floor to reach our admirer.
“Wanna hang out with me and my boyfriend?” I try to teasingly trail a finger down his arm, but my hands are kind of tingly and I end up palming his biceps instead. I notice Eric rushing past and out the door, so I don’t even wait for a response.
“Come on.” I receive a stunning grin in return for my obviously expert flirting, and he hurries with me out the door to find Eric.
“Are you kidding me right now?” Eric yells, and the giddy feelings that have been bubbling up from my stomach and scattering around my brain like champagne crash faster than a bottle cork in hypergravity.
“Get away from me, freak!” Eric pushes at my sternum, not bothering to hide his disgust.
“But you said …”
“Everyone says it.” The thumping of the club music just around the corner almost drowns out Eric’s snarls. The cute guy with the straight blond hair and leather cuffs left me to Eric’s wrath at the first hint of his displeasure. Fuck. It took so much liquid courage to approach him in the first place. “But it’s just a fantasy. You really are a slut, aren’t you?”
“No, I …” I have no ready response for him, and I need to stop talking anyway. I can’t hide the wavering of my voice the longer this drawsout.
“Lose my number,” Eric says, and I slump against the brick wall of the alleyway as he storms back through the heavy steel doors. Not back to the dorms, to drown his sorrows about my betrayal or his disappointment in the slutty things his now ex-boyfriend wanted. No, he’s returning to the club, probably to pick up where we left off with the twink I approached for him. Or to continue dancing like we were not ten minutes ago, only this time without the shackles of me as his dance partner holding him back.
And now I’m alone, always alone, dizzy and drunk and trying to figure out how to get back to campus. With both Eric and the blond gone, I have no choice but to call CSU’s stupid Ram Ride to get back to the dorms. I’m so fucking stupid. To think I had a real shot with Eric. To think anyone would actually want a guy with the fucked-up desires that I have.
The waves of nausea hit me with barely enough time to lean from my spot on the curb and puke into the gutter. A white car with the tiny green logo pulls up, and it’s a girl’s voice that mutters, “Please don’t puke in the car” under her breath.
I hold onto that one, solitary goal as we make our way back to campus, as if succeeding at not puking in the free drunk-student car suddenly makes me not a total loser.

JD Chambers wanted at various times to be Indiana Jones, Pat Benatar, and Wonder Woman when she grew up. She never considered writing down the stories she crafted in her head. They provided nothing more than entertainment for long drives or sleepless nights, until one particular story insisted it didn’t want to reside only in her noggin.  She hasn’t stopped writing since.

JD finds unlikely heroes, humans courageous enough to be themselves, and spreadsheets incredibly sexy -- the last one much to her husband’s chagrin.  Together, they raise three teenagers and the world’s most mellow Chihuahua on the Oregon Coast.