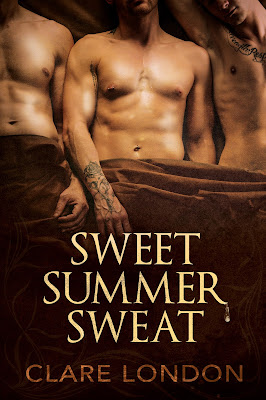 When you find a place where lust and sex rule life, and your every desire can be fulfilled, why would you ever want to leave?
Young runaway Scot and his boyfriend Jerry escape their deadbeat homes and families, hoping to leave prejudice behind them and travel to a new life in Las Vegas. Unprepared and naive, they're lost almost at once, and shelter at a run-down, deserted motel in the middle of the scorching hot Nevada desert. A place with secrets, run by staff both gorgeous and uninhibited, and driven by a mysterious sexual connection Scot’s never even dared to dream.
All but drugged by the lazy heat and the hedonism around him, Scot watches as Jerry is seduced away and realizes their relationship was nothing more than shared lust. Restless, Scot knows he wants true love and real understanding. Could he find it with the mysterious and elusive owner of the motel, Connor Maxwell? Connor seems to think so, every time he appears and pursues Scot for his own. But where does Connor come from? It seems the passion calls him into being at its own whim.
Eventually, what binds Connor and his friends to the motel may be too strong for Scot to break through. Scot has ambitions to travel, to make something of his life – but is his only option to embrace life at the motel in his true lover’s arms?
Or will that love be strong enough to release them both... 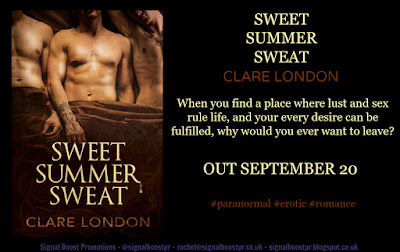 Clare London took her pen name from the city where she lives, loves, and writes. A lone, brave female in a frenetic, testosterone-fuelled family home, she juggles her writing with her other day job as an accountant.
She’s written in many genres and across many settings, with award-winning novels and short stories published both online and in print. She says she likes variety in her writing while friends say she’s just fickle, but as long as both theories spawn good fiction, she’s happy. Most of her work features male/male romance and drama with a healthy serving of physical passion, as she enjoys both reading and writing about strong, sympathetic, and sexy characters.
Clare currently has several novels sulking at that tricky chapter three stage and plenty of other projects in mind... she just has to find out where she left them in that frenetic, testosterone-fuelled family home.

Clare loves to hear from readers, and you can contact her here: 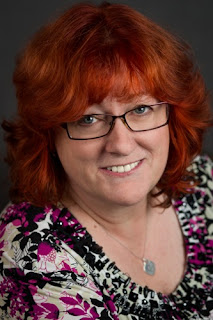