Book of the Week: An Evidence of Magic by Kris Michaels & Patricia A. Knight #Review 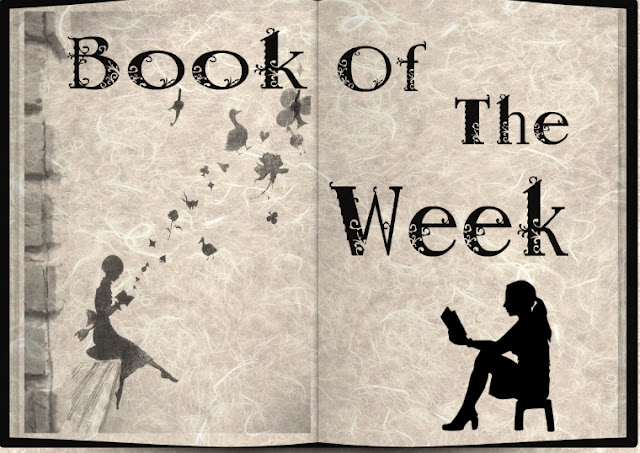 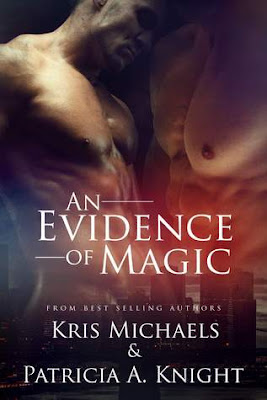 This is the start of a great series right here. Kris Michaels and Patricia Knight have joined forces to create a gripping and entertaining fantasy/paranormal romance/mystery. Yeah it’s all those things.
Hiro is a detective. Sable is a wizard. Each from a different dimension… sort of. Sable bounces around. Well, I don’t want to give anything huge away but it’s amazing. Hiro, the character, is a mystery in himself. He’s much more than you see or that he even knows. That’s one mystery. Another is the fact that some big wig from Sable’s dimension is brutally murdering people and no one knows who is doing it.

There’s mafia, wizards, foo dogs, gritty cops, and excitement going on here. I have to say, I thought at first there was a lot to take in and I’d get lost but I didn’t, not once. Kris and Patricia really weaved this story well. No confusion with the characters or the plot. Great pacing as well.
Sable is fabulous. He’s so lovely not in just his ethereal beauty but his heart. He’s a gorgeous man inside and out and just the person a rough and tough detective needs.

There’s an underlining message to this story. In Sable’s world status, pureblood are worthy of all the great things and cross breeds are mutts, scum, worthless. This story really shows how fractured their society is… kind of like ours. So, the parallels were interesting. 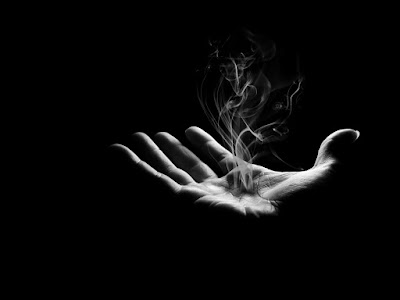 Posted by Diverse Reader at 1:33 PM

Email ThisBlogThis!Share to TwitterShare to FacebookShare to Pinterest
Labels: An Evidence of Magic, Book of the Week, Fantasy, Kris Michaels, LGBT, MM, Patricia A Knight, review