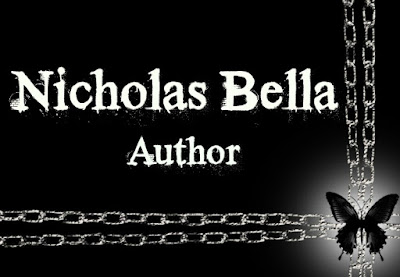 If you've had the pleasure of reading Nicholas's work, you know nothing gets held back. It's like if you dream it it will be written. I've read a ton of Nicholas's work in the past month and have been utterly enthralled by it. We will take a look at some of it today, have a great interview, and one person will have a chance to win the entire first season of Nicholas's New Haven Series, Chained in Darkness in AUDIO! Yup the whole season! 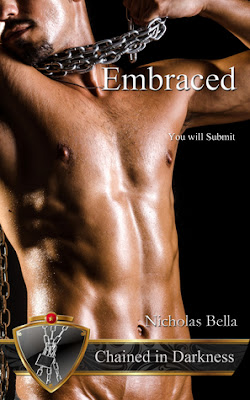 I’ve been betrayed by someone I trusted. Because of him, I was captured by my loathed enemy: The vampires. Right now, the sun is still high in the sky, but I know when it sets, I’m as good as dead. They can’t wait to get their fangs into me. I guess some would say I have it coming. I did raise a lot of hell with my Resistance crew, and I was planning on raising a hell of a lot more at dawn before I was sold out by Jonah. The vampires, werewolves and dragons, have been trying to track me down for months and I’d always been two steps ahead of them.
*Laughs* I guess my number is up. I just hope they make it quick. You see, the vampires in my reality aren’t the romantic lot you read about in books. They don’t sparkle or hang out at high schools with their teenage girlfriends. Hell no, vampires are brutal, calculating, sadistic and bloodthirsty. As a matter of fact, all of the monsters are! That’s how they were able to take over the world so easily and change an entire civilization to suit their needs. Whatever happens, I know it’s not going to be pretty, so I’m preparing myself for the worst. May God help me.
Warning: This novelette series contains hardcore sexual situations between men, not meant for sensitive eyes. I’m talking crude, lewd and full of attitude. This series will most likely either offend you or get ya revved up. This series isn’t going to be pulling any punches whatsoever, so you’ve been warned. Mature Adult Content meant for readers looking for something dark, taboo, sexy, and unapologetic in their paranormal erotica. This is NOT a romance. 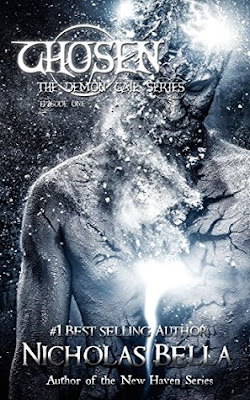 "One minute, everything was normal for me, and the next, all hell breaks loose. "
I'm a cop with the Alandale City police force. I love my job, protecting the public and getting rid of scum was what made my day. Everything was going just fine until my lunch was interrupted by some rich, arrogant jerk in an Aston Martin who thought he could just speed past my squad car and get away with it. I had no idea what I was getting myself into when I wrote Mr. Ledéo his speeding ticket, but after what happened to me, I wish I had just let him go. Maybe then, my world wouldn't have been turned upside down and inside out.

Warning: This serial contains strong adult content not meant for sensitive eyes. The novelettes in this serial will be filled with dark, twisted, raunchy and steamy scenes between powerful, sexy men and women that will either offend you or get ya revved up. This series will not be pulling any punches, and it won’t apologize for hurting your feelings, either. You’ll find no fluff and ruffles here. These demons play hard and they fight dirty. 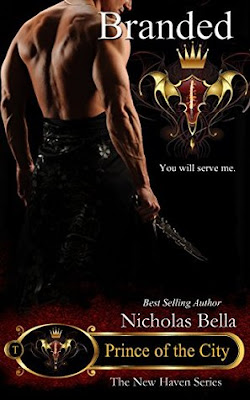 Théoden: Now that my King's decree has been fulfilled, I need to get my city in order. I have my boys to brand before I send them off, and a stubborn wolf, vampire and dragon hybrid son to House train. Fun times ahead.

Noel: My night started off full of passion and pleasure. So that must mean I'm really bonding with my brothers and their sons. I'm also looking forward to my training with Marco. It's not going to be fun or easy, but I know I'll learn so much, which is what I want. I don't just want to be feared as a vampire, I want to be respected, too.

Deacon: My arrangement with Théoden turned out to be more profitable for me than I had expected. The vampire Prince gave me my mate when he turned over the five humans I demanded. Elijah, though stubborn, will learn that we are meant to be together. He will submit to me by any means necessary.

I’m really thrilled… if not slightly intimidated…. To have you here today as my Saturday Author Spotlight.

No need to be, I don’t bite… I let my characters do that for me. :D

I read the entire (up to date) series The Demon Gate after you promoted it in a group. After that I HAD to read more of your work and purchased EVERY New Haven Series book… even your newest Retribution. Then spent the entire week reading them. So, yeah, after reading those I have to admit, you’re a little terrifying. I’m going to pick your dark brain if I may.

First let’s talk Dark Erotica. Why that? You’re amazing at it, I just always wonder when I read an author why they chose the path they have.

Thank you so much. For me, dark erotica books that dealt with MM and paranormal were really hard to find before I started the New Haven Series. I really wanted to read something that was gritty, raunchy and no-holds-barred in every way. I couldn’t find it, so I decided to let my imagination run wild and create the story I wanted to read.

With The Demon Gate, and the New Haven Series. You’ve broken them up in episodes (novelettes) as opposed to full length. Why that?

When I first started it, I did so because it was easier for me to write and I can get the books out quicker. I also liked the concept of creating a book series that acted like a TV series with episodes and seasons. But as I wrote the third book Lessons, I realized that it built up a level of excitement, not just for me, but for my fans. To see what’s going to happen next? Where was I going to take the characters? The possibilities are endless.

I always feel like when you mix Dark Erotica with supernatural it takes on a whole new beast. You have created MANY beasts. Do you find that when you add paranormal to it that it opens the creative floodgates more?

I do. You can do all sorts of things with a supernatural creature that you can’t with a human being. I can create whole worlds with tons of amazing dynamics based on the fact that the characters have powers, immortality, stronger sexual drives, etc.

In Retribution (your newest novelette in the New Haven Series) we are following Theoden, Deacon, AND Josef as well as Noel of course. I won’t give anything away and I wouldn’t expect you to either, but I’m terrified. Because of the path this story is taking I can’t see how it will fair well for ALL parties. Can you maybeeeeeeeeeeee *begs* give your bellaholics something to cling to?

I love to keep my stories unpredictable. You never know what’s going to happen and what you think might happen, might not happen the way you imagined it. Will things end well for all parties… no. No it won’t. *wicked laughter*

What’s next for your Demon Gates series and poor Brian? LOL.

Brian is still learning what it means to be a demon, but he’s got a great teacher, so you can trust that Raphael is going to whip him into shape. Also, new characters will be introduced in the next episode in the series: Chance. Fun times ahead.

HOW… and I’m serious here… HOW do you makes us love these monsters?

LOL. For me, when I’m writing the characters, I try to make sure they have personalities on some level that is relatable for my readers. I think these stories allow for people to indulge in their own naughty sides as they get a peek at the dark and twisted world these characters live in. It pushes comfort zones and also arouses, and excites. Reading is supposed to be a fun and exhilarating adventure, I try to make sure I’m giving my readers that kind of experience with every book.

Do you have any writers that have inspired you?

Anne Rice, Tessa Dawn, Stephen King, Dean Kootnz. I love to read and have found many gems, some from well-known authors, and some from best sellers that I take lessons from.

I’m currently finishing up my edits on Suspicion: Kingdom of Ara, ep. 2, Season Four of the New Haven series. Then after that, I’ll be starting on Chance: Demon Gate series, ep. 7

Are you going to break our hearts in either of your series? LOL

I love interacting with my fans, so here’s my stalking locations. :D
www.nicholasbella.com

Thank you so much, Nicholas, for opening our minds. I mean that. You’re brave and you write outside the box. It’s refreshing.

Thank you, that means a lot to me. I am humbled by how well my books have been received and it’s my joy to keep them coming. :D

Nicholas Bella is gifting one person the entire first season of the New Haven Series
In audio!

To win simply fill out the rafflecopter below.
Contest will run until February 26th!
Winner will be contacted via email so be sure to check your spam.

Thank you to Nicholas for being here and sharing so much awesome with us!
Good luck, all!


a Rafflecopter giveaway
Posted by Diverse Reader at 5:43 AM