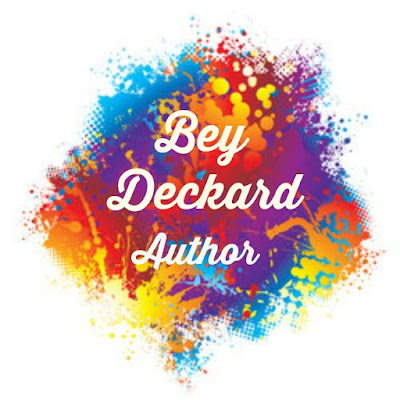 My author this Saturday has written some outstanding books, Better the Devil You Know, Baal's Heart Series, The Actor's Circle Series, and many more. He's ridiculously talented and wicked creative. He's one to read and if you haven't had the chance, maybe after this post you'll be excited to.
We will take a look at some of Bey's books, do an interview, and end it with a giveaway to win a signed copy of Better the Devil You Know! So, let's get started... 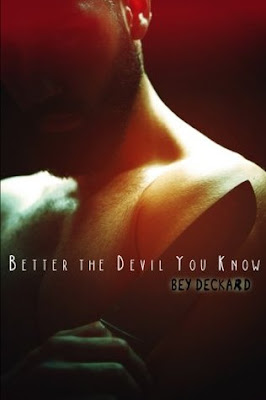 Byron is tall, handsome, well spoken, wealthy, and has outstanding taste in wine and food. You’ll be impressed by his impeccable attire and eloquence in conversation, ranging from Baroque art to the newest advances in pharmacology. With his charming smile and elegant manners, Byron truly is the perfect date… and who doesn’t love a man who appreciates opera?

What’s the catch, you ask?

Just this: if Byron finds you suitable, he will subject you to utterly depraved forms of torture.

No, I’m not talking about S&M.

Byron will mutilate, rape, and then kill you. Don’t think that you will survive the encounter, because you won’t. He has a perfect record.

Intrigued? Would you like me to arrange a rendezvous? It has to be in the next few days because he’s leaving on a trip south to much warmer climes, and his calendar will be completely full.

Yes? Very good. I will make a reservation for two under the name of Smith.

Who am I? I’m Gloria, his personal assistant. 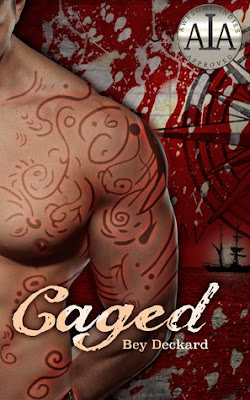 Sheltered and lonely, Jon's life changes drastically when a strange ship sails into the harbour of his small port town one day. Trapped between the possessive pirate captain and his murderous first mate, he must learn to adapt or he will lose himself completely. An epic tale of love, treachery and revelation, this first instalment of the Baal's Heart trilogy brings you into the lives of three men so bound together by jealousy and lies that they must sail to the very ends of the earth to find forgiveness.

Deckard's first novel is a masterful portrayal of sorrow, hope, and passion, with a narrative that twists the reader through an alternate world set in the Golden Age of Piracy. A thrilling look into the darker side of human nature, Caged effortlessly melds serious historical fantasy with five star erotica. 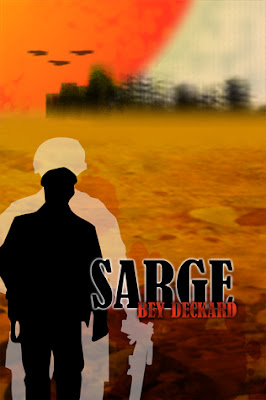 Sometimes it’s just about being in the right place at the right time… with the right person.

Sarge is the short story of a burgeoning D/s relationship between two Space Marines stationed on an alien planet where an endless war drags on.

Sergeant Wilkes is a hard man with a long, celebrated military career.

Brawny, tattooed, and utterly submissive, Murphy is just an interesting diversion… until Sarge realizes he has found something truly rare.

Thank you, Bey, for being here today. You are a new to me author and after reading Better the Devil You Know I have to say you’ve captured my attention. I’d love to ask you a few questions, chit chat with you a bit.

When I was in college I took Forensic Psychology, Criminal Justice, Personality, and I read many profiles and reports on some seriously notorious Serial Killers. But this Byron of yours. He’s a special flower. LOL. What made you delve into the mind of a serial killer to write this book?

Ah, forensic psychology. I considered going into it back in university. Serial killers intrigue me—most of my favourite movie/TV characters are psychopaths and/or serial killers. I find it interesting that there is this urge in fiction to redeem those characters in such a way that makes it “ok” for us to like them, like suffering child abuse or witnessing traumatic events, or following some sort of code (kill only the bad guys!), or mental illness.


I guess Byron would fall under the last one. Certainly, psychologists would see it that way, and things were done to him in his past that failed “correct” him. He’s interesting (to me) because he’s an equal-opportunity killer. He’s not murdering anyone because of their skin colour, sexual orientation, gender identity, or ethnic background… he’s killing them because it quite simply brings him joy. Because of that… well, he’s utterly irredeemable.

Then we have Lucifer. And a Hell like nothing I ever imagined. I don’t want to give anything away but do you see Hell a certain way in your mind? Maybe you don’t even believe in Hell for all I know lol.

I don’t believe in Hell. But I don’t not believe in it either. I was raised entirely without religion so I have a hard time taking anyone’s word for what exists or what doesn’t. How would someone know? A person can point to a passage in a religious book and say “this is real” and I can turn around and point to a passage in a Sandman comic and ask “why is this not real?”. So… I have odd views about religion in general.


The Hell in Better the Devil You Know is… well… parts of it are pretty hellish to me. I mean, I’m not bothered by gore and have a torture fascination… it’s the other parts that would get to me. Luce and I abhor bureaucracy. ;)

I feel a great tagline for you, with your books, is expect the unexpected but if you could give yourself one what would it be?

Oh that’s good (thanks!). Um. Hm. I don’t know. I never really thought about it. How about… “You will be given ample time to eat but no loitering will be permitted.” Sorry, wait, that’s from section #33 of the Alcatraz Inmate Rules & Regulations.


How embarrassing. A writer who can’t write a tagline… What about… “Relax, it’s only fiction.” No?

Do read the sorts of books you write, or are you a complete opposite writer?

I’ve read books by some of the amazing authors I’ve met on Facebook or Goodreads over the last two years—fantastic novels by Joseph Lance Tonlet, Brad Vance, Jack L. Pyke, Varian Krylov, Dan Skinner—but normally I don’t go in for books that have overly romantic or erotic elements to them. I read a lot of sci-fi and fantasy. Graphic novels and comic books. Non-fiction. I’m lucky because I have some really great fans who hone in on what I like and suggest interesting books to me (like The Devil in the White City: Murder, Magic, and Madness at the Fair that Changed America by Erik Larson which I’m currently reading). It just dawned on me recently that it’s not so much that I’m bad at getting any reading in while writing, it’s that I’m really bad at reading fiction while writing, which really bites right now because I have two books (Backlash by Pyke and Strength in Numbers by Vance) burning holes in my Kindle that I’m dying to read… but I’m behind schedule on the book I’m writing and I need to stick with it.

If you could bring any of your fictional characters to life for one day. Who would it be and what would you do?

Hoo boy. Well… Tom from my Baal’s Heart series would be my first choice. We’d probably go get raging drunk at a pub trying to outdo each other.

A fantasy novel called Kestrel’s Talon. It’s about a sex slave who gets purchased by… well, hm… It’s hard to explain. I’m notorious for giving almost nothing away about my books. Suffice it to say it has unconventional relationships. Um. Magic. Castles? A dog named “Pants.” I’m over the halfway mark and I’m hoping to publish it in April.

If anyone of your books could become a major motion picture which would you love to see up there and who would you cast?

Definitely my Baal’s Heart books (and you’d have to do a little time travelling to get some of it right, like age and sexual identity, and of course make-up/wigs/hair dye/contact lenses for some…)


…and a whole bunch more.

How do you celebrate a book release?

Buy a nice bottle of wine or whiskey. Take the night off and chat with fans. Watch a movie. Basically chill out :)

The best place to reach me is at my website: http://beydeckard.com - I update the blog there semi-regularly. You’ll also find me hanging out here:

Bey Deckard will be gifting one person (anywhere in the world) a sighned
paperback copy of Better the Devil You Know!

Simply, enter the rafflecopter below!
Winner will be notified via email so be sure to check your spam!
Contest ends  March 4th!

Thank you to Bey for being here today and for sharing with us!
Good luck everyone!


a Rafflecopter giveaway
Posted by Diverse Reader at 5:40 AM