Book of the Week: Lollipop by Amy Lane #Review 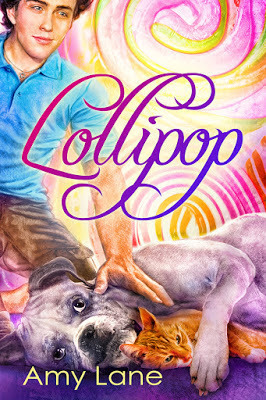 Ezra Kellerman flew across country to see if he had another chance with the man he let slip through his fingers. He didn't. Rico has moved on, but he doesn’t just leave his ex high and dry. Instead, Rico entrusts his family and friends with Ezra’s care. Ezra, confused, hurt, and lost, clings to Rico’s cousin and his boyfriend as the lifelines they are—but their friend Miguel is another story.

Miguel Rodriguez had great plans and ambition—but a hearty dose of real life crushed those flat. When Miguel finds himself partially in charge of the befuddled, dreamy, healing Ezra, he’s pretty resentful at first. But Ezra’s placid nature and sincere wonder at the simple life Miguel has taken for granted begin to soften Miguel’s hardened shell. Miguel starts to notice that Ezra isn't just amazingly sweet—he’s achingly beautiful as well. Suddenly Miguel is fending off every single man on the planet to give Ezra room to get over Rico—while fighting a burning suspicion that the best thing to help Ezra get over his broken heart is Miguel.

I do love this series. With each book the characters grow and grow. In Lollipop we have Ezra and Miguel. Ezra comes from a rich, luxurious past. That past however was also loveless, hatred filled, obsessive, and it nearly killed Ezra. He comes to Sacramento in the hopes he can get Rico back. Of course we know Rico is taken and in his quest he falls in love with the other half of himself… Miguel. Miguel gives Ezra the life he deserves and in turn Ezra shows Miguel that he is seen and together they love epically. I adore this book, this series, and Amy Lane has knocked it out of the park (something only Adam could do) Bravo!! 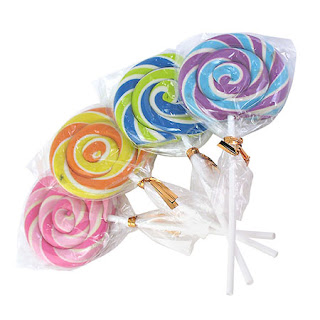 Posted by Diverse Reader at 3:17 PM