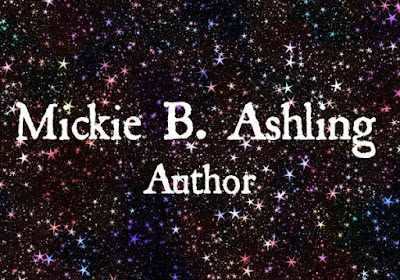 Saturday Author Spotlight time, folks! I'm excited to have author Mickie B Ashling here talking books and what it's like being a writer! We're going to look at some of Mickie's work, we have an interview, and of course an awesome giveaway! So, let's get started. 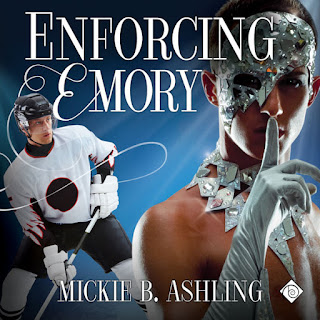 Blurb: Enforcing Emory
Olympic figure skater Emory Lowe falls in lust the moment he lays eyes on his new neighbor, hockey player Nikolai Vetrov. On the surface, Nik is a typical badass enforcer, intimidating and dangerous, on and off the ice. The only son of Ukrainian immigrants, Nik has been groomed from childhood to fulfill his father’s dreams of seeing him in the Hockey Hall of Fame. Igor guides his son toward that goal with a controlling—and abusive—hand, steering him clear of anyone who might ruin his chances.
Although Emory is the US National Figure Skating champion, he’s in-your-face gay, and his audacious persona rubs Nik and his family the wrong way. Raised by supportive and loving parents, Emory is Nik’s polar opposite in every way but one—his desire to succeed. Underneath the fluff and glitter beats the heart of a fierce competitor, and this side of Emory’s personality begins to close the distance between the two athletes.
While the attraction is one-sided in the beginning, Nik finds himself responding to Emory’s flirting. But before the incongruous pair have a chance at any sort of relationship, they must survive the pressures of career, separation, and most importantly, Igor’s ruthless homophobia.
Cover Artist Catt Ford
Narrator John Solo
Length 7 hours and 4 minutes 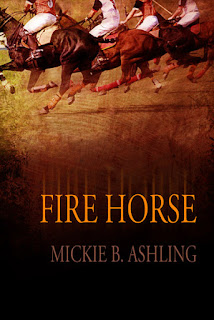 Blurb: Fire Horse
Polo: Book One
Preston Fawkes is ten the first time he meets fifteen-year-old Konrad Schnell at the San Antonio Polo Club. Captivated by the mystique surrounding the sport of kings, Pres vows to learn the game at the hands of his newly acquired friend and mentor. The hero worship soon grows into something deeper, but the friends are separated when Preston goes off to boarding school in England.
The relationship that follows is riddled with challenges?their age gap, physical distance, and parental pressure taking precedence over feelings yet to be explored. Although their bond goes deep, they deal with the reality of their situation differently: Preston is open and fearless while Konrad is reticent and all too aware of the social implications of making a public stand.
Their paths intersect and twine, binding them as tightly as a cowboy’s lasso, but fate may alter their plans. How will love overcome the divots in the turf as they gallop toward the future—one where obstacles no longer stand in their way? 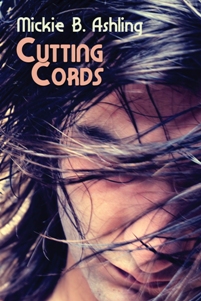 Blurb: Cutting Cords
When Sloan Driscoll and Cole Fujiwara become reluctant roommates, neither man is willing to share too much. Sloan is instantly attracted to Cole but knows it's a hopeless cause; Cole has a steady girlfriend. But one night they share a joint, and Cole opens a window neither anticipated.
A relationship may be impossible—both men are living with heart-breaking secrets. While Sloan is smart, sassy, and a brilliant graphic artist, he’s also a pothead with severe body image problems. Cole, a former major league pitcher, has his own personal crisis: he's going blind. Sloan and Cole are suffering on so many levels, they might not realize that the ultimate salvation could be within each other’s arms.

I want to thank you, Mickie, for being my spotlight author this Saturday. I often participate in your blog tours and I really felt like it was time to get to know you a little better.

It’s my pleasure to be your featured author today, Meredith. Thank you for thinking of me.

So, I’m going to start out getting to know YOU. Tell us what a typical day in the life of an author entails?

I started writing fanfic in 2004 when I was still working a full-time day job. Because there weren’t enough hours to be office manager, wife, mother, and aspiring writer, I embarked on this grueling schedule, which involved waking up two hours before anyone else in the household.  I wrote from 3AM to 5:30AM, and then I’d get in the shower to be able to leave the house by 7:00. Writing at night wasn’t possible what with dinner, kids, etc.  Now that I’ve retired from the EDJ, and my kids are grown and gone, I still prefer to write early in the morning. That’s when my creative juices flow the best. I wake up a little later though.  I’m usually up around 5 or 5:30 and write until 10 or 11. After that, I make it a point to step away from my desk. I’ve learned the hard way that exercise is very important if I want to stay healthy.   There’s a long list of ailments that can afflict a writer who doesn’t incorporate some form of cardio and weight-bearing routine. It’s much easier to sit in front of your computer and live off junk food and coffee (I did it for years), but now that I have more time, and I’m aware of the pitfalls, I’m a lot more religious about my trips to the gym.

Could you share with us the process from beginning a book to the end?

I’m a planner and write in a linear fashion. A rough outline, title, and character names have to be sorted in my head before I can start. My goal is usually 2500 words a day. Sometimes it happens, but on the days when I’m not inspired, I go back and read through my manuscript and tinker with it. Usually, it sparks an idea so I can move forward. I have a small group of beta readers who see and comment on each chapter as they’re written.  I guess this habit stems from my fanfic days when instant gratification gave me the encouragement and motivation to keep on writing. It also gives me an opportunity to fix a problem as it arises instead of waiting until the very end when it becomes more difficult. I’m not sure if my system is right or wrong but it works for me.

Off all your books, if you had to pick just one to be a major motion picture. Which would you choose and what actors would you cast?

A few years ago I was asked this question and my answer was Cutting Cords. Adam Lambert (whom I simply adore) would have been my choice for Sloan.  Since then, I’ve written Enforcing Emory, and I think it would make a great movie! Chris Hemsworth could play Nik, the enforcer, and Miles McMillan (artist/model) might make an interesting Emory. I can definitely see him glammed up and twirling on the ice.

You have lived in many places all over the world. Is there one place you’ve never been that you’d love to go… for book research of course!

I would love to go to Australia and New Zealand. I have several friends on that side of the world and have had many invitations to come and visit. The flying time is daunting and that’s what holds me back.  I’m sure I can break up the trip somehow but haven’t done it yet. It’s on my bucket list.

If you weren’t a writer, what could you see yourself doing?

If life gave me a do-over, I’d choose a career that involved a lot of traveling. I’m a gypsy at heart and enjoy visiting new cities and learning about different cultures. Diplomat? Tourism? Something along those lines.

Are you attending any conferences or retreats this year? If so which ones?

I’m attending the DSP writer’s workshop in Orlando in March. I have nothing else planned. On the writing front. I’m going on a cruise to Denmark, Norway, and Scotland in June.

Your new release Yesterday. It was very emotional and I found it to be quite suspenseful. Even though it takes place in 1978 Islamic nation, not much has changed there for homosexuality. Was there one thing, or story, or person in particular that was the bases of writing this book?

Before I answer your question, I’d like to thank you again for the wonderful review that you wrote on the novel. The day Yesterday released, I posted a short piece on the DSP blog, recalling the people and events that inspired my story . You can access it here:
http://dreamspinnerpress.com/blog/2016/01/22/inspired-yesterday-mickie-b-ashling-post-giveaway/

What were some of the best books you read in 2015?

Some of my more memorable reads in the m/m genre were Him, Violated, Let the Wrong Light In, Breakaway, How To Be A Normal Person, Sutphin Boulevard, Winter Kill, Sunset Park, Cold Fusion, A Fashionable Indulgence, In the Middle of Somewhere. I mostly read contemporary, murder mysteries, and historical romance. I’m not a fan of the paranormal genre or high fantasy.

I’m working on the sequel to a novel that will release in the summer. It’s a contemporary m/m romance set on a cruise ship touring the British Isles.

Thank you, Mickie, again for being here. It’s been a lot of fun and I look forward to many more books from you.

Mickie is going to be gifting one person any one of her ebooks AND the audio of Enforcing Emory!
Winner will be contact via email so please be sure to check your spam!
Contest ends February 12th!

Thank you to Mickie for being here today and being awesome and good luck to you all!


a Rafflecopter giveaway
Posted by Diverse Reader at 5:56 AM