A Piece of Me: C.S. Poe ~Monthly Feature 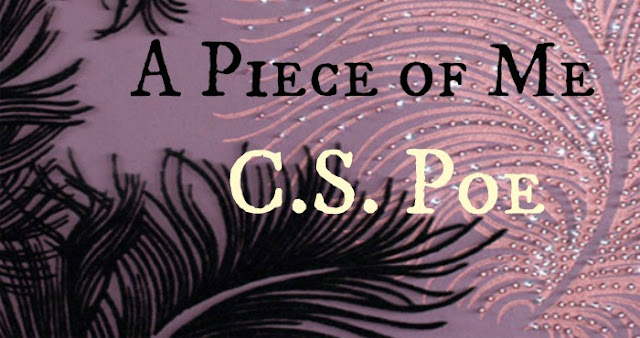 A Piece of Me is my monthly feature on Diverse Reader where a creative person (author, artist, musician, whatever) shares something about themselves. It can be a story from their childhood, a recipe and what it meant to them, someone they hold dear, anything at all. It's always such a treat when I ask someone and they say yes because it means they are willing to not only share a piece of themselves, but they are willing to do it here.

This month I have author C.S. Poe.  This is such a sweet and awesome post and I'm sure you'll all love it!

Once upon a time I used to live in Japan, and I taught English at a relatively small, really out of the way, middle school. So much out of the way it was nearly in the next town and I typically got home forty minutes after my fellow ALT instructors. I biked to school, taking all the shortcuts known to mankind, which included going past an ancient family plot and through some cabbage fields in order to keep my trek at about three miles one way. (I am not a person who enjoys exercise.)

One week I started to feel sort of sick but figured I'd caught some cruddy cold from the kids. It escalated really fast and before I knew it, I had a fever of 103 and my throat was so swollen I looked like I was storing nuts for the oncoming winter. I got permission from the school secretary to leave early and go to the hospital before they closed.

Because here's the thing about Japan I was not prepared for. The hospital is where you go when you’ve got the sniffles! And unlike America, the hospitals close. Like a business. My town's was opened nine to five, and closed on the weekend! So I had to hurry, because if I wanted medicine and possibly the next day off, I had to have a doctor's note to prove I was dying. (I certainly felt that I was, at least.)

I hopped on my bike and left in a rush, steering one-handed while navigating the route on my phone with the other. Somewhere between the center of my neighborhood and the hospital nearly ten miles away, it started to rain. As if the fever and vigorous biking wasn't enough, now I was wet and cold. But I thought, Hey... I'm almost there, I'll be okay.

That's when I blew the tire on my bike.

I was alone, in the rain, half delirious, on the side of the freeway with a flat. In those moments of insanity, I think I started laughing. It's difficult to remember. I considered leaving the bike and just walking the rest of the way, but I wouldn't have made it to the hospital in time. I called one of the contacts at my company in an act of desperation.

She had a car. She could help.

Except she was at the office in Omiya, and I was in Koga and she'd have needed Star Trek warp speed to get to me. So I hung up, squared my shoulders, got on my bike, and finished the last five miles on a flat.

Good news is, I got medicine for tonsillitis and a note to stay home the next day! That wasn’t my only bad experience with the bike-from-hell, but it was by far the funniest. (After the fact, of course.) I now fondly hold onto that memory, because it keeps life in perspective. Never let a bad day sour your mood. At least you’re not riding a bike with a flat in the rain while sick, amirite?
May you always find love in the end! 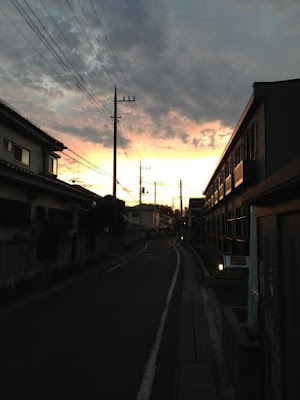 C.S. Poe is an author of gay mystery and romance. She lives in New York City, but has called a host of different locations home in the past, most recently being Ibaraki, Japan. She has an affinity for all things cute and colorful. C.S. is an avid fan of coffee, reading, and cats, in no particular order. C.S. Poe can be followed on her website, www.cspoe.com, for more information.
Facebook: https://www.facebook.com/c.s.poe1
Twitter: https://twitter.com/cs_poe
Tumblr: http://cspoe.tumblr.com/
Instagram: https://www.instagram.com/cspoe/
Blogger: http://authorcspoe.blogspot.com/
Goodreads: https://www.goodreads.com/author/show/13832392.C_S_Poe
Website: http://www.cspoe.com/
Dreamspinner Press: http://www.dreamspinnerpress.com/AuthorArcade/cs-poe
Amazon: http://www.amazon.com/C.S.-Poe/e/B00YNHOV4W/ref=ntt_dp_epwbk_1