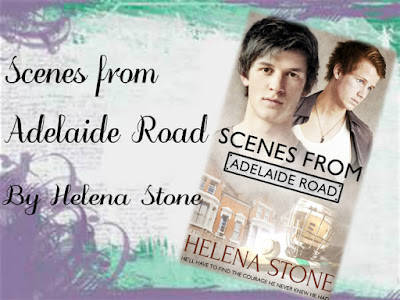 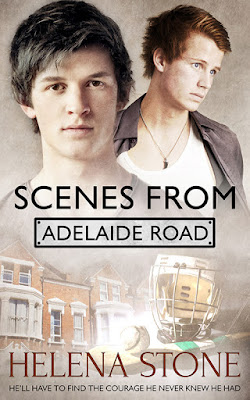 Can a young man find the courage he never knew he had when faced with losing everything he holds dear?
A few months before his final exams in secondary school, nineteen-year-old Lennart Kelly discovers he’s inherited a house on Adelaide Road in Dublin from a grandfather he never knew. Having been ignored, bullied and abused for as long as he can remember, Lennart can’t wait to leave behind his father and the small town he grew up in. Moving away as soon as he finishes his exams doesn’t cure his deep-rooted insecurities though.
Meeting twenty-three-year-old Aidan Cassidy in a gay club on his second night in Dublin, scares Lennart. Used to being ignored and ridiculed, he doesn’t trust the attention he receives and can’t believe a man like Aidan could possibly be interested in him. It takes infinite patience and understanding from Aidan to slowly coax Lennart out of his shell.
But the past refuses to stay where it belongs and Lennart’s father is determined to take the house in Dublin off his son by whatever means necessary. Just when Lennart is learning to trust and embrace life, a violent attack threatens everything he holds dear. Suddenly Lennart is in danger of losing his house, the man he’s grown to love and maybe even his life. If Lennart wants to protect Aidan and safeguard his future, he’ll have to find the courage he never knew he had.

First I’m going to start out with saying that I adore the way Helena Stone writes. There’s such a poetic grace to her style. I’ve read many of her works and have never been disappointed. I’ve always felt like I just experienced something extraordinary and with Scenes from Adelaide Road that feeling still stands.
This is a breathtaking story. One that brings a secret past to a hopeful future. My heart wept for Lennart. For his tragic life growing up to discovering something I felt had he known, his entire upbringing would have been better. He’d have felt the love he so desperately deserved. Then there’s Aiden. Oh I love that man. He is an anchor for Lennart and you just kind of cling to him right along with Lennart.
Now this story isn’t all self-discovery and finding love. Lennart and Aiden have a fight on their hands and it gets so ugly my heart broke and rage flared as I turned the pages.
This story has a lot to it. Love, power, bliss, hatred, discovery, and relief. This is an absolute must read by all!

Thank you Diverse Reader for hosting me on your blog today.

Just over a year ago:

My husband: “Hey, did you see this?”
Me: “What’s that?”
Husband: “A short story competition.”
Me: “Oh that looks interesting. Six-thousand words is doable. I wanted to write something based on that song by Tara any way.”
Husband: “Which song?”
Me: “Anything.”
Husband: “Great idea, go for it.”

A month and fifteen-thousand words later I gave up on the idea of a short story. I shelved what I had written in separate folder and decided to write a full length novel based on Anything during NaNoWriMo 2014.

By early 2015 the written version of Anything had been retitled Scenes from Adelaide Road and my husband did his usual proof-read, so that I could send a relatively mistake-free version to my beta-readers.

In subsequent months the story went through a few changes, was submitted to Pride Publishing, accepted and edited. Fast-forward to October 2015.

Me: “Remember how that book I wrote was inspired by your song?”
Daughter: “Yes.”
Me: “Well, I’ve been thinking.”
Daughter: *looks at me suspiciously* “Okay….”
Me: I was thinking how nice it would be to have a book trailer.
Daughter: “Sounds good.”
Me: “Do you know how to do something like that?”
Daughter: “Yeah.”
Me: “Would you do it for me. Using your song, of course.”
Daughter: “Sure.”

In between these conversations, another one took place; this one between my husband and my daughter. The end result of that talk was a studio production of the song Anything.

They say writing is a solitary activity, and for the most part I’d have to agree. However, they also say there’s an exception for every rule, and Scenes from Adelaide Road proves how true that is.

They say it takes a village to raise a child. I say it sometimes takes a family to get a book from idea, through promotion, to release. I count myself very lucky that not only do I have the full support of my loved ones when it comes to my writing, they are also more than willing to put their time and energy into what, until recently, was merely a dream of mine. 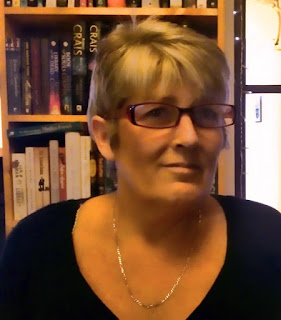 Helena Stone will be gifting one person a copy of Scenes from Adelaide Road. Simply fill out the rafflecopter below. Contest runs until December 6th. Winner will be contacted via email so please check your spam.

Thank you to Helena for being here today and writing such an excellent book!