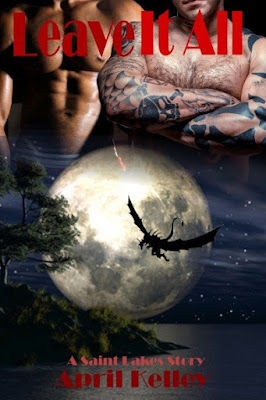 Lucas just wanted to be a normal human being, but normal is highly over-rated.

Lucas Speck had been just some guy who worked at an office supply store and house-sat for his snowbird parents. He was nobody special. Or that’s what he thought before the headaches start and weird things start to happen to him. When people start chasing him his whole life gets turned upside down.

Bennett Somerset is a dragon shifter, who likes his quiet life in his quiet town. He isn’t looking for complications. He already has a family that defines the words, weird and crazy, to perfection. Good thing they live in a small town where nothing ever happens. That is until he smells the most delicious thing in the world and realizes it’s his mate. His little witch of a mate just made things way more complicated.

FREE on Kindle Unlimited
Which means, If you buy the book outside Amazon you will also receive a free short story

On a shopping trip to the mall with his brother-in-law, Lucas makes a bet he’s not one hundred percent sure he can win.

Christmas was Lucas’ favorite holiday and this year would be the best ever. Gone was his boring, less than stellar life. Now he had his dragon shifter mate and a family that actually liked to spend time with him. What more could he ask for?

Well, he wanted his mate to wear one of the ugliest Christmas Sweaters in the known universe. He had a hundred dollars riding on it. His mate could be as stubborn as a…well, a dragon, at times. He just might lose this bet, after all.

Bennett came closer and sniffed the air. He jumped down next to Forrest and sniffed his hair and clothing. “You smell good.” Bennett’s cock got hard and he backed up, away from Forrest. “Why do you smell like that? Who have you been around?”
“New renter is all. It’s why I’m here actually.” His brother bounced around on the balls of his feet.
Bennett frowned and dismissed the wonderful smell. It was easy to do, especially when he moved away from Forrest. “Whatever it is, I said no.”
“But he needs a job and you need help. It looks like rag city threw up around here.”
That smell drifted to him again, but this time it hadn’t come second hand off Forrest. He turned and saw the most beautiful man Bennett had ever seen. Bennett’s cock hardened in his coverall and his eye changed. His dragon was pacing, wanting closer to their mate. Bennett stalked around Forrest, taking in deep breaths as he drew closer.
The cute little man took a step away from him then and his eyes widened. “Forrest,” the man said his brother’s name in a panic, which pissed Bennett’s dragon off.
Bennett growled out a warning to his brother to stay away from his mate.
“What is he? Oh, God, get him away from me before I freak the fuck out and lose my shit.” The man held a hand up in an attempt to stop him. “Seriously, dude. I don’t know what your problem is but I don’t always have control when I’m scared. Kinda like now. I don’t want to hurt you. I’m sure you’re a perfectly nice guy who just so happens to be looking at me like I’m a cheeseburger.”

Witches, vampires, and dragons. What's not to love about that. Lucas is a witch who has great power. Of course, with all that power people start to take notice. Vampires want his so Lucas needs to, you know, not be caught. Bennett is the fabulous dragon shifter and when he sees Lucas in trouble he steps...err flies in.  If you're gonna have a mate, have it be a dragon because.... AWESOME!
This was an exciting and very entertaining story by April Kelley. It's not your typical shifter book but that's what I loved. The fantasy, magic, and love in this story made it wonderful adventure! 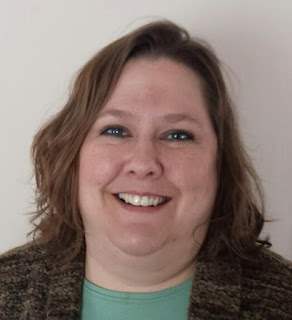 Living in Southwest Michigan, April resides with her husband and two kids. She has been an avid reader for several years. Ever since she wrote her first story at the age of ten, the characters in her head still won't stop telling their stories. If April isn't reading or writing, she can be found
outside playing with the animals or taking a long walk in the woods. If you wish to contact her, email authoraprilkelley@gmail.com. Please visit her website at authoraprilkelley.com