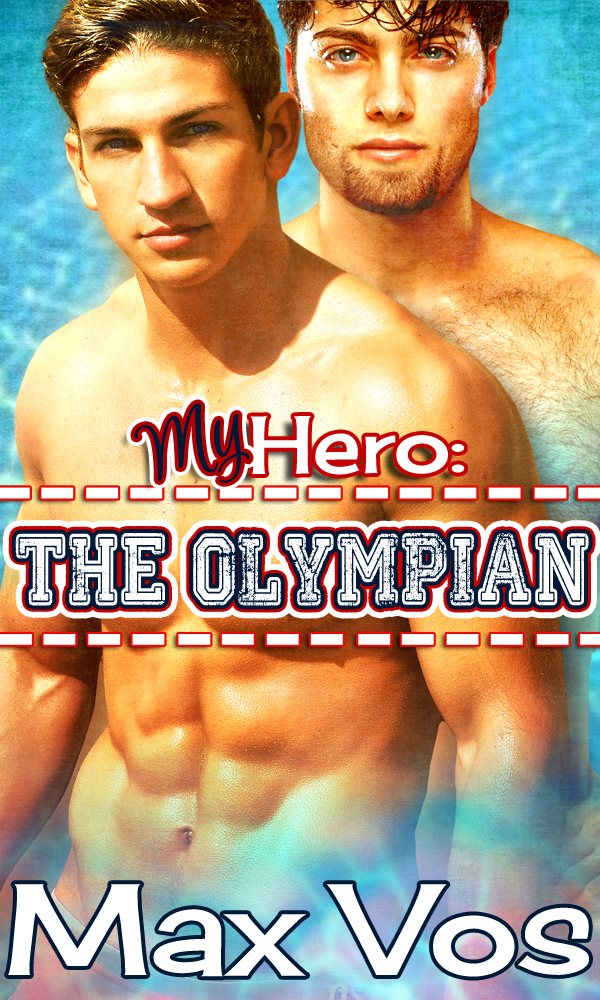 TITLE: My Hero: The Olympian

BLURB: After a romantic evening, Rich and Johnny face the light of day as a couple. Johnny’s coming out forces them to face some serious repercussions as the world of collegian jocks adjust to their first openly gay football player.

Rich is still working towards the World Diving Championships with his hopes and dreams set on the 2012 London Olympic Games, while as a couple they deal with concerns closer to home.

With the support of friends and family, the young couple grow closer together, but with prejudices and adversity at every turn will Johnny and Rich be able to tackle the world together?

No matter what, Rich will always be Johnny’s hero.

“No, I’m not going to and there is nothing you can say that will make me either.” Johnny crossed his arms, a defiant look on his face, his eyes narrowed slits.

“Oh come on, John, I wear them.” Rich held up the skimpy black racing briefs. “For me?”

Johnny looked away. “No. I said no and I mean no.”

Rich leaned in close to Johnny so only he could hear. “If you wear this, I can guarantee you some of the best sex in your life. If you think I get turned on by jock straps…”

Johnny glared down at Rich. “You don’t play fair.”

“Wasn’t it you who recently said that all is fair in love and war?” Rich smirked as he dangled the tiny briefs in front of Johnny.

“It better be the best ever.” Johnny let his arms drop. “Okay. But you promised.”

Johnny’s eyebrows shot up and a grin blossomed on his face. “Deal.”

“Are we done here?” Dan called to the two college men. He was standing at the counter, credit card in hand.

“I think this will be all,” Dan said to the clerk.

“I’m going to give you a discount,” the young woman said as she rang it up. “It isn’t every day that we can say an Olympian wore some of our gear.”

“I’m not an Olympian yet,” Rich commented.

“Rich Miller, I’ve known you my entire life, and if anyone is going to be an Olympian, it’s you.” Michelle Stubbon smiled at Rich as she started putting the pile of swimsuits, track suits, shorts, and other things that he and Johnny needed for London in a bag.

“Thanks, Michelle. I appreciate the confidence everyone has in me.”

“Just remember us lowly folk when you come home with Olympic gold,” she laughed as she handed Dan the receipt.

Max Vos is the bestselling author of My Hero. He is loved by his readers for his ‘inappropriate’ side, bringing hot and steamy sex to his writing. Not hemmed in by a single genre Max has the ability to woo you with sweet romance, move you with the power of his words and make you question your definition of love.

Having retired in 2011 after more than 30 years as a chef, Max turned his creativity to writing. You can always find wonderful Southern charm, well rounded and vibrant characters with a good meaty story line in a Max Vos book. Each book will give you something new and amazing to love.

Winner’s Prize: E-copies of My Hero and My Hero: The Olympian

Runner Up’s Prize: E-copy of My Hero: The Olympian


December 15: Loving Without Limits
Posted by Diverse Reader at 4:24 AM