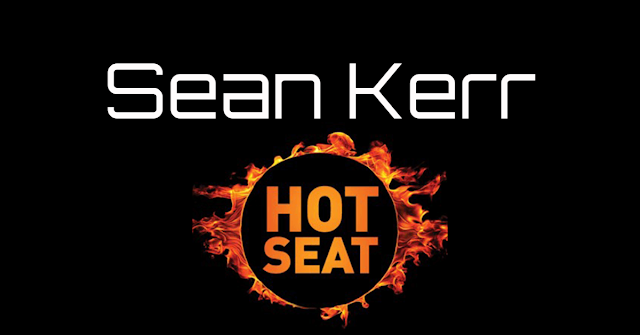 Diverse Reader is so happy to have Sean Kerr hanging out with us today. Aside from being an amazingly talented author he's such a fabulous person. Kind, compassionate, and funny. I hope you enjoy the Fast Fire Questions and a look at his incredible work.

What was the title of your very first publication?
Dead Camp.

What is the title of your latest publication?
Alive.

Who are three characters you’ve written you wish were real?
Eli and Malachi from Dead Camp, and James from Alive.

What is your favorite color?
Blue.

Early bird or night owl?
Both. I get up early and go to bed very late.

What are three books you could re-read over and over again?
Dracula by Bran Stoker. The Historian by Elizabeth Kostova.


The Keep by Paul Wilson.

How many books, to date, have you written?
Eleven books. Four short stories.

Do you have a quote you live by?
‘Do not fear failure but rather fear not trying.’ (from Roy T. Bennett.) 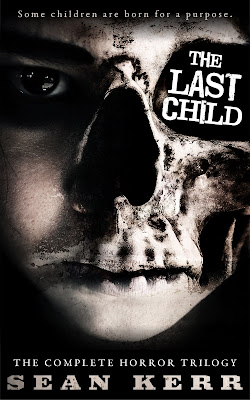 Some children are born for a purpose.

Samuel is having a tough time of it in school as he is tormented by a vicious gang of bullies, but it is nothing compared to the torture of his home life. Every night he hopes that his friend will take him away from his horrors, a friend he calls the Universe, a constant voice that speaks to him in his darkest moments. At least the Universe loves him.

As his teacher, Christina King wants so much to help Samuel, but she’s haunted by her own horrific childhood and the monstrous tragedy that stole her youth. She feels drawn to the young boy, she understands his pain, but she has no idea of the nature of the true horror that binds them in a vicious game of tug and war.

There is only one group of people who know the truth about Christina and Samuel, a sinister group of watchers who have observed them all their lives, a group known as 'I Tredici'. They have been waiting for centuries, and as the signs of the oncoming apocalypse reveal themselves in blood and brutal murder, they know the ancient war is upon them at last. Only they understand the roles that Christina and Samuel must play in the coming days, and only they know how the outcome will change the course of history forever.

Please note- this is the OMNIBUS edition with all three books placed into this one volume. 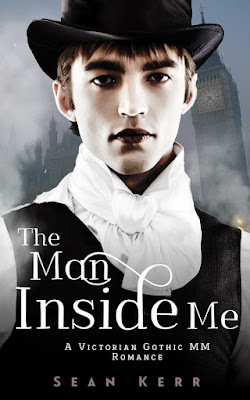 Victorian London is a difficult place to be when you are gay, as Henry and Gabriel know all too well.

When they were young at Oxford University, Henry and Gabriel’s love burned hot and bright, and they thought to change the world together until a devastating tragedy ripped them apart.

Now, as youth fades away, Henry can no longer stand to see his own reflection in the mirror. All he sees is a sad, tired old man whose body has betrayed him. He craves the touch of another, to feel attractive and vital once more but his obsession with finding a cure for insanity has stolen his life away, and now his work has taken on a dark and sinister dimension. How far will he go to recapture the passion of his lost youth?

Gabriel fears that Henry is losing his mind, and when a brutal killer invades their lives, they are thrust into the dark depths of Victorian London in a fight for their very lives.

As their friendship is tested to its limits, Gabriel cannot help but wonder if there is still a chance for love. Can they move beyond the friendship that has spanned over thirty years and find the love that once made their hearts beat as one? 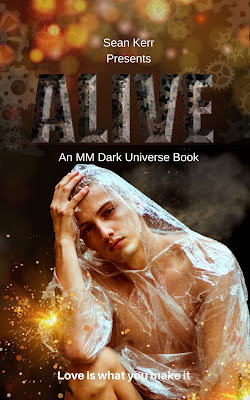 James has seen some big changes in his life of late. First, he was dealing with a debilitating illness, the consequence of which would leave him scarred for life. Then he split up from his girlfriend, who also happened to be his boss. To top things off, he fell for his doctor, a certain Jack Thesiger, a man destined to change the course of his life forever.

When a series of strange manuscripts fall into James’s possession, he finds himself drawn into an enchanting love story two hundred years in the making. It is the story of two young men who fall hopelessly in love, but as James sinks deeper into their tale, his growing obsession takes on a sinister dimension.

Someone is following him, a tall ominous stranger who seems to be connected to the manuscripts somehow. No matter where James goes, the stranger is never far behind, haunting his every waking moment until James starts to doubt his own sanity.

As illness once again ravages his body, Jack decides to take James away to Scotland so they can spend some quiet time together. It is there where the mystery really intensifies, and James finds himself plunged into a living nightmare where nothing is as it seems.

You know what they say when it comes to relationships. Love is what you make it.

My name is Sean Kerr, and I am a 49-year-old gay man living in Cardiff, Wales with my husband of 28 years, Derek. We have our mad cat, Rita and, and a host of tropical fish.
I worked on building sites for years, and I used the money earned from that to put myself through college, specialist paint techniques etc. I trained in fine art, and then I went out and painted murals on client’s walls, and created Roman Bathrooms and fantasy hand painted bedrooms, all the rage back in the late eighties and nineties. I then became an Interior Designer for a large DIY chain. For the past thirteen years I ran my own Interiors business, and while that is no longer in existence, I am now looking for my next challenge in life!
By day I make handmade jewellery and sell them on my Etsy shop. But by night I transform into the author! It took me some years to get to this point. I spent a very long time trying to get an agent because I thought it was the right thing to do, and after a heck of a lot of refusals, I nearly gave up. I came so close to hitting the delete button on Dead Camp 1 because I thought I did not stand a chance. At the very last moment, I decided to have a go at approaching a few publishers directly, and I sent the manuscript to six. Within two weeks, I had offers of publication from three! Let’s just say that there may have been tears lol. It was my chance, at last, to become a part of a world that I have always loved and admired from a distance, and it is one of the very best things to ever happened to me.
I recently ventured into the world of self-publishing. ‘The Man Inside Me’, ‘Alive’ and ‘The Last Child’ represent my first wave of self-published work, though I have been lucky to be able to use the same editor who I worked with on my traditionally published works.
My book, ‘The Man Inside Me’ is an MM Victorian Gothic Romance, and I think it is the favourite thing I have written so far. It deals with two men in their fifties trying to find love again, a subject that is very close to my heart as I approach that milestone. It is a very important book to me, and while it has some very ‘KERR’ twists and turns, it is, at its heart, a very romantic tale that deals with middle age. I am particularly proud of this book, and it is a very different spin on the MM genre.
Alive is my latest book, and the start of a whole new Dark Universe series. Part gay romance, part horror, part sci fi, part historical. I know, quite the mix. But that’s what I love to do. Conspiracy, mash ups and sexy horror!!
Thank you for taking the time to read this, and I look forward to meeting you on social media.
Stalking links! Come and say hello!