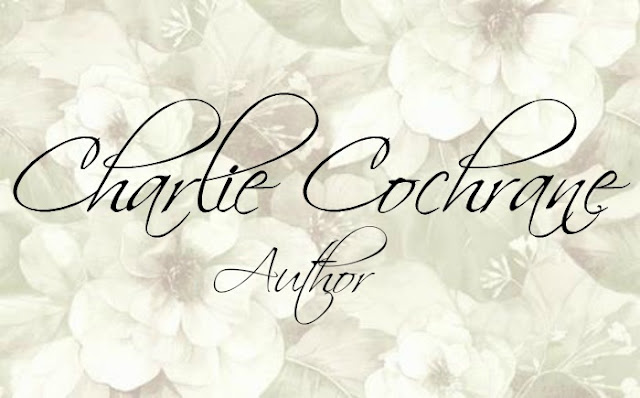 Hello, everyone, and welcome to another fabulous Author Saturday Spotlight! Today we have Charlie Cochrane, author of such series as Cambridge Fellows and Lindenshaw Mysteries. We are going to look at some of her works, we have an interview, and naturally we close it down with a giveaway. So, grab your coffee, tea, whatever, and enjoy! 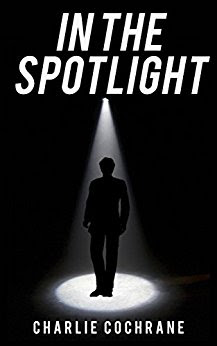 In the Spotlight: Two stories by Charlie Cochrane

All That Jazz
Francis Yardley may be the high kicking star of an all-male version of Chicago, but bitter, and on the booze after the breakdown of a relationship, he thinks that the chance for true love has passed him by. A handsome, shy rugby player called Tommy seems to be the answer to his problems, but Tommy doesn't like the lipstick and lace. Can they find a way forward and is there still a chance for happiness "nowadays"?

If Music Be
Rick Cowley finds himself taking up am-dram once more, thinking it’ll help him get over the death of his partner. He’d never anticipated it would mean an encounter with an old flame and the sort of emotional complications the Bard would have revelled in. Still, old Will had the right word for every situation, didn’t he? 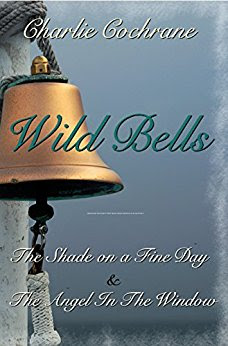 The Shade on a Fine Day:Curate William Church may set the hearts of the parish's young ladies aflame, but he doesn't want their affection or presents, no matter how much they want to give them to him. He has his sights set elsewhere, for a love he's not allowed to indulge. One night, eight for dinner at the Canon's table means the potential arrival of a ghost. But what message will the spirit bring and which of the young men around the table is it for?The Angel in the Window:Two officers, one ship, one common enemy.Alexander Porterfield may be one of the rising stars of the British navy, but his relationship with his first lieutenant, Tom Anderson, makes him vulnerable. To blackmail, to anxieties about exposure—and to losing Tom, either in battle or to another ship. When danger comes more from the English than the French, where should a man turn?


Thank you, Charlie, for being here today. I believe this is your first go around on the blog so that’s super exciting! I promise it won’t be painful and by the next time you’ll be a pro! So, get comfy.

What sparked your love of mysteries?

I have no idea, because it goes back so far. I learned to read before school, ploughing through my brother’s weekly comics, so by the time I was nine my dad was encouraging me to read the Topper books and Agatha Christie. I’ve always loved radio and television crime and mystery shows, too. I’m sure that diet of weekly episodes, where a story took six weeks to unfold and be resolved, has helped with constructing a plot. It feels instinctive to put in a red herring just here and have a moment of tension just there.

If you could have dinner with any mystery writer, no longer alive, who’d you pick?

Oh! That’s so difficult. I’m torn between Agatha Christie and Michael Innes, each of whom was a genius with a plot. I’d love to ask about the working of their minds; specifically, I’d like to ask Dame Agatha if she was a bit of a “pantser” as I am. Her working diaries imply that to be true at times. I’d also like to ask Michael Innes if that really was a gay flirtation scene he wrote into “Death at The President’s Lodging” between Appleby and Gott, because that’s certainly the way I read it.

Of the two series you write, which would you want to see become a TV Series if you could?

The Cambridge Fellows, because they’d be a bit different from the usual historical dramas. They’d certainly have a USP – although I’d be paranoid that they’d muck up the casting and their Jonty wouldn’t look anything like my Jonty. Mind you (and this is inside knowledge divulged by another author) they like you to have three main characters in a TV series, so I’d have to work out whose part - if you’ll excuse the expression – would need expanding to make the third with Jonty and Orlando. Maybe Jonty’s mother would like a starring role.

For your historical mysteries…has your research ever turned up something interesting or have you ever stumbled on to something?

All the time. What I love is when it turns out the past is different to what we’ve learned. Like how in the old days everyone was law abiding and there weren’t the horrific crimes there are now. I have a reproduction newspaper from 1847, and it’s full of stories murder, rape and the like. My favourite “this is completely counter-intuitive” fact is that they had women blacksmiths back in the days on Henry V. And if you were a widowed blacksmith you could have an extra apprentice as you didn’t have your wife to work for you!

Are you attending any conferences or conventions this year?

Not any big ones, which will be the first year in ages I haven’t done two or three. Plenty of other stuff in the diary, though – I was on a panel at Portsmouth Book Fest last month, discussing the role of the female sleuth in fiction, and in August I’ll be at Selsey authors, where I might have to be restrained from fangirling both Simon Brett and the delightful Peter Lovesey.

What was the first story you ever wrote?

Do I have to admit that? Outside of school work, it was an awful Lord of The Rings inspired thing when I was about fifteen. I guess it’s what I’d now recognize as slash fanfic, but it was simply too ghastly to be called anything but sheer and utter rubbish.

Can you tell us what you’re currently working on and/or what’s coming?

I’m doing the edits for Broke Deep, which is a contemporary romance (part of the Porthkennack universe) and will be out this summer from Riptide. Long time since I’ve written a category romance so I’m enjoying it very much. Then I’ll be playing around with a Cambridge Fellows which will go into second draft. And I’m writing a daft short story about glyptodonts for a pal.

How do you decompress after completing a book?

I get on with the next one. I always have a story on the go, even if it’s just a few random scenes, conversations and ideas waiting to be developed. Apart from on when I’m on holiday, I get quite twitchy if I’m not writing. It’s as though the stories have to come out.

I’m all over the place like a rash, as the late lamented James Hunt used to say. Here’s just a few places I hang out.
Facebook: https://www.facebook.com/charlie.cochrane.18
Twitter: http://twitter.com/charliecochrane
Goodreads: https://www.goodreads.com/author/show/2727135.Charlie_Cochrane
Blogs: http://charlie-cochrane.dreamwidth.org/ and https://charliecochrane.wordpress.com/
Website: http://www.charliecochrane.co.uk

Coffee or tea? Both, depending on time of day. Tea with breakfast, a couple of coffees mid morning, tea mid afternoon.
Dog or cat? Neither. A nice little planarian worm, please. Yes, I’m strange, I know.
Day or night? Now how can I choose between a beautifully blue spring sky or twinkling autumn stars.
Favorite flower? Freesias.
Favorite season? Spring. Such a feeling of anticipation, and amazing colours.
Favorite alcoholic drink? Really good quality champagne. When I can get it.
Chocolate or vanilla? Vanilla, especially in ice-cream.
Ebook or paperback? Ebooks to publish, paperbacks to read.

Okay, Charlie, thank you so very much for being here!
It’s been an absolute pleasure.

Charlie is offering one winner both books
highlighted today: In the Spotlight and Wild Bells!
Fill out the rafflecopter below. Contest will end on March 24th!
Thank you!


a Rafflecopter giveaway
Posted by Diverse Reader at 5:25 AM