Guarding Morgan French and Italian translations and audiobook
The Book 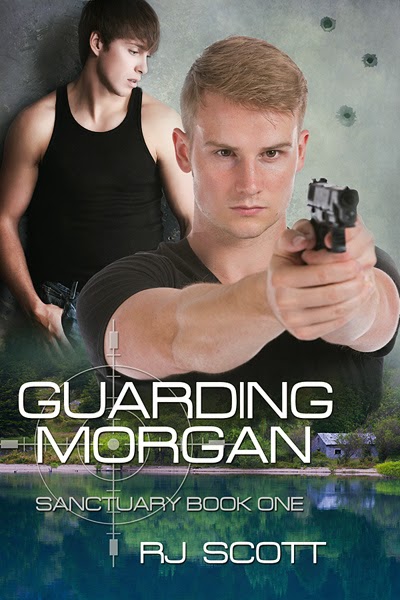 Morgan Drake witnesses a murder in an alleyway. He is the only person who can give evidence in prosecuting the cop responsible for the crime. When the FBI safe house where he’s being held is compromised, he follows the instructions of his agent in charge and runs.
Nik Valentinov works for Sanctuary, a foundation that offers witness protection when FBI security is questionable.

When Morgan's handler sends him to Nik for safety, neither Morgan nor Nik could imagine that two weeks alone in a cabin in the woods could start something more. Something way more than just trying to keep Morgan alive. Something that makes their heart race more than danger...... Love.
French Translation details and Buylinks - http://rjscottauthor.blogspot.com/2015/01/proteger-morgan.html