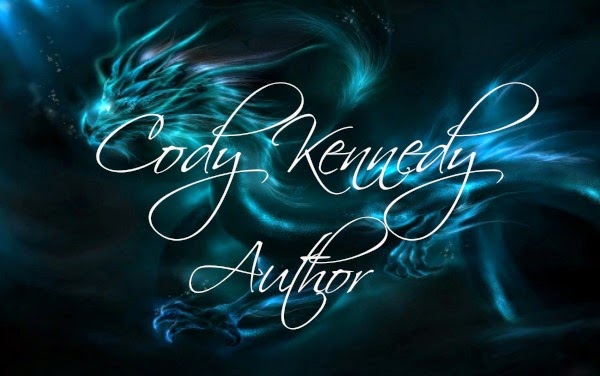 Cody Kennedy is the amazing YA author of such books as Safe, Omorphi, Fairy, and his upcoming book Slaying Isidore's Dragon. I have the honor of not only having him as my spotlight author this Saturday but he's here doing an interview and a giveaway.

Slaying Isidore's Dragon will be available to you on April 9th. Let's take a peek at this highly anticipated book: 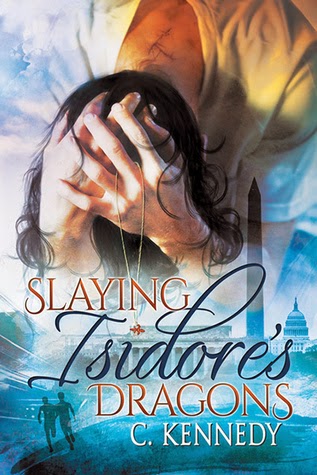 Follow the burgeoning love of two teens during the worst year of their lives. Irish-born Declan David de Quirke II is the son of two ambassadors, one Irish and one American. He is 'out' to his parents but to no one else. French-born Jean Isidore de Sauveterre is also the son of two ambassadors, one Catalan and one Parisian. His four half brothers have been told to cure him of his homosexuality. Both teens have lost a parent in a London car bombing.

Declan and Isidore meet at the beginning of their senior year at a private academy in the United States. Declan is immediately smitten with Isidore and becomes his knight in shining armor. Isidore wants to keep what is left of his sanity and needs Declan's love to do it. One is beaten, one is drugged, one is nearly raped, one has been raped. They are harassed by professors and police, and have fights at school, but none of it compares to running for their lives. When the headmaster's popular son attempts suicide and someone tries to assassinate Declan's mother, they are thrown headlong into chaos, betrayal, conspiracy, allegations of sexual coercion, even murder. And one of them carries a secret that may get them killed.

5 New family members, 4 BFF’s, 3 Countries, 2 Extraordinary Psychologists, 1 Courageous Mother & a new beginning for two young men in love
You can pre-order it now or on April 9th order it on Harmony Ink Press

Other books by Cody Kennedy: 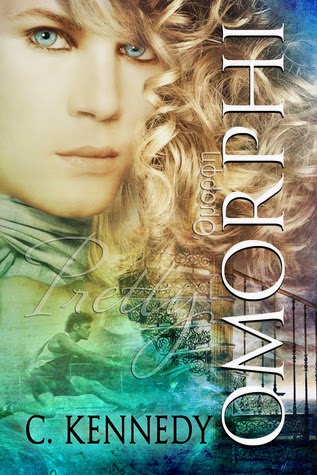 "Hauntingly beautiful, a book that you never wanted to end because you were so much a part of the characters lives. When you finish the book you want to know more, to pick up the phone and call Christy. Magically written, the voices and setting of the story were so clear you lived each moment with the characters."~Rainbow Awards Honorable Mention, 2014

High school senior Michael Sattler leads a charmed life. He’s a star athlete, has great friends, and parents who love him just the way he is. What’s missing from his life is a boyfriend. That’s a problem because he’s out only to his parents and best friend. When Michael accidentally bumps into Christy Castle at school, his life changes in ways he never imagined. Christy is Michael’s dream guy: smart, pretty, and sexy. But nothing could have prepared Michael for what being Christy's boyfriend would entail.

Christy needs to heal after years of abuse and knows he needs help to do it. After the death of his notorious father, he leaves his native Greece and settles in upstate New York. Alone, afraid, and left without a voice, Christy hides the myriad scars of his abuse. He desperately wants to be loved and when he meets Michael, he dares to hope that day has arrived. When one of Michael’s team-mates becomes an enemy and an abuser from Christy’s past seeks to return him to a life of slavery, only Michael and Christy's combined strength and unwavering determination can save them from the violence that threatens to destroy their future together. 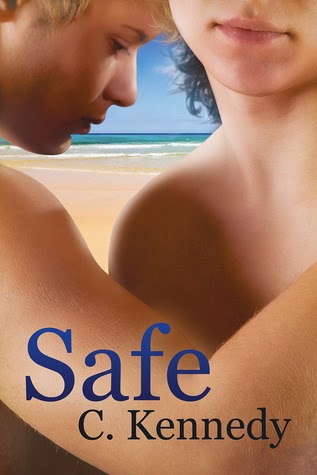 They met at ten, they kissed at twelve, and were madly in love by eighteen.

Caleb Deering is the captain of the swim team and the hottest senior in school. He comes from a loving home with a kind father and a caring, but strict, mother who is battling breast cancer. Nico Caro is small and beautiful, and has a father who rules with an iron fist--literally.

One morning Caleb forgets himself, and he pecks Nico on the lips at school. A teacher sees them and tattles to the Headmaster. The accidental outing at school might be the least of their problems, because the ball set in motion by the school’s calls to their parents could get Nico killed. In the face of that very real danger, Caleb knows he has only one mission in life: to keep Nico safe.

Before we get to the giveaway let's check out this interview!

Thank you, Cody, for being here today and indulging me by answering my questions.


Thanks for having me on your blog, Meredith! I am excited to be here!


The blurb for Slaying Isidore's Dragons is intense. How did the idea for this book come to be?


I originally set out to write a book about what it feels like when your abusers are not prosecuted. Only 3% of child sexual abusers are prosecuted in the United States no matter how red-handed they are caught. Sad, but true. Because I didn’t want to drag readers through a lengthy trial wherein a victim is forced to relive what he endured, I had to consider other circumstances where an “abuse of privilege” might apply. Diplomatic Immunity is one of them. Amazing abuses of privilege have occurred with diplomatic immunity.


The 6 Most Ridiculous Abuses of Diplomatic Immunity


Once I decided that Isidore’s family members had diplomatic immunity and couldn’t be prosecuted, and given that I only write stories of hope and triumph, I had to consider how this could be overcome. What better way to do it than to pit two ambassadors against each other?


Thank you, Meredith! As authors, we know that the meaning behind names is important. For Declan, I needed an Irish name that spoke to his character—in this instance, nearly a saint. The meaning of Declan can be found here. As for Isidore, I’ve always loved names that begin with Isi. Isidore, Isabelle, etc. Further, I speak a number of languages and am a fiend for listening to different pronunciations and accents. I also wanted a name that conveyed how wonderful a person can be in spite of what they have endured. People often shy away from befriending abused people because they preconceive that they are bothersome or a handful when, in fact, most people who have endured abuse are incredibly kind and go above and beyond in contributing to friendships. They are true blessings to know and the meaning behind Isidore is “gift.”


Stunning cover, who is the designer?

Reese Dante, book cover artist extraordinaire, created both Omorphi’s cover and the cover for Slaying Isidore’s Dragons. She is an absolutely amazing artist and a true visionary. She is also extremely patient, a good listener, thoughtful, easy to work with, and gives authors many choices. I can’t recommend her highly enough.


If you could pick one thing, what do you most hope your readers will take away from this book?

Hope for good things to happen. Everyone needs hope, but especially an abused person. It is often all that we have to hold onto.


Have you ever traveled for book research? If yes, where. If no where would be your dream place to go?


I have traveled extensively from the time I was young, so the answer to the former question is no; and the answer to latter is, TOO MANY PLACES TO LIST. It’s easier to say what I do not wish to see—the Far East. Don’t ask me why. I simply have no interest in it and have no well-founded reason for my selective lack of interest.


Your books are beacons for the YA LGBT Community. Not to mention you are loved in this genre by your fellow writers. As a role model, what do you feel is most important to get across for LGBT youth?


*blushing furiously* What beacon? Where? I write! Thank you for the high compliments, Meredith. I would say to the LGBTQIA youth of today that you are living in an extraordinary time of change and change doesn’t come about without strife. Seek knowledge and understanding, and live life to the fullest. Don’t let anything get in the way of discovering all of the wonderful things within you and in the world. For everyone I say, life only gets better with age and I’m living proof of it. #olderthandirt


Can you tell us about other projects you are working on?


I’m currently working on a co-write with Shira Anthony. It’s an adult suspense-action story centered on drug and sex trafficking. The working title is Solitary Man. I am also finishing Tharros, the sequel to Omorphi. There is one other book I hope to complete before year-end about the Arno River flood of 1966. Next year will be the sixtieth anniversary and I’m hopeful it will be published during that time. Yes! I like ACTION!


After a book launch, what do you do to celebrate?

I will celebrate the countdown to release with all of you on Facebook! Be there! After that, I will sleep for 100 years. It takes a lot of work to launch a book!


What advice would you give to writers who are just starting out in this genre?

Be committed. Be willing to do the research, take the time to sculpt your work over and again, listen to your beta readers, know your grammar and resources, and practice! If you truly desire to write a good book, you will.


How can your fans follow you (or people just discovering your work) in social media, website etc.?

I can't thank you enough for being here today. I have enjoyed this Q&A with you and know that those who haven't experienced your work are in for a treat and those who are waiting on your newest are ALSO in for a treat.

Thanks for bringing Slaying Isidore’s Dragons to life with me, Meredith! It was great to be here!

For the giveaway Cody will be gifting one reader Safe! Simply fill enter with the rafflecopter below. Contest will run until April 10th. Winner will be emailed so check your spam. All you'll have to do is let me know the format and email you'd like and Cody will email it to you. Easy Peasy! Be sure to keep your eye out for Slaying Isidore's Dragon, out April 9th by Harmony Ink Press and ALWAYS REVIEW! You'd be surprised how much it helps!

a Rafflecopter giveaway
Posted by Diverse Reader at 5:53 AM