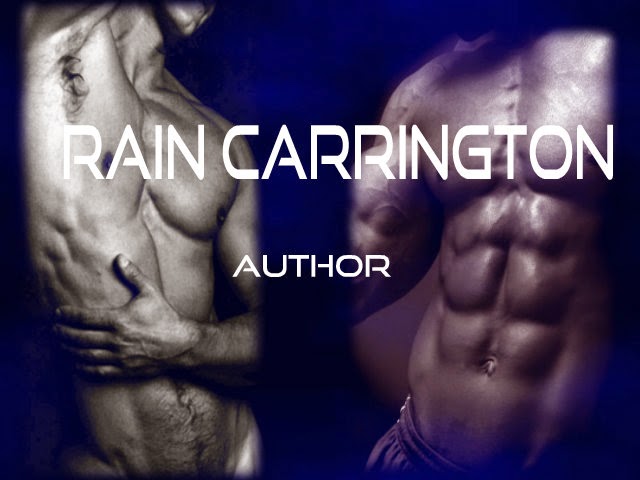 As you know, all my spotlights are special to me for their own reasons. When it comes to Rain Carrington I would say it's her free spirit, her independence that shows in her writing and the awesome variety you get when you read her work. When the spotlight starts out I approach an author as CALMLY as possible, desperate to not let my fangirl show. As the time progresses the respect grows. Whether it's due to the interview or just the back and forth I do with the author. I have to say Rain surprised me. She's gently, kind, zany and calm.

Anyone who's read her work, from Honky Tonk to The Apishipa Creek Chronicles has seen her wild side. Her gritty hot sexy writing side. She builds characters in HER LIGHT. Exactly how an author should do it. It's likely why you end up loving her work. She doesn't settle!

THAT SAID! Here's what Rain and I have for all you fabulous people: A wonderful interview where you'll get a glimpse of this talented and wonderful person and a OUTSTANDING GIVEAWAY!

Let's do this interview first and then we can talk giveaway:


It's been said that once you write or read M/M you never go back... How true do you feel this statement is and why?

I still read the occasional book of another genre, but my Nook is full of M/M. It is addicting and I love to explore different authors to see what they can do for my heart rate!

For people who are meeting you for the first time here. You have 2 series, Honky Tonk and Apishipa Creek Chronicles. If a reader wanted to start one how would you, as the writer, describe each series? I know there are blurbs but that's of each books. Explain the series'.

Honky Tonk is about a young man looking for himself. He’s got some issues, a lot for being young, but he’s got a general good outlook on life, something I wish more of us had. He meets a man who didn’t know he wanted love and commitment. Neither of them did until they met each other. The three books explore their love for one another but also how they both grow as individuals.


In Apishipa Creek Chronicles I wanted to take different characters striving to heal. I use unconventional methods to help them, making not only lasting love connections but friendships as well. I love when stories include great friendships and as my series progresses, these come out nearly as strong as the love between the couple/trio featured in each. There is also a tiny supernatural aspect in this series with a couple of ghosts sticking their ectoplasmic noses in to help their living loved ones.

You opt to self-publish over going through a publication company. Can you tell us what the pros and cons are to that?

I love having the freedom to write what I want, how long I want the stories and the great freedom to make my own covers. The downside is I work over half my time promoting and getting my name out there. I grapple with it, but I love that I’ve come this far on my own, well not completely. My readers and friends have brought me this far. For that I’m eternally grateful!

If we were to visit you in your writing cave, what would we see?

My pink hair up in a bun, coffee or glass of tea in reach, TV on and giving me background noise and the cats and dogs vying for my attention.

What writers have inspired you through the years to pursue this dream of being an author?

There are so many I’ve read since I was a kid! I’ve always loved reading. I started with Trixie Belden, graduated from there to Stephen King and John Saul books with a smattering of classics like Gone with the Wind in there for good measure. All of those authors have contributed in a way, all different ways.
Do you write with an outline or do you simply wing it?

I’ve done both. I mostly wing it until I get a brainstorm that is so far ahead of where I am in the story that I need to outline to keep my brain in place.

You've achieved so much already but what next big step would you like to see your writing take?

I want to have audio books and have all of my stories translated into other languages. Expand my market a little. I would love to see my stories everywhere in a bunch of languages. I also want to write in a couple of different genres but that is a long time to come still.

I am really excited right now! I have my ongoing series, Apishipa Creek Chronicles on hold for a little while so I can start my new series, Enchantment. It’s based in New Mexico (the Land of Enchantment) bringing back some old characters for cameos like Hunter and Ethan from Honky Tonk along with some really great new characters. So far I have three planned but may write more. The first three will be Road Runner, Turquoise and Chili (three of the state symbols).

Rain has many books out there, all wonderful! Her giveaway today is quite remarkable. SHE IS OFFERING ONE READER THE ENTIRE APISHIPA CREEK CHRONICLES SERIES!
Yes, that's 3 ebooks!!! With the release of book 4 in that series, Crazy Little Man Called Crazy set to release October 20th, this is a wonderful opportunity to catch up on this series! Here are the cover and blurbs for the first 3 books... 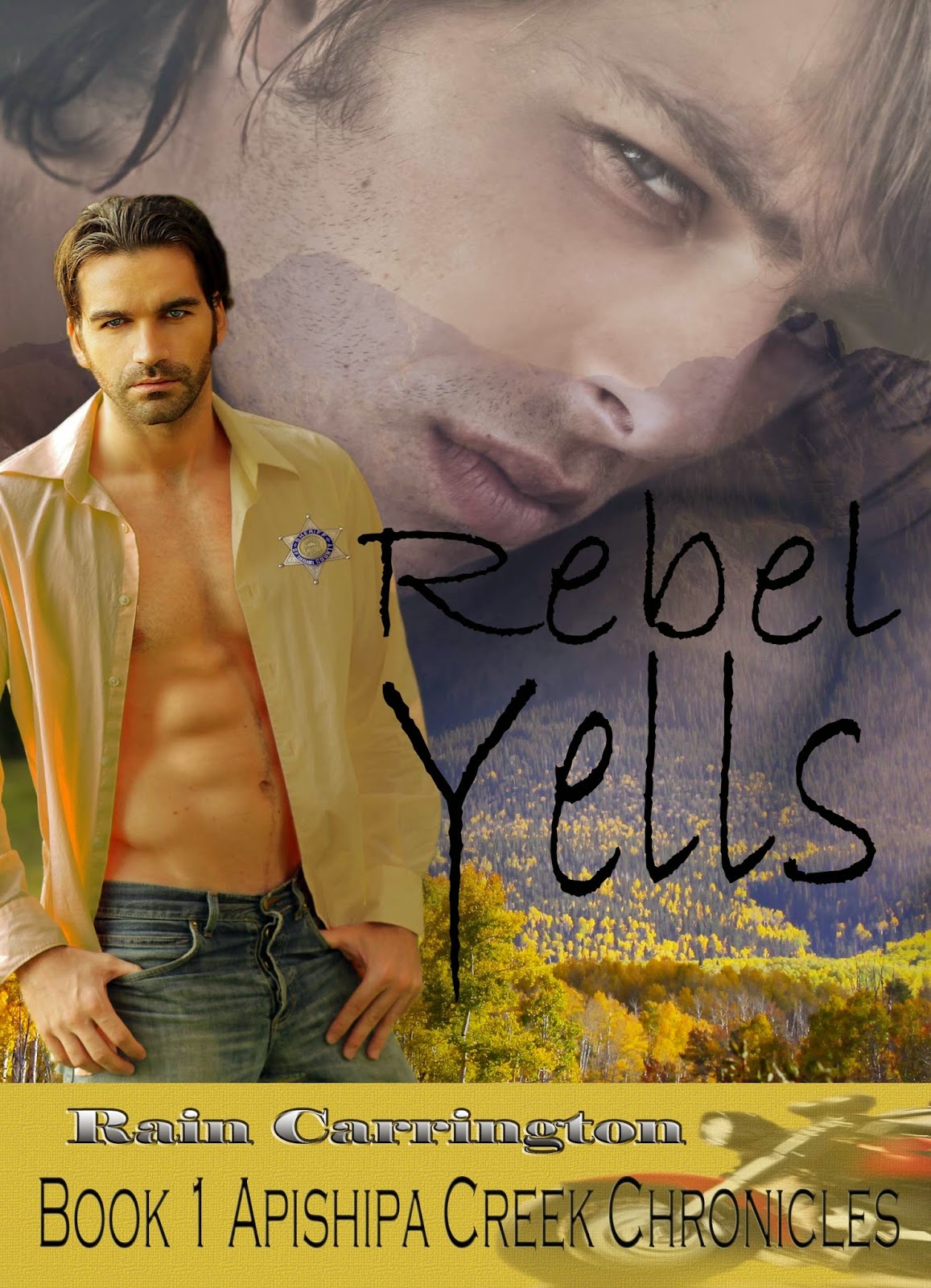 Jack Colton dedicated his life to two things, the law and the love of a good man named Martin. When Martin dies Jack goes into mourning so deeply that he starts to see his late husband everywhere. Martin tells Jack that he needs to move on and find another relationship but Jack is holding on too hard to his past and his job to see love when it speeds through the small sleepy town he watches over.


Rebel Marino lives up to his name. He fights hard not only with his fists but to keep from letting anyone get close. Rebel inherits a home and business from his favorite aunt, whom he sees even though she recently passed away. She tries to convince him that the tall handsome sheriff is worth a leap of faith. 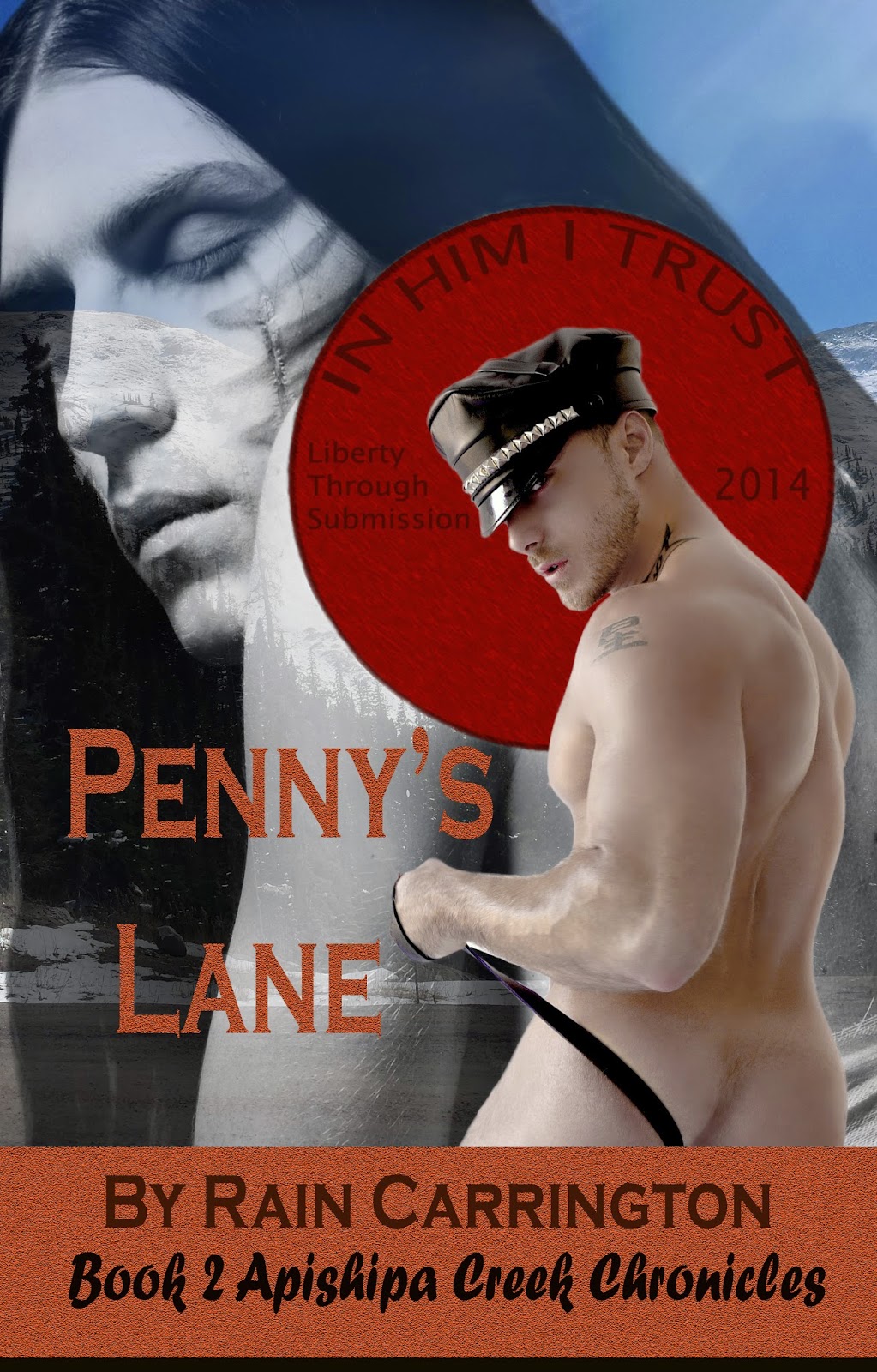 Brokenhearted and lost, Lonnie begins to search for something to replace the long held love of a man who is in love with another. His search takes him on a dangerous slope with alcohol once more but there to pick him up and dust him off if an unlikely hero.


As his life begins to turn around he finds real love and his dreams are all starting to come true, including a dream he didn’t know he had. To be a man’s submissive. While his discovers new desires and feelings that are more intense and encompassing than ever, he finds the road to his dreams isn’t an easy one.


More explosive than Rebel Yells, Penny’s Lane will take you on a ride that will leave you breathless with hot love, evil vengeance and deepening friendships. 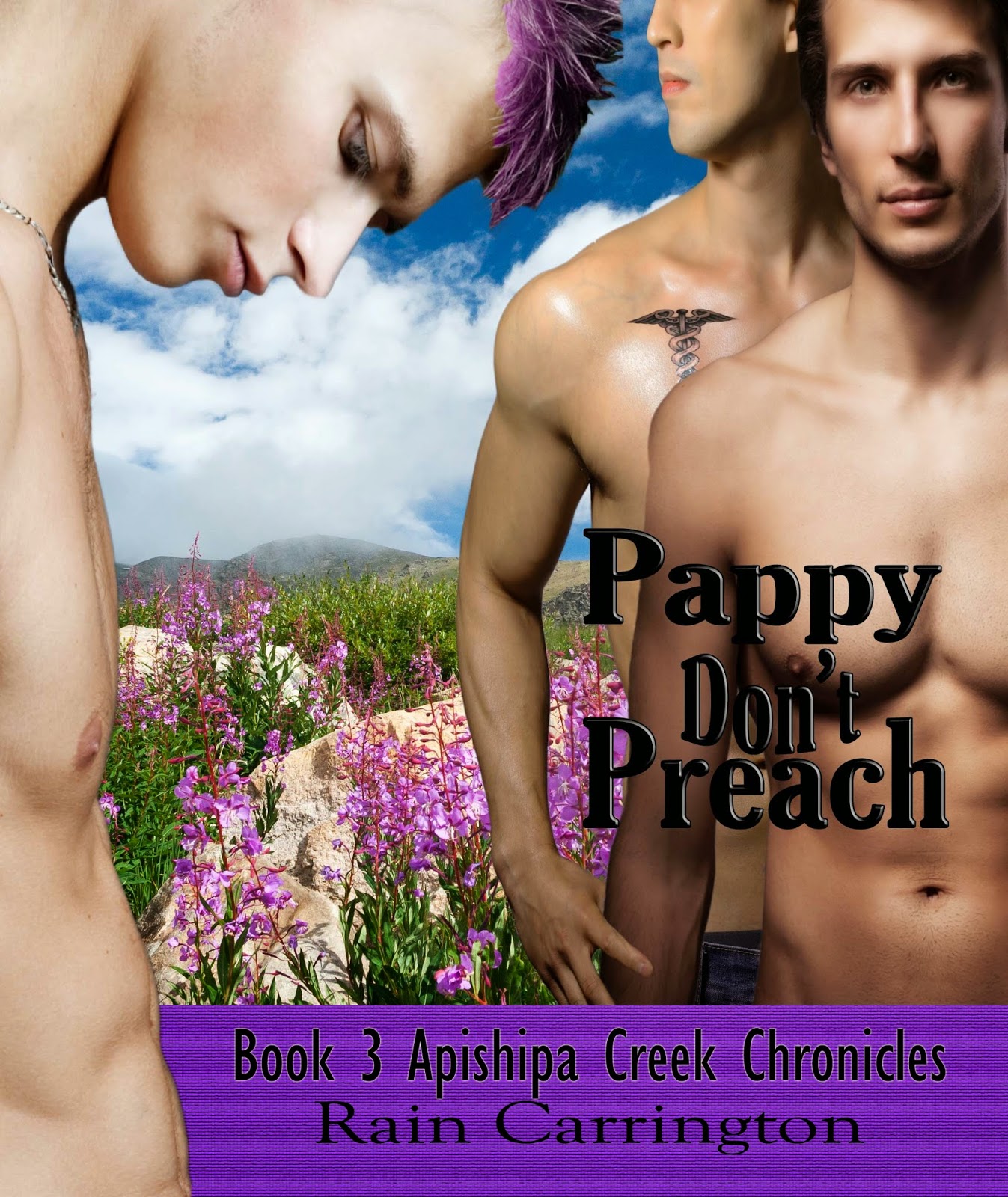 They say opposites attract but in the case of a preacher and a man of science, things get downright incendiary. Mark (Pappy) Rafferty is an ex priest recently moved to Apishipa Creek to start his own church in the beauty of the Rockies. Nathan Lee is the smooth talking Atheist doctor of the town’s clinic. They start jogging together every morning for safety but their hearts become in peril from one another.


With more intrigue, suspense and hot action between sexy men, Apishipa Creek heats up once again as three men find an uncommon bond while two others are ripped apart because of stubborn pride. Can everyone live happily ever after or will those wishing revenge complete what they started and kill those who get in their way?

So... yeah! One person can win ALL THREE OF THOSE! WOW! Rain is generous! And of course be on the look out for book 4 coming October 20th. Here's a peek: 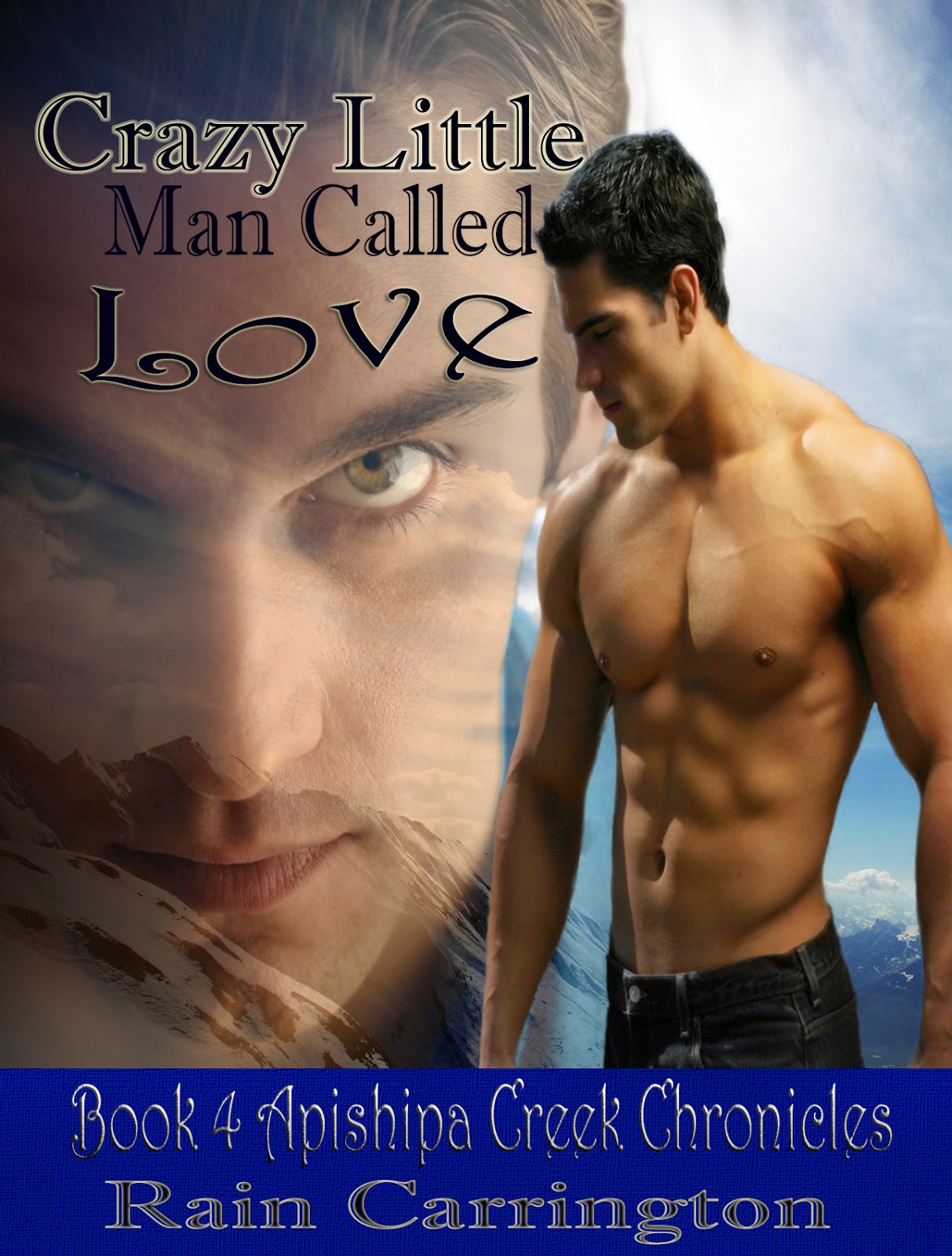 Running to America to lick the wounds of a broken relationship, Sidney Haxby still could not find the Dom he desired. Set to go back to London, he decides to stay a few more days, taking in the solitude and beauty of Apishipa Creek to spend a few days with his father, big bad Dom Lin.


When Brandon Love crashes a dinner party and offers to take Sidney home, they get snowed in for days, forced to confront the feelings they had for each other each time they met at the club. Seeing in each other what they’d always longed for, they want to begin a relationship, putting Sidney where he wanted, on his knees at the feet of the Master he thought he would never have.


A trip to London so Sidney could settle his affairs and past puts him in peril. Can Brandon save Sidney? Will their pasts get in the way of their future together? And what is the mysterious stranger trying to tell them about the house in Apishipa Creek they all live in at one time or another? Find out in Crazy Little Man Called Love….


Of course this series isn't the only series Rain Carrington has written. Go to her Amazon Page: Rain on Amazon
Check out ALL her work and purchase them!!! HOURS AND HOURS of entertainment!

Rain's Enchantment Series is her newest project and that is also set to release around the same time as the 4th book in the Apishipa Creek Chronicles so look for that as well. It's called Road Runner. Follow her on Twitter and FB and you'll be seeing more about it!!!

I want to thank Rain so much for agreeing to do this spotlight! I hope you ALL enter the giveaway AND be sure to buy her books! REVIEW THEM TOO!


a Rafflecopter giveaway
Posted by Diverse Reader at 5:28 AM