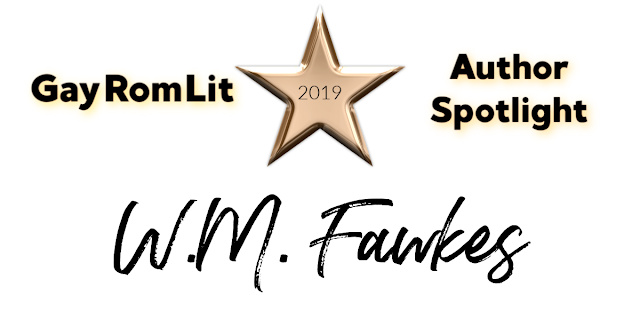 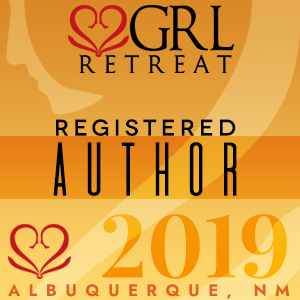 Where to find W.M. At The Event


And, hey, I’ll probably hang out a lot where Sam is!


Our preorder form is closed, but there will be limited copies for sale of all of Sam’s and my cowritten books at both of our events.

On September 26th, Sam Burns and I put out our fourth published novel, The King’s Dragon, but last year at our first GRL in Portsmouth, we didn’t have any. Meeting in person gave us the push we needed to start working together. The energy, inspiration, and community I found there changed my life.

Diversity and creativity take center stage at GRL, from unique ways to collect signatures, author talks, and even candies attendees bring from across the world. I’d encourage readers and fans to engage with authors and professionals. We’re all there because of your excitement. There’s almost nothing better than knowing that your words connected with someone. When I went to GRL as a reader in 2018, I was pretty intimidated, but everyone was so welcoming and enthusiastic that even a weirdo robot introvert like me had an amazing time!

This year will be my first as an author, but I’ll look back on that year as a reader with fondest memories of the authors, readers, and professionals who inspired me. I’m so excited to give out swag and talk to readers about fearsome dragons, gods in leather jackets, and men who get the happy endings they deserve!

The King’s Dragon, Fire and Valor Book One
mybook.to/TheKingsDragon 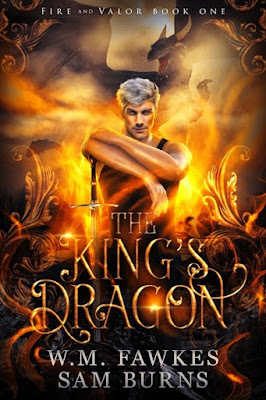 Lord Tristram Radcliffe has a secret—he is the only dragon at the king’s court in Llangard. It’s a secret he’s kept from the knights he’s fought beside, from the ladies who bat their lashes at him, and from his closest companion, Prince Reynold. If it were to get out, he’d be banished to the Mawrcraig Mountains along with the rest of his kind, but the kingdom of men is the only one he’s ever known, and his heart lives in the stone halls of those who’d count him an enemy.

When the old king dies and Prince Reynold takes the throne, two visitors from the north throw Tristram into the middle of the ancient conflict between dragons and men. They put him on a collision course with the king’s shadow, Bet Kyston, a dangerous assassin who may want him dead or may want more of Tristram that he’d ever thought to give.

With the eyes of dragons upon him and a threat from the north creeping toward the home he loves, Tristram must weigh his allegiances before his dual legacies tear him apart.

Prince of Death, Lords of the Underworld Book One
mybook.to/PrinceofDeath 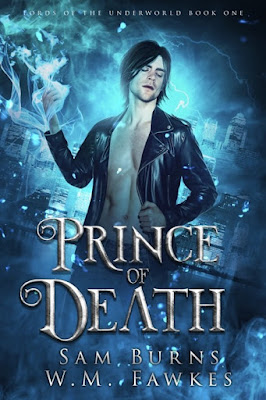 Prisoner of Shadows, Lords of the Underworld Book Two
mybook.to/PrisonerofShadows 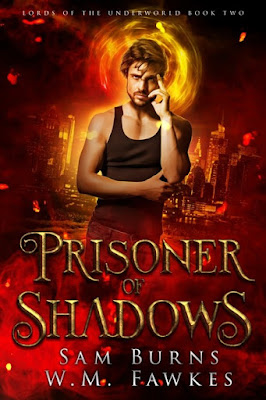 
Patron of Mercy, Lords of the Underworld Book Three
mybook.to/PatronofMercy 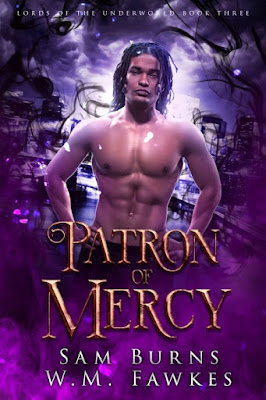 Lach has spent the last few thousand years counting only on himself. What he needed, he took. What he wanted, he won with charm. All except a god he turned his back on an age ago, when he had a different name and didn’t know what he was giving up.

Thanatos, god of merciful death, is one of the gentlest gods in the pantheon—easing the transition between life and death for billions of mortals. But he has faced eternity alone. After breaking his heart on the sharp words of a fisherman’s son, he hasn’t been able to connect with anyone.

Now, Lach is crashing back into Thanatos’s life, dragging him into an adventure that could save the world… or kill them both.

About W.M. Fawkes:
So, I live in the middle of nowhere in NC, always half an hour away from somewhere, with my partner and three Halloween-hued kitties. With Sam Burns, I’ve coauthored four books—the Lords of the Underworld series featuring tricky gods and the men who love them, and The King’s Dragon, the first in the LGBTQIA+ high fantasy Fire and Valor series.

I can’t wait to meet you all at GRL!