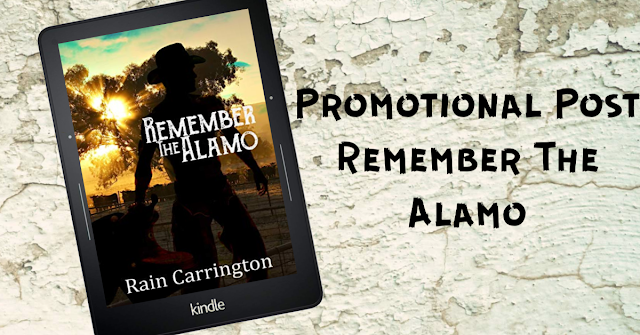 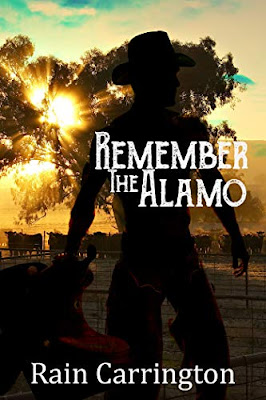 My name is McCully Blaylock. This first story you are about to read is mine. Well, it ain’t mine alone. It’s about the family I come from. It might be a little worse than yours, or it might be better. There’s no telling.
With people so obsessed with looking up their family trees, this story and the others to follow may be a good warning to rethink that. Things you may find will leave a mark. Sure, you might see that you inherited your blue eyes from your great-grandmother, or that weird hairline from your great-great grandfather, but it’s the things that aren’t physical that can define you.
You can’t help what happened a hundred years before you were born, but that doesn’t mean you won’t have to pay the price for them, if your ancestors didn’t.
This series of stories is about these things, things that happened way back when and the men and women who must clean up after them or learn to live with them now. Our stories are connected, each linking to the next. Like a puzzle, only there ain’t no way to solve it all. Only little bits of it, like getting the outer edge done and missing all the insides.
What does happen, though, is that good does come outta all this. When those struggling with the past meet in the present, they pool their strength to be able to face whatever comes. Love does conquer all, even the things that seem like there is no way to beat them. Love, friendship and family, a family of your choosing more than one that you were cursed to be born into.
So, sit back and take in my tale. I thought it was just about the worst thing I could think of until I found out about the rest. Now I feel akin to other people, simply because we all have one thing in common.
Our ancestors are real dicks.
****

To live under the looming shadow of men who not only fought alongside legends, but were legends themselves, if only in their families. That’s what we deal with in the new series, Legacy.
The first story on this journey is about the man who introduced himself above, McCully Blaylock. Mac, as everyone calls him, is a timid man who worked his family’s ranch his entire life. When his father died, leaving massive debt, he is sure he’ll have to sell off the land that had been his family’s for generations.
His father had secrets, which Mac is starting to see, with the help of his brother, sister-in-law and a man who they sent to Mac to help him figure out what to do with the place. Leo Glover comes into his life like a twister across the prairie. He inserts himself into Mac’s life, frustrating him, but manages to bring out something long hidden. Mac’s own strength.
As he finds the truth of what was buried in his family’s past, Mac deals with it the best he can. Unable to sell the land, Leo suggests something unheard of in their part of Texas, but it’s something that can breathe new life into the ranch and the small town struggling nearby.
This is the first story, but they are all connected. It will take the combined efforts of the whole group to get through some of the trials thrown at these men, but with a little laughter, a lot of love and passion, they get through what was placed in their hands by people who came before them.
These are men determined to be better than those that came before them, and to make their own legacy.

“Leo!”
The voice was muted in the torrential storm, but he’d heard it, his name called out with pain that cut through the middle of him. He spun and nearly slipped in the slick clay mud.
Mac was there, running to him, sliding as he’d done, catching his balance and running again. “Leo! Don’t go, please!”
When he got to Leo, Mac dropped to his knees, splashing muddy water up over him as he did, begging, “Don’t go,” on a voice that was strangled with emotion.
As cold as the rain was, Leo’s stomach heated, reaching his raging heart, and he let the tears that welled in his eyes to fall, getting lost in the rain. “I have to go!”
“I’ll do whatever you want! If you care, if you care at all, help me! Help me!”
Leo dropped to his knees in front of him, grabbing his face in both hands, watching anguish turn to hope in those beautiful, bright blue eyes. “I can’t unless you see what I see! You’re good, you’re beautiful and you are the best man I’ve ever met!”
“I…I love ya, Leo. I don’t want to be yer damned friend! I love ya, and I’ll do anythin’ for ya!”
That made him forget about the rain pouring on them, about the cold mud under his already aching knees, about everything in Mac’s future that was dismal and bleak. All he saw was a man that needed him, who’d fallen in love, and yeah, made Leo do the same.
He was no knight in shining armor, there to save Mac from himself and his past. That’s what he realized. He was there for one reason, and that was to love Mac until he could do those things for himself.
“I love you too, Mac. But…that doesn’t change a fucking thing.”

Rain will be giving away THREE copies of Remember The Alamo
and a $25.00 Amazon Gift Card.
Enter the rafflecopter below.
Contest will end April 7th
Thank you

a Rafflecopter giveaway
Posted by Diverse Reader at 6:15 AM