Blog Tour: The Next Call by Sue Brown #Review & #Giveaway 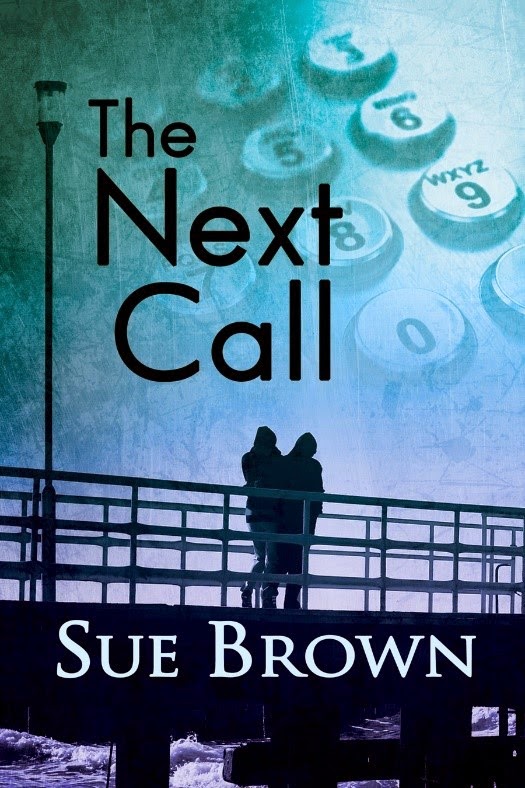 BLURB: Mark Grayson volunteers for an LGBT helpline, the same one that helped him through his teenage years. One day he takes a call from “Ricky,” a suicidal man being forced into a marriage he doesn't want. For weeks Mark talks to Ricky and provides support, but he’s frustrated by the lack of information Ricky provides and the decisions he’s making. In the meantime, Mark starts a relationship with another volunteer. Then tragedy strikes and Mark takes time away from the helpline, but when he comes back, Ricky is waiting. Mark realizes Ricky is stronger than before and their relationship changes, but Mark isn’t sure what their future holds if their relationship is destined to be at the end of the phone.

My review:
This book was seriously emotional. I cried so hard reading it! ANGST? You bet! I really loved Mark and Ricky's back and forth via phone but Ian grabbed my heart more than any other character. It was a very hard read but Sue made every moment count. Just how we all should do in life. My only wish was that the ending wasn't AS rushed. I would have loved to have seen more and know more of how the turnout was. Either way, Sue wrote a poetic and beautiful story that I will never forget.

AUTHOR BIO: Sue Brown is owned by her dog and two children. When she isn't following their orders, she can be found plotting at her laptop. In fact she hides so she can plot and has gotten expert at ignoring the orders.

GIVEAWAY DETAILS:
Because two of her book tours (for The Next Call and Stolen Dreams) are going to run simultaneously, we have decided we would have a common giveaway for both the tours! It makes for an awesome giveaway as you’ll see :D

a Rafflecopter giveaway
Posted by Diverse Reader at 6:23 AM