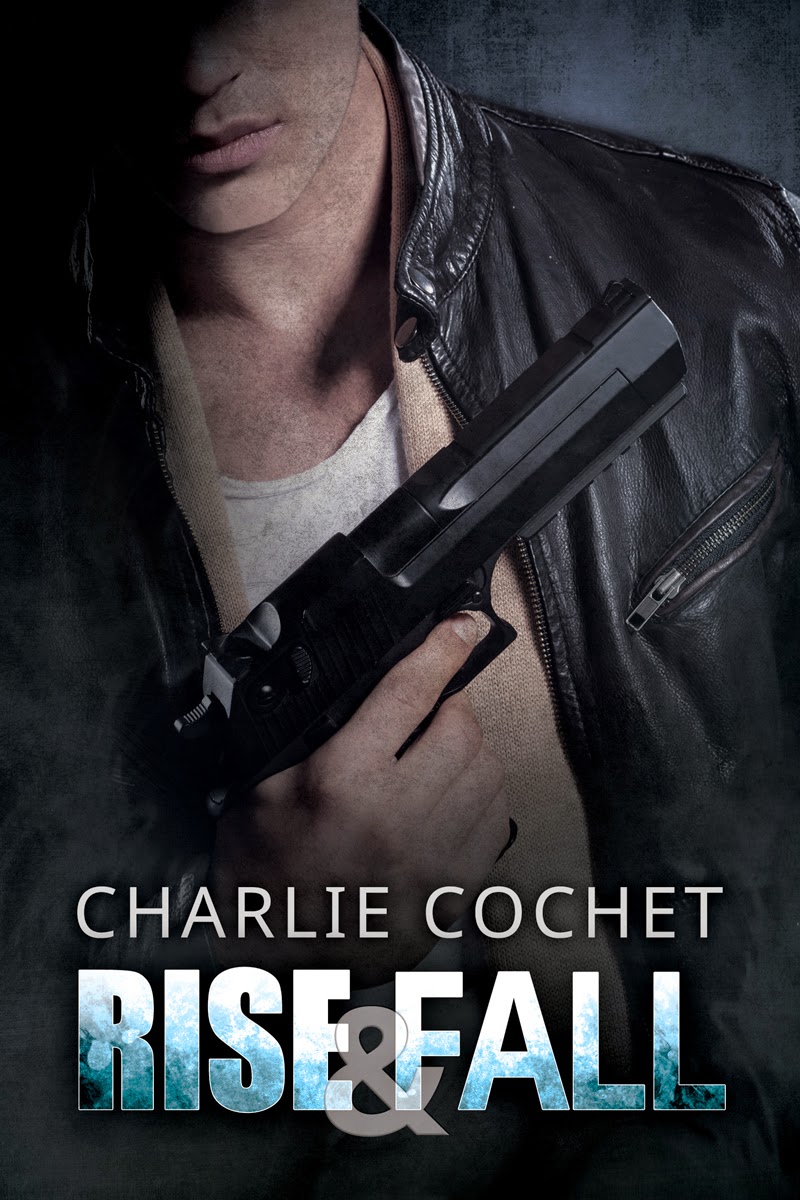 Blurb:
After an attack by the Coalition leaves THIRDS Team Leader Sloane Brodie critically injured, agent Dexter J. Daley swears to make Beck Hogan pay for what he’s done. But Dex’s plans for retribution are short-lived. With Ash still on leave with his own injuries, Sloane in the hospital, and Destructive Delta in the Coalition’s crosshairs, Lieutenant Sparks isn’t taking any chances. Dex’s team is pulled from the case, with the investigation handed to Team Leader Sebastian Hobbs. Dex refuses to stand by while another team goes after Hogan, and decides to put his old HPF detective skills to work to find Hogan before Theta Destructive, no matter the cost.

With a lengthy and painful recovery ahead of him, the last thing Sloane needs is his partner out scouring the city, especially when the lies—however well intentioned—begin to spiral out of control. Sloane is all too familiar with the desire to retaliate, but some things are more important, like the man who’s pledged to stand beside him. As Dex starts down a dark path, it’s up to Sloane to show him what’s at stake, and finally put a name to what’s in his heart.

Available for purchase at

Dex sorted out all of Sloane’s pillows, fluffing them up and arranging them before bringing the tray over.
Once Sloane was settled, Dex placed the tray over his lap and kissed him, tasting a faint hint of minty freshness.

Sloane stared down at the tray.

“Is it okay?” Dex asked. Had he forgotten something? “Eggs benedict and pancakes are your favorite,
right?”

“You made heart-shaped pancakes.”

Dex held back a smile. “Are they too unmanly? Should I have made them grenade-shaped? I’m sure
Letty’s got a mold for those.”

Dex sat down on the edge of the bed beside him. He ran his fingers through Sloane’s hair feeling guilty
for having left him on his own last night. Sloane could take care of himself, even if he was injured, but

his partner was drugged up and obviously feeling a little out of it, considering his reaction to the heart
shaped pancakes. Maybe it was time he took care of his partner like he’d promised he would.

“Why don’t you eat your breakfast while I shower, and we’ll watch a movie or something together?”

Sloane gave him a wide smile. “I’d like that.”

Dex left Sloane to his breakfast and went off to shower as quickly as he could. Showering wasn’t as
much fun without his partner. As he lathered himself up, a naughty thought occurred to him. He’d also
promised he’d make his partner purr. Finishing up, he could barely hold back his smile or the heat
spreading through him. Easy there, Daley. Don’t get yourself worked up yet. He dressed in his comfy
cotton pajama bottoms and a loose faded Back to the Future T-shirt before heading out into the
bedroom. Sloane was smiling, his plate devoid of any evidence food had ever been on there. Wow, his
partner had been hungry. Really hungry. Starving. Sort of like after….

“Please tell me you didn’t.” Dex removed the tray and put it on the floor against the wall. He pulled the
blanket back and tried to lift Sloane’s T-shirt, but his partner slapped his hand away. “Sloane, let me see,
damn it.” He grabbed Sloane’s wrist with one hand and managed to pull up the cotton shirt, cursing
under his breath at the tiny beads of blood seeping through the bandage. “For fuck’s sake, did you try to
shift?” When Sloane looked away, Dex had his answer. No wonder his partner was out of it. It wasn’t
just the meds. Sloane hadn’t recuperated from postshift. Dex opened the minifridge and found it empty.
“When?” He slammed the fridge door shut.

“Last night?” Dex put a hand to his head. Veggies and hummus were all well and good for Sloane’s
Human side, but not for the Felid inside him. He needed meat, protein, and more than the packet of
sliced chicken Dex had left him in the fridge. “Fuck. Sloane, you know you’re not supposed to attempt
shifting. The doctor said so, and it’s in the packet. To make matters worse, you do it when there’s no
one here to perform postshift trauma care? With no access to the right foods? What were you
thinking?”

“I’m thinking I need to fucking heal, and if that’s the quickest way to do it, then it’s a risk I’m willing to
take!”

Sloane’s ferocity surprised Dex, and he took a step back. His partner’s pupils were dilated and his fangs
slightly elongated. Fuck, what the hell was going on? It was like Sloane was having trouble controlling his
feral side. Dex could see it. He could see the Felid inside Sloane staring back at him from behind glowing
amber eyes. Could the meds be doing this? The recovery packet the doctor had given them specifically
instructed Sloane not shift while he was healing, especially while on his meds.

“Okay, take it easy. It’s me.” Dex held his hands up in front of him and swallowed hard, aware of the
telltale signs. “There’s no hurry for you to heal, Sloane. It’s okay.”

“It’s not okay,” Sloane snarled, his fingers flexing against the sheets and his nails starting to grow. Fuck.
Oh fuck.

“Sloane, you need to breathe. Calm down.” Dex slowly edged away from the bed. Why was this
happening? Sloane had never lost his grip on his Felid side. Not to mention he’d yet to fully recover from

his first attempt. “Please, Sloane. Your body’s not healed from the first try. Who knows what asecond
attempt will do?”

There was no reply from Sloane. He was gritting his teeth, his face red, and his muscles straining.

“Sloane, you need to stop.”

“I can’t.” Sloane lowered his head, his fierce gaze on Dex.

Dex gasped as Sloane let out a roar, his body starting to shift. What the hell was Dex supposed to do?
He’d never faced a Therian who’d lost control of his Human side, much less an Apex predator. Quickly,
he backed up against the far wall, cringing as Sloane’s cries of agony filled the room. Sloane tore at his
clothes, pulling his T-shirt and pajama bottoms off before his mass shifted, bones popped, and fur
pierced his skin. Dex reached into his pocket and with shaky hands placed a call.

A gruff voice answered. “What do you want?”

“Ash, you have to help me.” The panic in his voice must have been clear, because Ash’s tone instantly
transformed from its usual gruffness to concern.

“It’s Sloane. He’s shifting, but it’s not… not normal. He tried last night but couldn’t complete the transformation. Then we got into an argument, and it’s like he’s lost it. I don’t think he’s in control. How
is that possible?”

“Hide somewhere he can’t get to you. I’m on my way. I’ve still got my key to your place.”

Ash hung up, and Dex shoved his phone in his pocket. Where the fuck was he supposed to hide? When
he moved his gaze to the bed, he stilled. There was no time for hiding. The huge black jaguar lay in the
center of the bed, his tail thumping against the headboard. He sniffed the sheets, then the air before his


MY REVIEW
THIRDS, a place I desperately want to work LOL! We have followed these boys and girls for 3 books now. Book three leaving us hanging off a cliff wondering WTH is going to happen?!!? I don't know about you but I may have hit the bottle! Open Rise & Fall was like therapy. Treatment to a wounded heart and soul. I NEEDED IT! Charlie did NOT disappoint! She went above and beyond not just to answer questions we had to have, but to tie things together. Solidify relationships. Give us hope. It's a high octane ride once again and you'll be shaking with anticipation but OH how you'll swoon! If you haven't read these books yet! DO IT! If you have and have been waiting for this one: GRAB IT! I devoured it and cried when it was over. This has to be one of the best series out there. Thirds won Best Shifter Book for 2014 right here on my blog and she's well on the way to sealing the deal on that award for 2015!
About the Author

Charlie Cochet is an author by day and artist by night. Always quick to succumb to the whispers of her wayward muse, no star is out of reach when following her passion. From Historical to Fantasy, Contemporary to Science Fiction, there’s bound to be plenty of mischief for her heroes to find themselves in, and plenty of romance, too!

Currently residing in South Florida, Charlie looks forward to migrating to a land where the weather includes seasons other than hot, hotter, and boy, it’s hot! When she isn't writing, she can usually be found reading, drawing, or watching movies. She runs on coffee, thrives on music, and loves to hear from readers.

You can find Charlie at

Posted by Diverse Reader at 6:02 AM