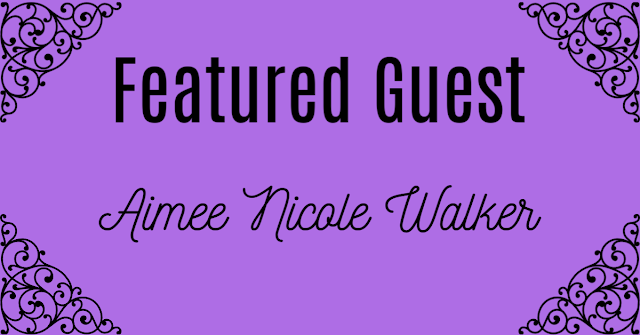 Diverse Reader is so happy to have Aimee Nicole Walker on the blog. It's always wonderful to have this amazingly talented and kind woman popping in. She's promoting her newest release, there's an excerpt, and be sure to stay for the giveaway. 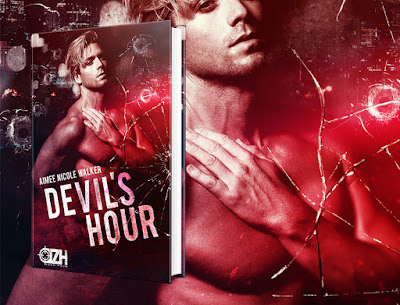 Devil’s hour, noun: the hour when the demon or devil who leads hell is at its strongest.
Born on the wrong side of the tracks, Royce Locke is no stranger to scrapping and fighting for the things he wants. What he desires most is Sawyer Key—his partner on the force and the man he’s falling in love with. After asking Sawyer to take a chance on him, Royce will need to back up his pretty words with fearless action instead of being his own worst enemy.
Someone is harassing the mayor of Savannah, and Locke and Key are tasked with finding out who. The investigation quickly takes a twisted turn, leading them to an enemy who thinks purification by fire is the only way to save the city. Scarier than The Purists’ elusiveness is their ability to turn public opinion in their favor, creating unrest and threatening anarchy by fanning flames and fear. When you play with fire, someone is bound to get burned.
When menace becomes murder, the two detectives will race the clock against the devil to save their beloved city from becoming a raging inferno. Royce will need to draw on his grit now more than ever if he hopes to realize the dreams that are finally within reach. The rag is lit, the Molotov cocktail is tossed, and the zero hour is upon them. Challenge received and accepted.
Devil’s Hour is the second book in the Zero Hour series, which follows Locke and Key’s investigations and evolving relationship. This is a series that MUST be read in order. Devil’s Hour has a happy-for-now ending with no cliffhanger. It contains mature language and sexual content intended for adults 18 and older.

“Wipe the damn pout off your face before your boyfriend sees it and gets pissed because you don’t trust him. I doubt Sawyer Key is the kind of man who gets off on possessive beasts.” He loved Holly, but she didn’t know Sawyer the way he did. At his core lived a primal animal who loved to mark and be marked.

Boyfriend. Why did his heart race with excitement over such a juvenile word? Maybe because having one was something Royce had wanted for more than half his life, and he’d hit the jackpot with his first boyfriend at thirty-three years old. God had surely broken the mold when Sawyer was born because he’d never met anyone finer. And somehow, that remarkable man wanted him.

Trust. She reminded Royce of their first fight earlier that day and how they’d both wanted assurance they were okay. Their relationship was still new, and their dynamics untested since they’d existed in an insulated bubble. Royce was going to miss the comfortable existence, but it wasn’t enough to sustain them. Sawyer deserved better, and so did he.

Royce did that breathing thingy Sawyer relied on so much and had to admit he felt calmer. This was it. He was done hiding. “I’m not pouting, Holls. I was planning on when to make my move.” Just then, Diego looked up and locked eyes with Royce. Even from across the room, Royce saw the dare in the younger man’s dark gaze.

“You’ll see,” Royce said, then kissed her cheek. “You free for pizza at my place tomorrow so we can catch up?”

“See you at six, Holls. I’ll call you if we’re running late or something. Right now, I need to set this clown straight.”

Royce started across the bar with long, confident strides, never taking his eyes off his man. He paid no attention to Fuentes because he was of no importance. Sensing him, Sawyer turned his head and raked his gaze over Royce’s body. Was he mapping every inch of skin he’d kissed or touched? Sawyer’s eyes widened slightly from the intensity he saw on Royce’s face.

“Hey there,” Sawyer said when Royce reached him.

Royce responded by firmly cupping the back of Sawyer’s neck and kissing him. Sawyer’s lips parted, and he softly gasped into Royce’s mouth. He took advantage and slid just the tip of his tongue inside Sawyer’s mouth to tease him instead of deepening the kiss like he wanted to. The world faded until only the two of them existed. The bar might have erupted in cheers or boos, but Royce wouldn’t have known, and he certainly didn’t care about anything except the man melting into his touch.

Royce gently squeezed Sawyer’s neck, then broke the kiss. Sawyer looked dazed and deliriously happy when he opened his eyes. “Ready to go?”

They left without saying goodbye or acknowledging anyone at the bar. Reality returned to Royce in bits and pieces when they stepped outside Joe’s. He heard the bass of a car stereo, the laughter of young ladies walking down the sidewalk, and police sirens a few blocks away. Mostly, he became aware of how hard and loud his heart was knocking in his chest. Could Sawyer hear it too? Did he have the slightest clue how he affected Royce or the lengths he’d go to keep Sawyer in his life? If not, he would.

Ever since she was a little girl, Aimee Nicole Walker entertained herself with stories that popped into her head. Now she gets paid to tell those stories to other people. She wears many titles—wife, mom, and animal lover are just a few of them. Her absolute favorite title is champion of the happily ever after. Love inspires everything she does, music keeps her sane, and coffee is the magic elixir that fuels her day.

I’d love to hear from you.

You can reach me in these places: linktr.ee/AimeeNicoleWalker

Giveaway
I will give away an ebook of both books in the series, Ground Zero and Devil's Hour.

US Winner: This will be gifted through Amazon
International: Direct-to-Kindle 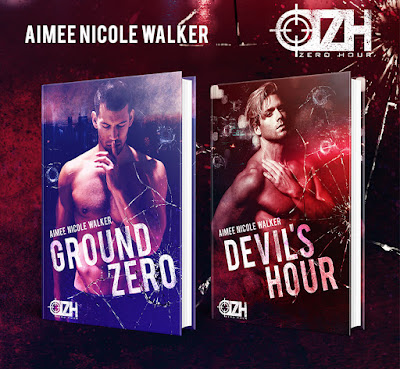