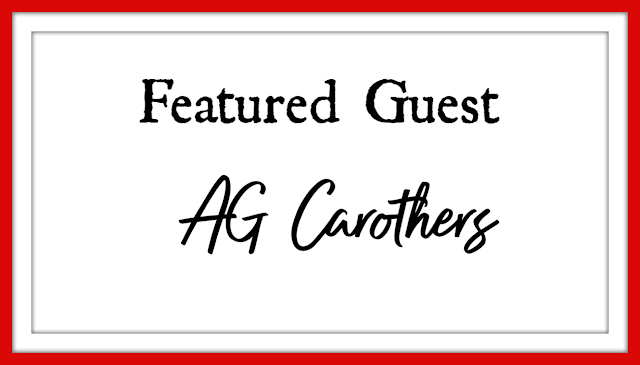 Diverse Reader is happy to have author AG Carothers here on the blog today. There's an awesome guest post ahead and a fabulous giveaway. So, stay to the end! Enjoy.

Thank you for letting me come by and connect with all of you. This is my first guest post in any blog, and I don't blog in general, so I was at a loss as to what to write about. It didn't help that I have three projects on my mind lately. That fortunately helped me figure out what to write and share with all of you lovely readers.

I'm currently writing book two of my assassin series, T.A.G. You're Found. The Assassins' Guild series was my first attempt at writing something that wasn't fantasy based. It was also my first two main character series and crack at a true romance. Each book in the series features two characters who will have some adventure and laughs and fall in love with each other or in the case of book one stop running away.

The first book You're Seen was supposed to be a dark romance, but I have a twisted sense of humor and while there are some very serious moments in the story and parts that I still get teary over, there's more camp than darkness. I couldn't even write a psychological torture scene without adding in some laughs. I think I've come to terms with the fact that I just can't write dark stuff, not what most people would consider dark anyways.

I grew up on and absolutely love 80s and 90s action flicks. I like current action movies too, but the 80s and 90s are home to some classic franchises that are close to my heart, like Die Hard, Lethal Weapon, Beverly Hills Cop, etc (Am I the only one who shipped Rosewood and Foley? Lol). The thing that they all had in common was a balance of action, drama, and humor. That's the kind of balance I strive for in The Assassins' Guild series.

I do think there's some misconception about TAG which is probably my fault somewhere along the line, but I think that's why it confuses some people. If you take an 80s action flick, throw in some skinemax, and a dash of Harlequin, shake it up, pour it into a tall glass, and top it with kinky sprinkles, then you have The Assassins' Guild series.

Now, that we have that cleared up, I have some big news about the series. As I said, I am currently writing book two which might end up being a little more serious than book one. I am hoping to be done by the end of year for an early February release. I am ecstatic to announce (I haven't even announced this fully in my group yet) that T.A.G. You're Seen starts production in audio this week. The narrator who I am thrilled is working on the series and I can't wait to hear him bring my beloved characters to life is the very talented Gomez Pugh. You're Seen will hopefully be out in audio around the time that You're Found is released.

Thank you again for letting me take up a little bit of your time today. Feel free to keep up with on Facebook and get first crack at teasers and special giveaways in my fan group, Dragon's Hoard. 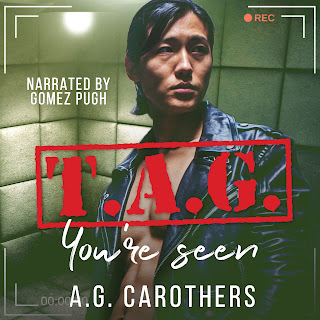 Attention: This book contains explicit sexual content between consenting assassins and not so innocent professors. There are depictions of male chastity, breath play, watersports, humiliation, and torture by eighties hair bands with ginger sprinkles on top.

Phew! Now, that that's out of the way, Hi. I'm Mr. No, your friendly communications agent for The Assassins' Guild AKA T.A.G.

I've been authorized by the head honcho himself, Mr. H, to release approved records from the agent files.

Agent Code Name Mr. W was recovering from a near death debacle by way of an easy assignment in a small mountain town. Red flags sprang up immediately around the seemingly innocent English professor. Determined to get to the bottom of the mystery Jacob Peters presented, Mr. W made plans to do what he did best, watch , wait , and then capture and interrogate.

But even the best laid plans can go awry...

Find out what brought Mr. W to his knees in this first release from the archives of The Assassins' Guild. 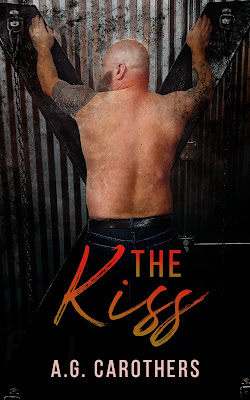 Liam DeWitt aka Steele – Metal Sculptor, Blacksmith, Masochist, and not looking for love.

Ever the explorer of the delights that can be found between pleasure and pain, Liam sought to push his limits even further. What he found was something wholly unexpected but not unwanted.

Gavin Hightower – Police Captain, Hopeless Romantic, Wicked with a Whip, and fed up with looking for Mr. Right.

Married to his job and resigned to barely fulfilling his needs, Gavin didn’t believe what walked into his life with a simple coffee order. Submission, endurance, and beauty all tied up in one package named Liam.

Please Note: The Kiss was originally published as part of the Come Play Anthology. It has since been expanded and revised for publication.

A. G. Carothers is actually a dragon very cleverly disguised as a human. They are a non-binary author of LGBTQIA Romance and Urban Fantasy, who enjoys writing original and entertaining stories. They are very excited to share the worlds they've created with you.

A. G. currently lives in Tennessee with their platonic life partner, who is not a dragon. They yearn to live back in Europe and will someday. In their spare time they are addicted to losing themselves in the lovely worlds created by other authors

A. G. is committed to writing the stories they see in their head without restrictions. Love is blind and doesn't see gender, race, or sexuality.

Enter the giveaway where 3 people will win copies of T.A.G. You're Seen ebooks!