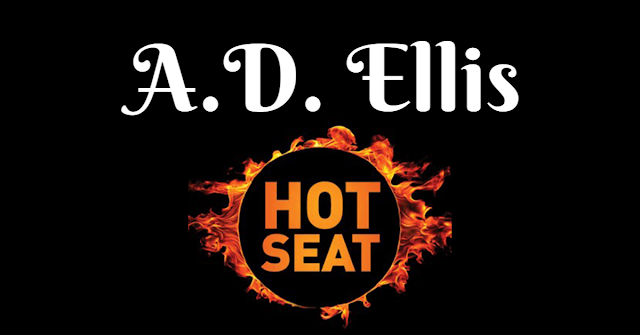 Diverse Reader is really happy to welcome author A.D. Ellis to the hot seat this morning. She's here with us answering a fast fire interview and sharing with all of you some of her books. There's also a giveaway so don't forget to enter at the end.

What month were you born? April

What was your favorite childhood book? I Am a Puppy and There’s a Monster at the End of This Book

When you were little what is the first thing you remember wanting to be when you grew up? Teacher. Then dolphin trainer. Then DJ. Then back to teacher.

What is the title of the very first book you published? For Nicky

What is the title of your latest book? What Blooms Beneath

If there was one place you’d love to go for writing inspiration, where would it be? Probably a mountain cabin where I could sit with a cool breeze and great view while sipping hot tea

What was your favorite subject in school? Literature and English/Newspaper

Can you tell us in a sentence or two what your current WIP is about? Friends-to-lovers, but it’s a little more complicated than that. 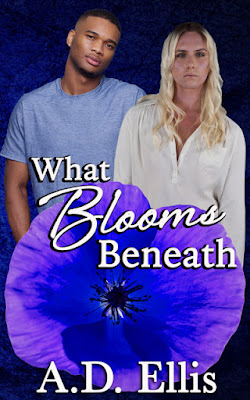 Kellan considers himself lucky to have an adequate existence on earth where, in the year 2044, common citizens toil under the oppressive thumb of a corrupt and unscrupulous government. Kellan dreams of becoming part of the Department of Paranormal, Supernatural, and Fantasy Sciences, but his application is continually denied because he has no extra-sapien blood. Kellan’s simple reality shifts when Rhône unexpectedly enters his life.
Rhône, living in a camouflaged, underground village, never planned to get involved with an individual from the outer world. When Rhône and Kellan cross paths, there’s no denying the attraction and pull between them. But there’s something else, something more, just beneath the surface.
A hidden world and painful secrets are a potentially complicated blend. However, with Rhône by his side, enlightening details and unexplored powers provide Kellan with an opportunity for deep self-discovery. Will Kellan’s open and accepting heart allow for an extraordinary love to bloom? Or will the vast differences between Kellan and Rhône take root and strangle any hope for a flourishing future?
**What Blooms Beneath is an LGBT+ Fantasy Romance featuring a pansexual male and genderqueer intersex individual.** 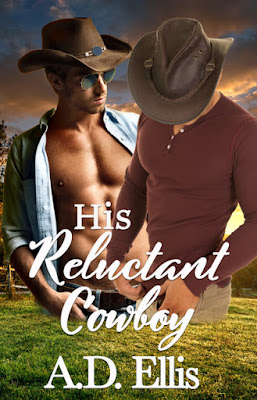 Out-and-proud volunteer dance instructor, Reid Alexander, is a California boy accustomed to living in flashy luxury. He is less than thrilled upon inheriting his late grandfather’s South Dakota horse ranch. Yet he must endure three months of cowboy hell before he can even consider selling the property.
As the ranch foreman, Walker Corrigan’s entire life is Pine Ridge. When Reid arrives with cold-hearted plans to sell, Walker endeavors to endear the place to the younger man.
Reid is unprepared for the sudden attachment to Walker, the land, and – unbelievably enough – the horses.
Walker’s long-suffering heart takes an unexpected gallop straight toward Reid. Both men are on-board with exploring their relationship, and Reid discovers ranch ownership is more gratifying than he’d once imagined.
But Reid is forced to reconsider his place on the ranch when threats put the property and employees in danger.
Menacing events call Reid’s integrity into question, and he considers saving everyone the hassle and throwing in the reins. But how can he leave when his heart now feels at home on Pine Ridge Ranch and in Walker’s arms? 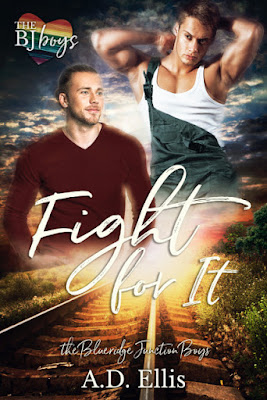 Micah is a small-town mechanic with a big-time dream. He’s found his soulmate in high school social studies teacher Coleman Pierce, but while Micah’s out and proud of it, Coleman’s closet door is closed, locked, and welded shut. Stolen nights are all they’ll ever have, unless Micah can find some way to convince Cole that coming out won’t be the end of his dreams.
Cole moved to Blueridge Junction to escape his past. He planned to make himself a new life, far from home and the betrayal he’d suffered there. He wasn’t going to make the same mistakes again, but he didn’t count on meeting Micah, or the intensity of the feelings the man arouses in him.
But Micah is out and Cole… isn’t. And while Micah definitely revs his engines, Cole isn’t going to risk his job or his newly minted future on a relationship that might not work out. When outside forces bear upon the couple, Cole is faced with a decision. Will he keep his secret and risk losing everything, including the man he loves? Or will he stand with Micah and fight for their future?

A.D. Ellis is an Indiana girl, born and raised. She spends much of her time in central Indiana as an instructional coach/teacher in the inner city of Indianapolis, being a mom to two amazing school-aged children, and wondering how she and her husband of nearly two decades haven't driven each other insane yet. A lot of her time is also devoted to phone call avoidance and her hatred of cooking.
She loves chocolate, wine, pizza, and naps along with reading and writing romance. These loves don't leave much time for housework, much to the chagrin of her husband. Who would pick cleaning the house over a nap or a good book? She uses any extra time to increase her fluency in sarcasm.
A.D. uses she/her pronouns.
FREE books-- sign up at bit.ly/ADEllisNews for a FREE male/female romance.
Sign up at http://www.subscribepage.com/ADEllisNewsMMRomance for a FREE male/male romance book.

One winner will get the
audio code for His Reluctant Cowboy and a single title from A.D. Ellis' backlist sent to Kindle
Contest will end July  19th
thank you