All About Me and What's To Come: JP Kenwood ~Guest Post #Giveaway 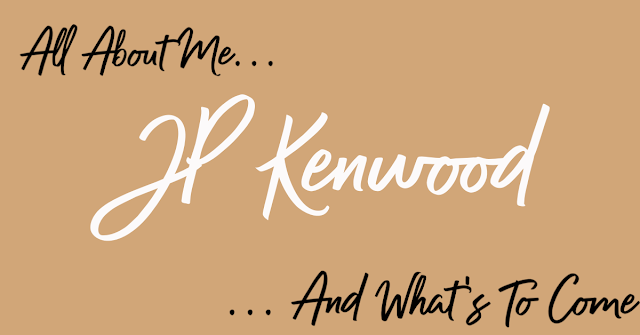 All About Me and What's To Come has been an awesome feature! It's been great learning about books authors have written and what's coming from them. We're excited to have JP Kenwood here today talking about their books and what's coming up. So, check it out and be sure to enter the giveaway at the end.

Huge thanks to Meredith and Diverse Reader for the chance to stop by and tell folks about my books. I write mm historical fantasy, a wee subgenre within a subgenre within a subgenre.  Historical fantasy involves creating fictional characters and putting them in a relatively accurate historical setting.  For me, the fun is creating a story in a world that has rules, and then deliberately and deliciously bending those rules. :D

My two main characters, Gaius Fabius and Allerix, never existed at all. Totally made up lads. Being the cruel author I am, I saddled my fictional Roman character, Gaius, with a major role in a real imperial family so he could play with a few famous historical Romans, including Hadrian, Pliny the Younger, and Tacitus. Readers have described my books as unexpected, original, funny, sexy, thrilling, and heartbreaking. I’m extremely thankful to everyone who has taken a chance on this out-of-the-box romp.

My gods, I started this journey with Gaius and Alle back in 2013. Over five long years ago!!  At the end of January, I’ll publish the third full-length novel in this four-book saga, Blood Before Wine. I call these books a saga instead of a series because they are one big, long, insane story that spans over a decade of history. The same main characters, the same crew of friends and family and enemies, reappear (and sometimes disappear) while a few new players are thrown in here and there.

But Dominus is always focused on the unlikely, lusty love story of an ambitious, ferocious Roman general and a proud, captive Dacian prince.

For lots for info about me and the Dominus lads and weird Roman factoids, my author blog is: https://jpkenwood.com
Oh, and we have a cozy, fun Facebook readers group too:  https://www.facebook.com/groups/DominusPlayroomReadersGroup/

Below is the brilliant new bespoke cover and the blurb for Book 3 of the Dominus saga by the super talented Lehanan Aida. Blood Before Wine (Dominus Book 3) is scheduled for release on January 31, 2019. An auspicious day! These are not stand-alone novels. Dominus Books 1 (Dominus) & 2 (Games of Rome) should be read first. Both Dominus and Games of Rome are now available for the first time ever through Amazon Kindle Unlimited. I also write shorter, filthier novellas set in the same Dominus universe. February and December (Dominus Calendar Series I) is also available on Amazon. 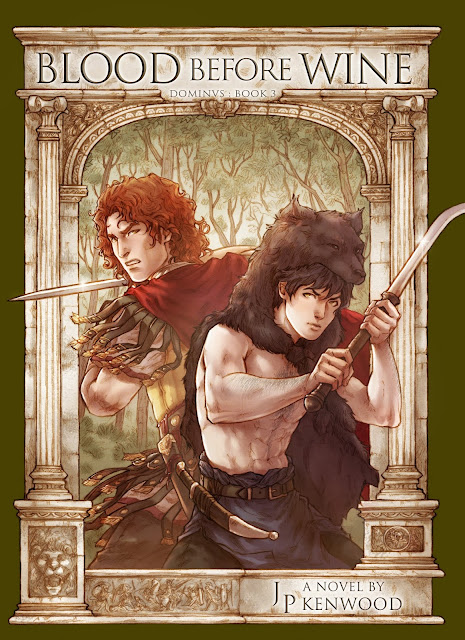 
Conquer. Own. Sacrifice everything.


Gaius Fabius knows a healthy son will secure his claim to the imperial crown of Rome, but his devotion to his Dacian pleasure slave, Allerix, threatens to topple his political power. Determined to solve the mysterious murder of a friend, Gaius searches for clues hidden deep in the palace that might jeopardize his future and his family.


But while he and Allerix share passions in and out of the bedchamber, another assassination sends Gaius and his captured prince back to the vanquished kingdom of Dacia. In order to protect his beloved concubine, can Gaius find the courage to sacrifice his own heart?


Allerix knows vengeance for the vicious destruction of his homeland is within tantalizing reach, but only if he can convince his Roman master to trust him. When an unexpected ally interrupts his plans, Alle sets aside his lust for revenge to embrace the ecstasy of Gaius’s unbridled devotion.


But a surprise reunion with a childhood friend and an unforeseen return trip to Dacia remind Allerix of all he has lost while revealing the honor and glory that remain to be won. To earn the respect of his kinsmen, can Alle betray the only man he has ever loved?


Dominus is a plot-packed m/m historical fantasy set in ancient Rome during the reign of Trajan (AD 98-117). Blood Before Wine is the third book in this four-book alternative history saga—a tumultuous adventure of forbidden love, humor, friendship, lust, political intrigue, deception, and murder.

For a chance to win signed paperbacks of BOTH Dominus and Games of Rome as well as a bag of adorable Gaius and Allerix chibi swag, please comment below and fill out the rafflecopter. Open to international shipping. One winner will be chosen at random. I’ll contact the winner via email for a mailing address.


a Rafflecopter giveaway
Posted by Diverse Reader at 7:04 AM

Email ThisBlogThis!Share to TwitterShare to FacebookShare to Pinterest
Labels: All About Me and What's To Come, Giveaway, Guest Post, JP Kenwood, LGBT, LGNT, MM, MM Historical