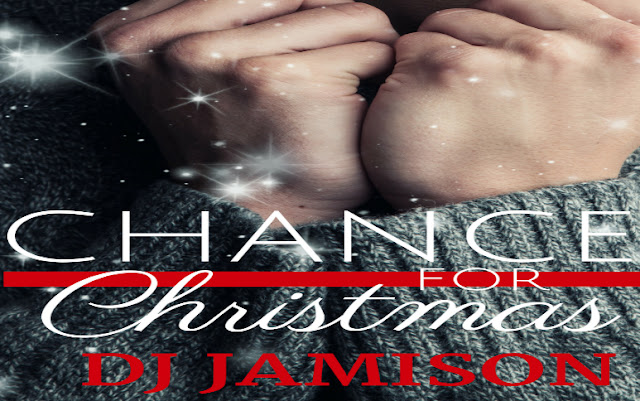 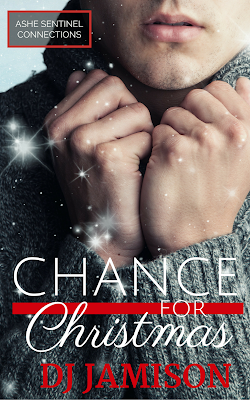 Chance Rasmussen returns to Ashe, Kansas, eight years after his high school crush humiliated him with a sext that went viral. He's low on holiday spirit with his personal ghost of Christmas past haunting him, but when his BFF asks him to attend a party as her fake date, he reluctantly agrees. The last person he expects to see there is Joe Stewart, the compassionate prosecutor he hero-worshipped during the lowest point of his life.


Joe Stewart is a great prosecutor, but when it comes to romance he's out of his depth. He came close to love once, but the timing and circumstances were all wrong, so Joe ignored his feelings and threw himself into his work. But when two of his friends drag him to The Ashe Sentinel holiday party, placing him directly in the path of the man he let walk away, Joe realizes he's been granted a second chance.


The spark of attraction is still there, but Chance isn't planning to stay in Ashe past the holidays and the spectre of his past still looms large between them. Can they find a way to build a future together or will Joe only have Chance for Christmas?

Chance for Christmas is part of the Ashe Sentinel Connections series, but introduces the love story of two new characters and can be read as a standalone.

I’m excited to share a short excerpt from my new release, “Chance for Christmas.” This book was a challenge to write for a lot of reasons, not the least of which was the fact that the Christmas season just wouldn’t wait for me!

The clock was also ticking for Chance and Joe to find their HEA.

Chance returns home for the holidays, but he has no plans to make Ashe his permanent home, not after a sext humiliating him went viral and resulted in a criminal case eight years ago. Joe knows he has only a short time with Chance -- if he manages not to screw that up. He’s not known for being great with romance.

Both men are off-balance for different reasons. Joe is coming to terms with the new, bolder Chance who’s no longer the vulnerable 18-year-old who first tugged at his heartstrings. Chance delights in getting to know the version of Joe who’s not a polished prosecutor but an adorably flustered and imperfect man, but the past has a way of rearing its ugly head.

Before Chance can move forward with Joe, he’ll have to stop running. Love, family, his future all seem to hang in the balance as Chance wrestles with his demons.

“Give me a ride?” Chance said, his voice dripping with innuendo. Good God, he almost made himself blush.
“Uh …”
Joe’s swallow was audible.
The man’s nervousness was like an aphrodisiac to Chance. He’d been around so many guys who made the first move — hell, made the first leap, all over him within seconds of meeting. He’d had casual sex, hook-ups at clubs or parties, but Joe was different. They had history. They had a connection that went far beyond sex.
Chance knew anything they did would have more meaning to him than just a passing hook-up. He had to be careful with Joe, but he wanted him anyway. At least a taste.
“Okay,” Joe said, his voice rough, as he clicked the fob to unlock the car. “Are you teasing me, or …”
His voice trailed off as Chance reached past him to open the door — the back door — and slid inside. Joe mumbled something that sounded like “holy hell” under his breath. His brown eyes fixed on Chance, burning into him a long moment before he glanced over his shoulder and slipped into the car.
“I don’t do things like this,” Joe murmured.
“Then it’s about time.”

DJ Jamison is the author of the m/m romance series Ashe Sentinel Connections. She worked in the newspaper industry for more than a decade before becoming a freelance blogger and social media marketer. She’s married with two sons and four glow-in-the-dark fish that are miraculously still alive. DJ loves connecting with readers, especially through Facebook. You can join her group at DJ and Company.

DJ Jamison is feeling super giving for the holidays and will gift one person
with a $25.00 Amazon gift card!
Simply enter the rafflecopter below!
Contest ends December 15th.
Good luck!