Give a Little, Thank A lot~ Anna Butler for Highgate Cemetary *Giveaway* 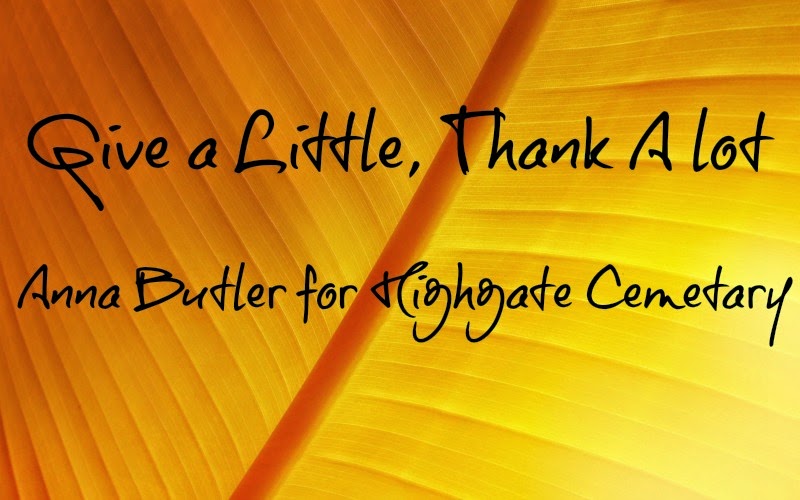 When Meredith asked for contributions to her ‘Give A Little, Thank A Lot” campaign for November, I was delighted to offer a post. I didn’t anticipate any difficulty at all, since, you know, I can waffle for England and be sure of winning gold medals.

No difficulty, that is, until I sat down and tried to decide what charity I’d like to talk about here. Thing is, there are so many that touch the heart. One Girl, that promotes education for girls in Africa, for example, that really speaks to me as I’m passionate about education and all too aware of how privileged we are here in the UK. And I believe that if we educate girls and women, we lift whole societies up – it’s such a worthy aim. Or there’s WaterAid, a charity I tend to think of every time I turn a tap and clean water gushes out. A simple thing, clean water, for saving lives and again, giving entire villages and societies a boost up. I also support charities for asthma research and mental health support and AIDS research…

Too many to choose from. Then it struck me that really, while I do move between charities as particular circumstances make one more urgent, there’s only one charity I’ve supported consistently for the last thirty years. It’s not about people, except tangentially. It’s a place. A place steeped in history and an important ecological treasure almost in the centre of grubby, built up old London. And also, I figured that charities supporting people would get a good airing during Meredith’s month of thankfulness, and maybe this one’s a little different.

It’s a charity supporting a cemetery. No, seriously. Highgate Cemetery, as it happens.

I’ve been a Friend of Highgate Cemetery for the last thirty-something years. For many years I was a guide there, taking tours around the fragile, incredibly beautiful Western cemetery (Swains Lane in Highgate cuts the cemetery into two). It was where I spent my Sundays, touring and talking to visitors and promoting support for the cemetery. When I die, my ashes will be interred there. 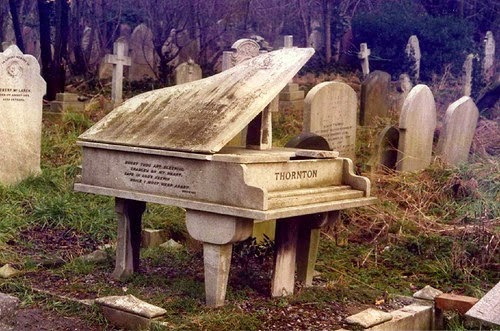 Gruesome? I don’t think so. Highgate is one of the most beautiful places I know, one of the most tranquil and peaceful, one of the greenest. It’s a paean to wonderful funerary architecture. It nods towards the Victorian fascination with machinery and advancement: it had a lift in the chapel that took the coffin down to a tunnel that ran under Swain’s Lane, so the deceased could be trundled safely, and decorously, to their gravesite. It’s stuffed full of fascinating Victorian monuments—a piano, a chessboard set at checkmate, cricket stumps with a ball going through the bails to show the batsman’s ‘out’, a famous pugilist’s dog, a pyramid, George Wombwell’s lion and more gloriously androgynous angels than you could shake a stick at. And it has the Egyptian gateway. The most evocative and atmospheric entrance to a set of catacombs anywhere. Well, except maybe in Egypt itself. 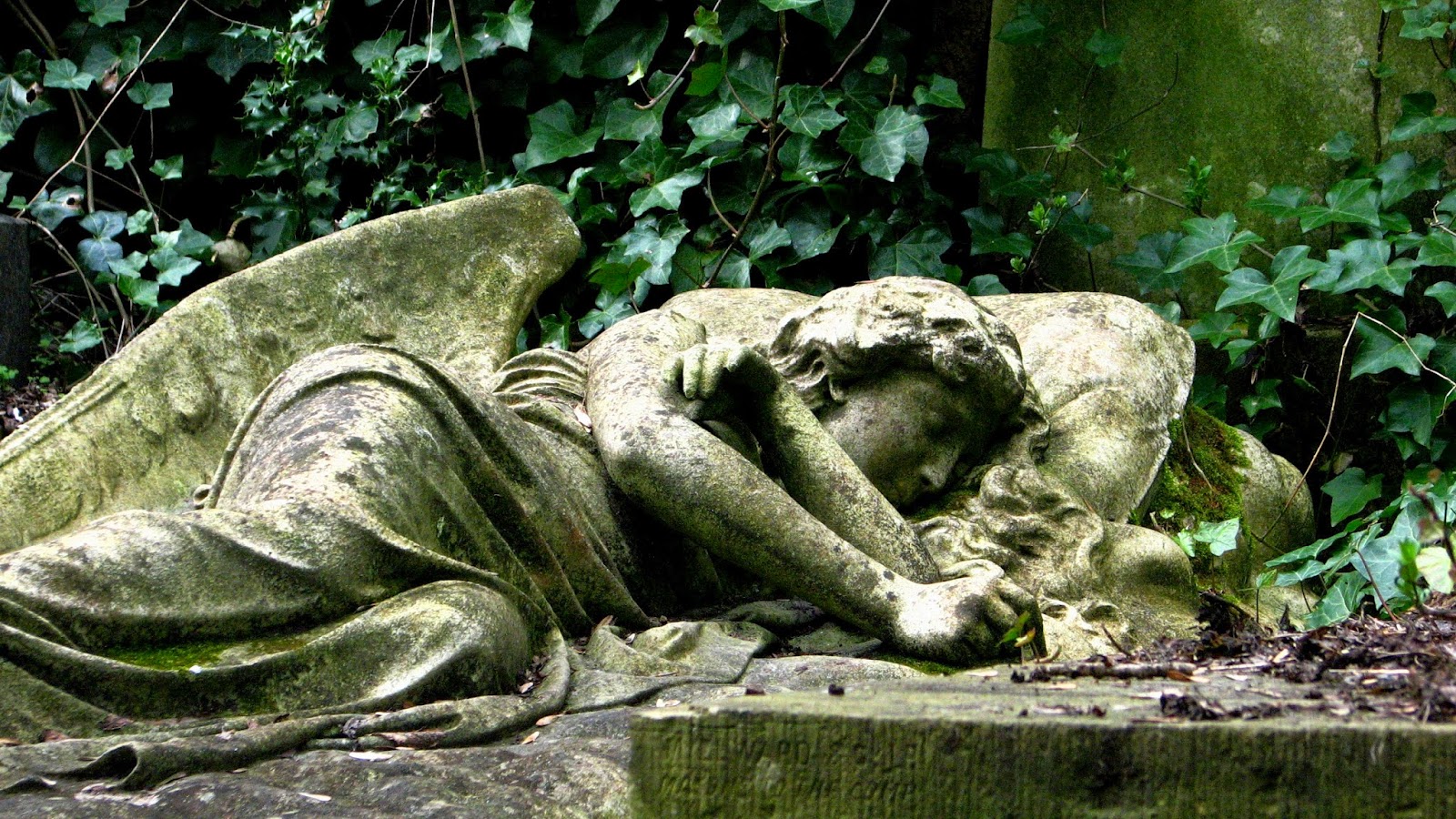 And it’s stuffed full of fascinating people: Karl Marx heads the list, of course, but George Eliot’s there; Charles Dickens’ parents and sister, wife and some of the children (he’s in Westminster Abbey); Dante Gabriel Rossetti’s muse and wife, Lizzie Siddal, whom he had disinterred seven years after her death so he could retrieve a manuscript of his poems that he’d buried with her in the coffin. We have the man who invented Hovis bread and Henry Gray, the original author of Gray’s Anatomy (the textbook, not the TV show!); actors Colin Redgrave and Sir Ralph Richardson, Christina Rossetti the poet and Radcliffe Hall, the radical lesbian author, Michael Faraday the scientist and Charles Cruft who created Crufts Dog Show. We have George Michaels mum and Rod Stewart’s dad (Rod used to be a grave digger at Highgate when he left school – the gravediggers I knew said he was rubbish at it). Oh, they’re interesting people, the ones buried there. 170,000 of them.

Highgate was built in 1839, one of a ring of privately owned cemeteries created to take the pressure off London’s overcrowded and horribly insanitary burial grounds and churchyards. It was lauded as one of the most beautifully landscaped green spaces in the city. But as the years passed, and space within it was limited, the company that owned it ran out of money and stopped maintaining it. By the early 1970s, it was so overgrown and vandalised that the company threw up its hands, locked the gates and left it to its fate. 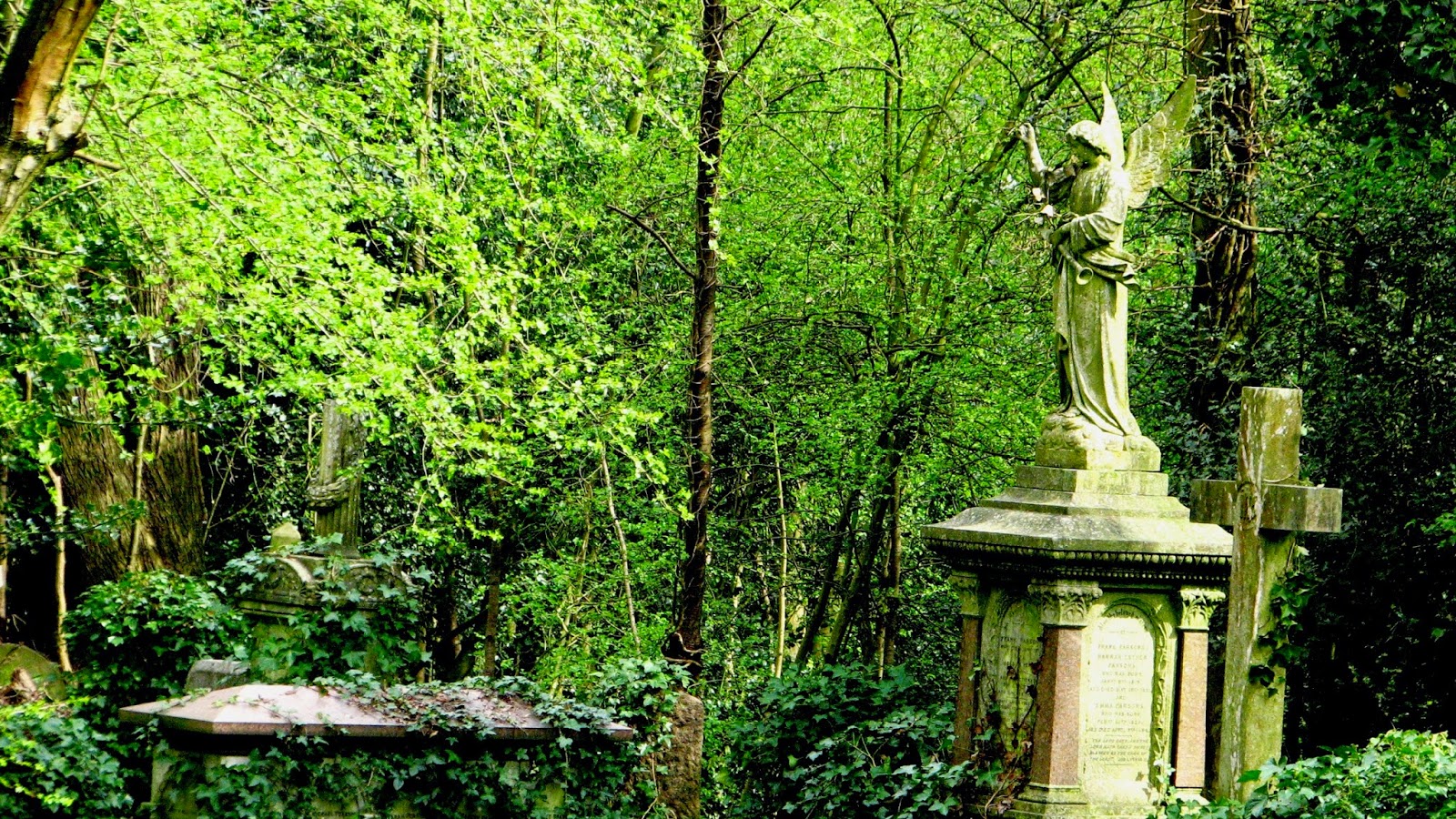 Its fate was to be moulded by Friends of Highgate Cemetery. For years, volunteers hacked their way through what had become a dense wood, chopping back vegetation to reveal the paths and monuments, raising money to repair buildings and walls, guiding curious visitors around to raise awareness (and more money…). By the early eighties, I was one of them. FOHC weeded out trees and repaired graves, and created an ecological plan that sought a balance between the needs of a (still-in-use) burial ground and a wildlife haven. FOHC acquired ownership of the cemetery, stopped its decline and more than anything, FOHC stopped it being bulldozed and built over.

I love it at any time of year but it comes into its own in winter. Try and be on the last tour at dusk, when the sky you glimpse through the trees will be all yallery-blue at the horizon and a funny saxe blue above that and sapphire right above your head; when the trees will be in their black winter scaffolding mode, and there will be a huge harshness of crows wheeling between them to perch on the chapel roof and stare down at you with their cold, intelligent eyes. Go when it snows, and the cemetery is all dark blackened statues caught in a mesh of ivy leaves that should be dark green but are glittering silver instead; when every blade of grass is rimed with frost.

It’s a lovely place to spend an hour. You won’t regret taking those minutes away from Twitter and Facebook, and just letting yourself soak up the atmosphere instead. It’s like taking a deep breath. It’s good for you to step into the past for a moment, if only to remind you how lucky you are now. 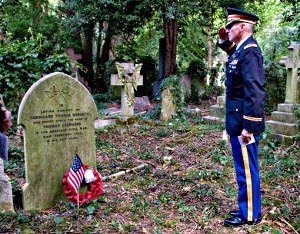 And as a thank you for reading about my funerary obsession, I’ll give one commentator, chosen at random, an Amazon gift voucher (£10 at .uk or $15.00 US equivalent is in $ at .com or whichever version of Amazon is near you).

Giveaway will run until December 4th. Winner will be notified via email! Good luck and thank you for giving :)

a Rafflecopter giveaway
Posted by Diverse Reader at 5:30 AM

Email ThisBlogThis!Share to TwitterShare to FacebookShare to Pinterest
Labels: Anna Butler, Give a Little, Giveaway, Highgate Cemetary, Thank A lot