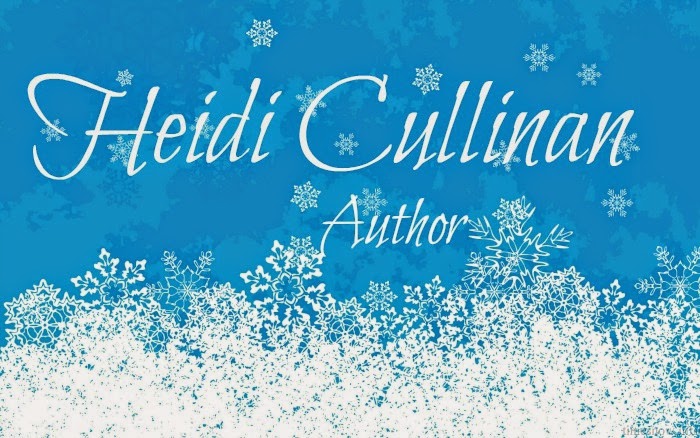 The amazingly talented Heidi Cullinan is my spotlight author this week! Naturally, I'm starstruck. She is not just talented, she's ambitious, she's kind, and she is a huge supporter for LGBT rights.

With 18 novels,4 novellas, and 3 short stories under her belt, and I'm sure these numbers will grow, she has become a voice for equality as well as an inspiration for writers in this genre. For readers, she's pure entertainment. It's one thing to sit down and read a well written book, it's another to be blown away by it. I always close a Heidi Cullinan book and immediately want to do it again.

Her awards are MANY:

Miles and the Magic Flute 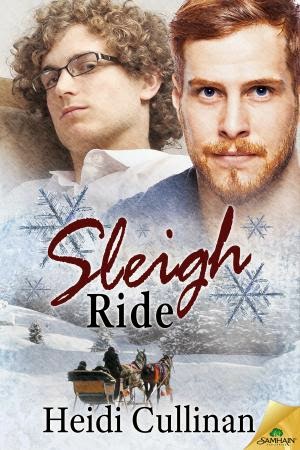 Minnesota Christmas, Book 2
The way to a man's heart is on a sleigh.
Arthur Anderson doesn’t want anything to do with love and romance, and he certainly doesn’t want to play Santa in his mother’s library fundraising scheme. He knows full well what she really wants is to hook him up with the town’s lanky, prissy librarian.
It’s clear Gabriel Higgins doesn’t want him, either—as a Santa, as a boyfriend, as anyone at all. But when Arthur’s efforts to wiggle out of the fundraiser lead to getting to know the man behind the storytime idol, he can’t help but be charmed. The least he can do is be neighborly and help Gabriel find a few local friends.
As their fiery arguments strike hotter sparks, two men who insist they don’t date wind up doing an awful lot of dating. And it looks like the sleigh they both tried not to board could send them jingling all the way to happily ever after.

There are so many AMAZING books by this author. Please go to her website to see ALL of them *THIS IS IMPORTANT TO THE GIVEAWAY* BOOKS BY HEIDI CULLINAN


In my opinion you are a very uninhibited writer. You write sex in a way that makes people blush. No one can pull it off like you do. My question is, how do you push the envelope when you write sex? How do you do it?

Thank you for the compliment, which I'm not sure I deserve. I'm not sure how I do it. I write honestly, I suppose, and I don't hold back. If I have a moment of thinking, "gosh, that's a little risque," if it feels right for the characters, I do it. That's basically how I approach everything, sex or otherwise.

Hopefully you can answer this. Will Paul get his own Minnesota Christmas story?

Yes, working on it now. It's called Winter Wonderland and will hopefully be out next year at Christmastime.

You've collaborated a few times with fellow authors. What's the most challenging part with collaboration?

Mostly I've collaborated with Marie Sexton. The hardest part is making sure everyone's process is respected during the drafting and everyone feels heard, and afterward it's essential everyone is on the same page for how it will be published and promoted. That second part is best ironed out before one starts writing together, in fact.

If there was one place you could go for research, where would you go?

In your opinion, what's one of the worst habits new authors have?

Don't know that I can generalize about habits, but I know the worst misconception is thinking someday it will get easier. It gets harder in different ways, and some things are never easier, simply more familiar.

Can you tell us about some of your future projects?

Well, I have at least two more books in the Love Lessons series coming, one at least in the Minnesota Christmas, three in a new series called the Roosevelt, the first book Carry the Ocean which is out in April. I have a steampunk out in 2016, and other things that aren't nailed down enough to talk about yet. I have some backlist I'm moving/republishing, but that's also all very up in the air.

How do you think you’ve evolved creatively?

Hmm. I get better every book at taming my tendency to overwrite. I think I'm more efficient about listening to characters and can tackle more complex themes without feeling like I'm lost. I also know how to not take things so seriously and write a fun book that doesn't have a ton of meaning behind it.

What do you think of “trailers” for books?

I've done them, and they're fun, but they're a lot of work for I'm not sure how much benefit. I think it's fine if people want to do them, and fine if they don't.

Was there a particular moment when it really hit you that you're an author? Can you tell us about that?

Well, it was a nice moment when I first had a paperback in my hand, which I had to go out in a snowstorm to fetch from the UPS station. It all happened a bit differently than I'd ever thought, as I'd been trying for ten years. So I don't think there was a big ta-da moment, no.


The new book Carry The Ocean that Heidi is talking about is actually available for pre order: 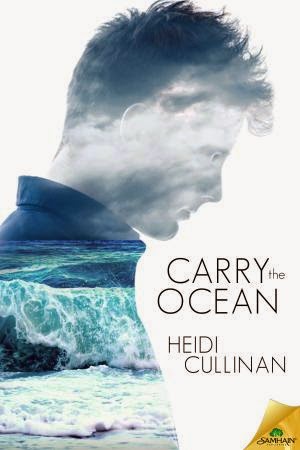 The Roosevelt, Book 1
Normal is just a setting on the dryer.
High school graduate Jeremey Samson is looking forward to burying his head under the covers and sleeping until it’s time to leave for college. Then a tornado named Emmet Washington enters his life. The double major in math and computer science is handsome, forward, wicked smart, interested in dating Jeremey—and he’s autistic.
But Jeremey doesn’t judge him for that. He’s too busy judging himself, as are his parents, who don’t believe in things like clinical depression. When his untreated illness reaches a critical breaking point, Emmet is the white knight who rescues him and brings him along as a roommate to The Roosevelt, a quirky new assisted living facility nearby.
As Jeremey finds his feet at The Roosevelt, Emmet slowly begins to believe he can be loved for the man he is behind the autism. But before he can trust enough to fall head over heels, he must trust his own conviction that friendship is a healing force, and love can overcome any obstacle.
Warning: Contains characters obsessed with trains and counting, positive representations of autism and mental illness, a very dark moment, and Elwood Blues.
To preorder click this link and preorder where you like: Carry the Ocean 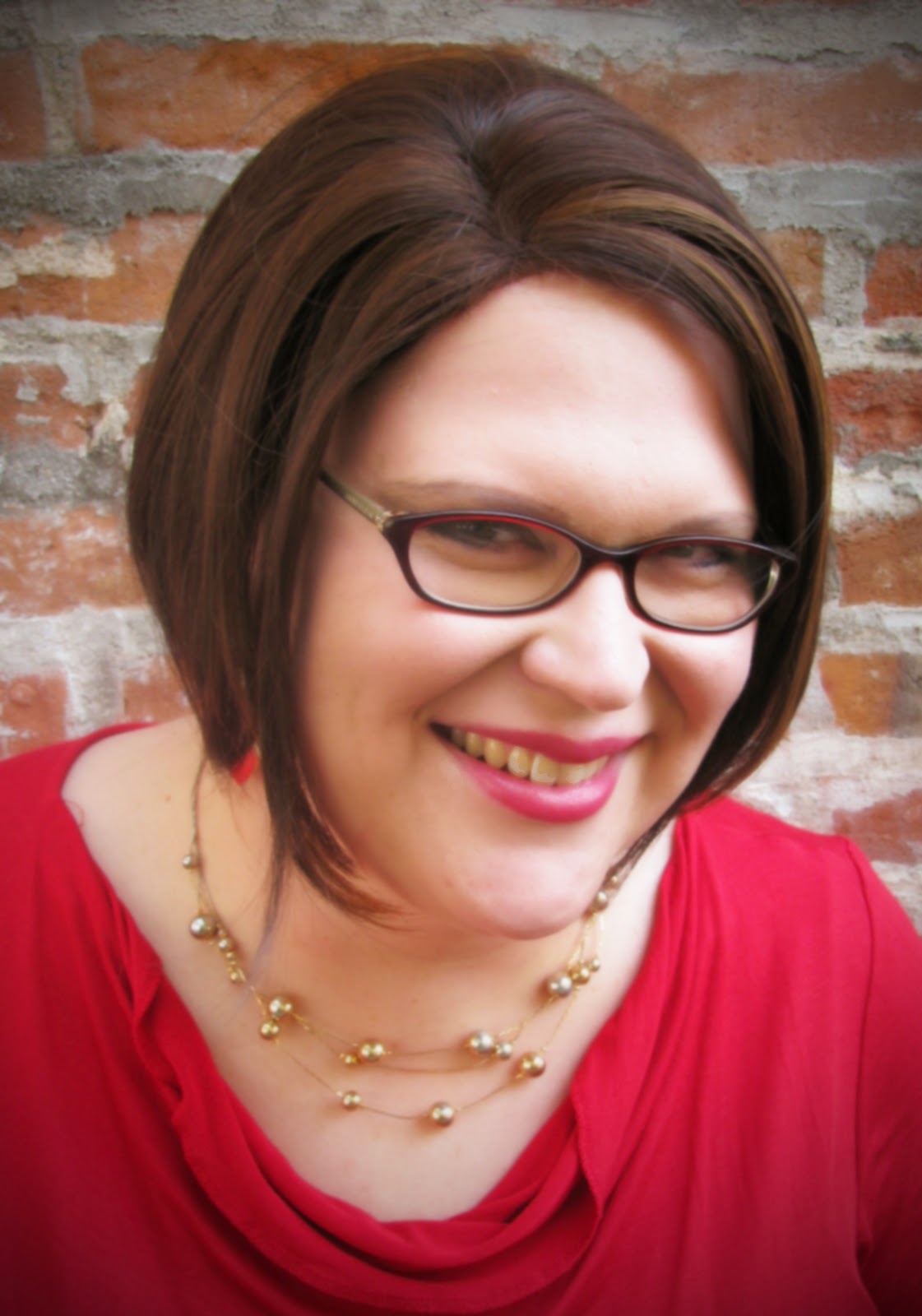 Heidi Cullinan has always loved a good love story, provided it has a happy ending. She enjoys writing across many genres but loves above all to write happy, romantic endings for LGBT characters because there just aren't enough of those stories out there. When Heidi isn't writing, she enjoys cooking, reading, knitting, listening to music, and watching television with her husband and teenaged daughter. Heidi is a vocal advocate for LGBT rights and is proud to be from the first Midwestern state with full marriage equality. Find out more about Heidi, including her social networks, at www.heidicullinan.com.
Heidi Cullinan is doing a WONDERFUL giveaway. She is offering ONE lucky reader a free ebook. ANY of her blacklisted books can be yours FREE!  You can view ALL her books on her website:heidicullinan.com

Contest will run until December 12th. Winner will be contacted via email (Please be sure to check your spam) I'll ask what book, format, and address to send it to. I will then let Heidi know and she will send it to you. Thank you all so much. Be sure to check out this wonderful author if you haven't already. If you have, well, keep watching. She's bound to do even more amazing things.
Thank you Heidi, so much for agreeing to be my spotlight author!
AS ALWAYS REMEMBER TO REVIEW!


a Rafflecopter giveaway
Posted by Diverse Reader at 6:06 AM