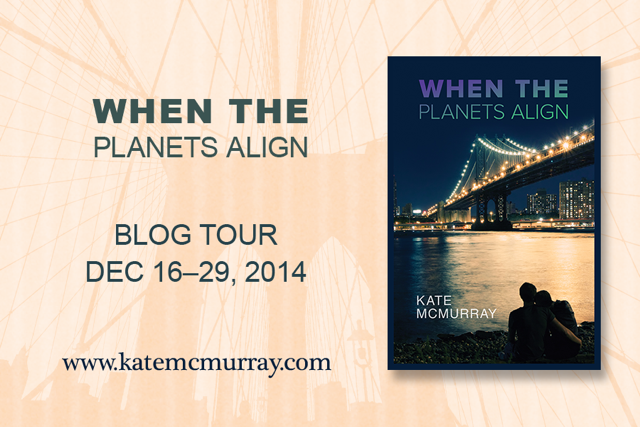 GUEST POST By, Kate McMurray
I think in recent years, “angst” has come to mean everything from a hangnail to waterboarding, but for me, the key to a good angsty read is not how horrific a book is, but rather tension.

Tension is the motor in most romance novels, propelling the narrative forward. It makes you sit on the edge of your seat. You keep reading because you want to see how it’s resolved.

The hook in When the Planets Align is two likeable characters—or guys I think are likable—who you root for so that, even when they do things you know aren’t going to turn out well, you keep reading with the hopes that everything will work out in the end.

So I’ve got an opposites attract pairing—Michael is outgoing and unreliable, Simon is shy and practical—but I’ve also got two guys who have been friends for many years. The story starts when both characters are 16, so they have a lot of learning to do before they can really relate to each other in a romantic sense. And I put these characters to the ringer, testing the bond of their friendship repeatedly, right up until the All Is Lost Moment when it looks like Michael has done something to betray Simon that can never be repaired.

My hope is that you as the reader will hang in there until the end to see if Michael and Simon can fix their friendship, because the end is worth it. At least, I think so.

I don’t normally write books this angsty, and I tend to like my romances more on the sweet and less on the tortured side, but the dynamics here seemed appropriate for these characters. That’s the key to putting a good story together; adapting to what works best for the characters and plot. I hope you all come to care for Michael and Simon the way that I do, and that you root for their happy ending! 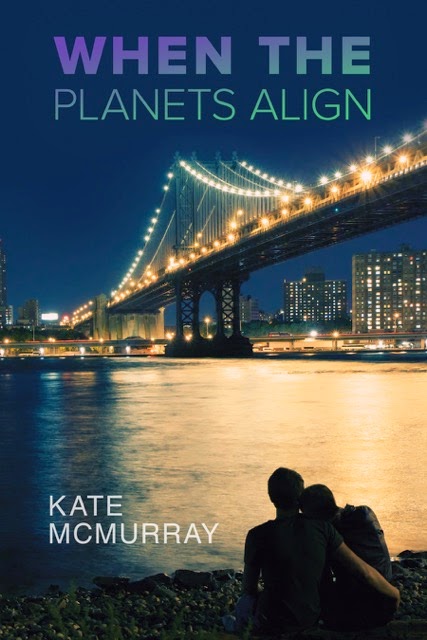 Blurb:
Best friends Michael Reeves and Simon Newell always lived within ten minutes of each other, but somehow they’re never in the same place at the same time.

Brash, outgoing Michael’s unwavering confidence that he and Simon are meant to be carries him through some hard times. When Simon moves to New York, Michael dutifully follows. Quiet, practical Simon loves Michael as a dear friend, but he’s not ready for anything romantic.

Several years and several failed relationships later, Simon realizes he’s been in love with Michael all along. Only now Michael has moved on. Though Simon offers everything Michael’s ever dreamed of, the timing is all wrong. Confusion, betrayal, and secrets from the past threaten their friendship until it might be time for them to go their separate ways. Or maybe the planets will finally align, and Michael and Simon will find themselves in the right place at the right time to take the next step.

MY REVIEW
I'm going to say right off the bat, I don't like time jump stories. HOWEVER, Kate mastered it. I was nervous when I saw the first one. But I ALWAYS give a book a shot! WOW, am I glad I did. Zero confusion. Well organized time flow. The story itself was beautiful. Michael and Simon grow together and we hate to admit it but when it comes or came to finding ourselves as we grew up we acted the same as they did. In that sense it was VERY realistic. I was a jerk as a kid as much as I was sweet. At 17 I didn't know what I wanted but I sure did think I did. And my 20's were scary because I knew I had to know but I wasn't ready and that is where Michael and Simon are throughout this story. We grew WITH them and that was awesome. I wanted to hate Joan, but I didn't. I wasn't fond of her but she played an intricate part in this story as you will see when you read it and yes, you need to read this book!

Kate McMurray is an award-winning romance author and fan. When she’s not writing, she works as a nonfiction editor, dabbles in various crafts, and is maybe a tiny bit obsessed with baseball. She is active in RWA and has served as president of Rainbow Romance Writers and on the board of RWANYC. She lives in Brooklyn, NY.

For more on Michael and Simon, check out Kate’s website: http://www.katemcmurray.com/