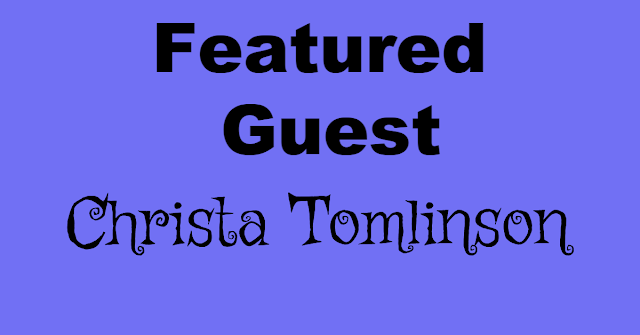 Diverse Reader is really happy to have author Christa Tomlinson here with us today. She has a new book and is thrilled to tell you all about it . There's an excerpt and an amazing giveaway! 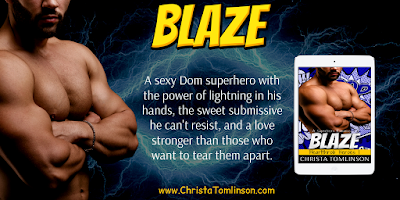 Hello! I’m Christa Tomlinson, m/m romance author. I’d like to thank Diverse Reader for having me on today and all of you for reading! I recently released BLAZE, the first book in a new superhero series and I thought I’d share what it was like to write a superhero romance.

These days, it’s hard to escape superheroes. They’re everywhere, thanks in large part to the recent Marvel Cinematic Universe movies such as Avengers Infinity War and Endgame. But superheroes have held people’s attention for many years prior to those movies. I know for me, I’ve been a fan since my days of watching Batman: The Animated Series, which is why I’m honestly floored that it took me so long to get the idea to write a superhero romance of my own.

As I sat down to plan the Heartthrob Heroes series, I was excited but nervous. I knew from the beginning that I wanted the stories to have a team feel, like the X-Men or Justice League. That meant I couldn’t make up each character as I went along. I needed to have the majority of the heroes created from the start, as they would appear in each other’s books during team fights, meetings, etc.

So, I sat down with a notebook and came up with all of the main character superheroes and the powers each one would have. It was harder than I thought it would be. But you know what was the hardest part? Coming up with names! Marvel and DC have a lot of the cool names I originally thought of locked down. Especially those with elemental powers like fire or water. But I kept trying and Googling to check to see if each idea I came up with was already taken. Eventually I figured them all out. After that, it was time to get to the world building and writing, and that’s when I had fun!

Creating my own version of something that I’ve enjoyed since I was a kid was an amazing experience. I got to combine two things that I love – superheroes and romance novels, and put them on the page for others to read. Very cool. And of course, as the story went on, I fell in love with the main characters – Danny and Jordan. I think they were a wonderful couple to kick off the Heartthrob Heroes series and I hope you’ll love them too. 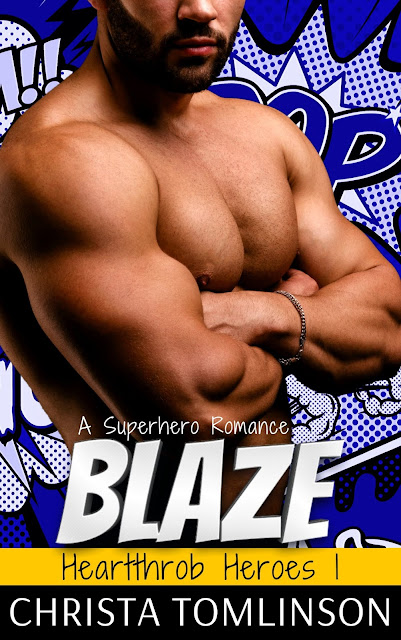 Fighting villains is easy. Falling in love is hard.
Blaze. St. Louis’s elusive superhero. In the dark of night, he wages war against the city’s criminal masterminds. Once the sun rises, he’s Jordan Wells, quiet custom body shop owner. Jordan has accepted that it’s his destiny to walk alone in the shadows… until the night he meets Daniel. The sweet, untrained submissive seeks a Dom, and Jordan would love to take on the role.

Jordan dreams of dominating the young man, of finding respite from his harsh life as a lone vigilante by losing himself in Danny’s softness. Unfortunately, past trauma has taught the superhero that letting others into his world leads to tragedy. Jordan knows he should let Danny go, but he can’t seem to tear himself away from the submissive’s gentle smiles and soft kisses. Can Jordan risk a relationship with Danny when his life as Blaze is rife with danger?
BLAZE is Book One in a steamy D/s superhero romance series. It has dramatic rescues, hot D/s sex, and evil villains. If you love shipping your favorite superheroes together, you'll want to give the Heartthrob Heroes series a try!

Blaze braced his palms against the brick wall on either side of Danny’s head, caging him in. The lightning grew closer, flashing in the sky behind him.

“Is that all you want from me? Comfort?”

Danny ran his tongue over lips gone dry from his rushed breaths. “What do you mean?”

“I see the way you react to me. Your pupils are blown. Your pulse speeds up. And you lick your lips.”

A gloved finger touched the center of his bottom lip, gently tugging it down. Danny trembled as he fought not to lick his tongue out again and taste the leather of Blaze’s glove.

“What else do you want from me, Danny?”

Danny was too overwhelmed, his head too filled with Blaze to answer. The warm scent of leather and his skin. The power radiating from him. The commanding presence that urged him to drop to his knees and submit. Blaze slowly pulled his finger away but he didn’t move out of Danny’s space. He leaned in, his intent clear.

Although he had plenty of warning, Danny gasped as their lips met. Blaze kissed him with fierce passion, dominating his mouth, demanding Danny submit and let him take control. And for several moments of blissful surrender, Danny gave in to the demand, returning the kiss with equal passion, while letting Blaze lead. But he was a one-man kind of guy. He couldn’t kiss Blaze hours after he’d kissed Jordan. Besides, he didn’t know this man. Had never even seen his face. He shouldn’t be making out with him in dark alleys. As much as he hated to do so he tore his lips away and turned his face to the side. 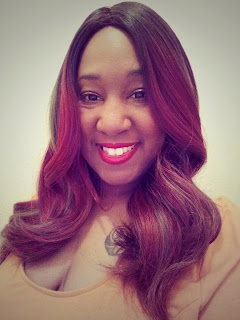 Christa graduated from The University of Missouri-St. Louis with a degree in history. She loves to create stories that are emotional and lovely with sex that is integral to the characters' romantic arc. Christa lives in Houston, Texas with her two dogs, and is a retired roller derby player.

BLAZE is now available on Amazon and is in the Kindle Unlimited Program. To thank Diverse Reader for having me on, I’m giving away e copies of BLAZE to three lucky winners. Thank you again for reading and good luck in the contest!
Contest ends November 18th