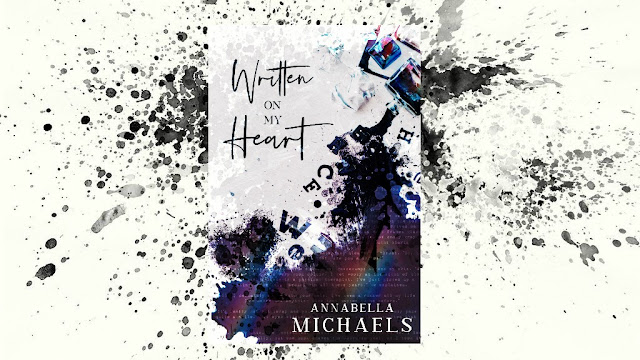 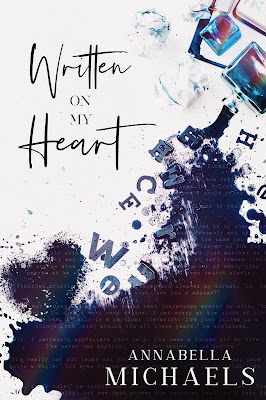 Garrett Sullivan’s heart was broken when he learned that the man he was secretly in love with, his best friend, Akio, was head over heels for someone else. Romance writer by trade, starry-eyed dreamer by design, Garrett leaves Chicago to mend his broken heart. After months of wallowing in his own misery, Garrett barely recognizes himself anymore. With only two weeks until he has to return home, he sets off for the beautiful island of Maui, hoping the sand, sea and sun will help him pull himself together.
Dean Wilder has worked very hard to become a household name and for his roles as a leading man in the biggest action films to grace the big screen. Considered one of Hollywood’s sexiest bachelors, Dean has had a string of meaningless relationships. The only thing his past partners have taken seriously are his fame, his fortune and the status they gain by being his plus one. Fed up with playing unfulfilling characters, frustrated and tired of being alone, he longs for serious film roles and a meaningful relationship. Desperate for a break, Dean sets off for his vacation home along a private stretch of beach in Maui.
Sparks fly when Garrett and Dean see each other for the first time, and after a wild night of passion, they agree to spend their vacations together, exploring the island and each other. But what begins as a bit of harmless fun soon turns into so much more than either man bargained for, and they must face some difficult decisions; about their lives, their careers and their hearts.

Garrett answered the door looking adorably sleep-rumpled. His hair stuck out in odd angles all over his head and his glasses lifted from his face as he reached up to rub his eyes. “Do you have something against sleeping in?” he grumbled.
“Aww, Boo, aren’t you happy to see me?” I asked, pushing my bottom lip out in a pretend pout.
He narrowed his eyes at me, clearly unmoved by my puppy dog eyes. “It’s vacation, Boo.”
“I brought coffee,” I said in a singsong voice, raising the paper cup in the air so he could see.
Rolling his eyes, he snatched the cup from my hand and turned, heading back into the house. I didn’t bother to hide my grin as I stepped inside, shutting the door behind me. I followed him into the living room where he plopped down onto the couch with a tired sigh.
“So, I take it you’re not much of a morning person,” I teased, taking a seat beside him.
“What was your first clue?” I laughed at his grumpy response.
“Okay, Mr. Crankypants. How about I go make us something for breakfast while you drink your coffee and work on waking up. I’ve got big plans for us this morning and they’ll go much smoother if you’re actually conscious.” Garrett grumbled something which may not have been very nice, but I took it as his agreement. Planting a quick kiss on the side of his mouth, I jumped up and headed into the kitchen.
Rummaging through his fridge, I began pulling out the ingredients for omelets. I moved around his kitchen, searching first for a frying pan, then a cutting board. I worked quickly, chopping onions, mushrooms, and green peppers. I set them aside as I heated a little oil in the pan and cracked the eggs into a bowl. I was busy whisking them when Garrett stumbled in and sat down on one of the stools at the island counter. I looked over my shoulder, giving him a cheerful smile as I ended the song I’d been singing.
“Do you sing in any of your movies?” he asked, chin in hand as he watched me work.
“God no,” I answered with a chuckle, pouring the eggs into the pan.
“Hmm. That must be why you got the part.” I spun around, my jaw hanging open. Garrett batted his eyes at me innocently, but I could see his lips twitching as he struggled to hold in a laugh.
“Ooooh! I can see I’m going to have to tell them to leave the funny juice out of your coffee tomorrow,” I said with a smirk. He lost the fight then, giving in to his laughter.

I am married to my high school sweetheart who let's face it, is a saint for putting up with me all of these years. Together we have been blessed with the chance to raise two amazing human beings and so far, we haven't screwed it up; I'll let you know for sure later. I am a business owner and spend more time laughing than actually working most days. I love watching movies, cooking, going to the beach and spending time with my family and best friends. I am an obsessive reader who is a complete sucker for a good love story but loves to feel a broad range of emotions throughout a book. I think real life is hard enough and so my books offer twists and turns, but always with a happy ending.

Three winners will receive copies of Written On My Heart
fill out the rafflecopter below!
Contest will end September 3rd
Thank you


a Rafflecopter giveaway
Posted by Diverse Reader at 6:52 AM