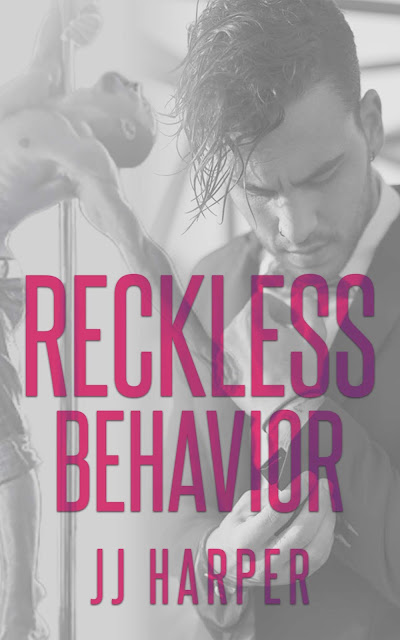 A brand-new standalone from JJ Harper

Framed and imprisoned at eighteen, six years later Santiago “Santo” Valentine is not the frightened teen he once was. Taught by Master Salvatore Moretti, and with walking papers in hand, Santo is determined to turn the family name around and distance it from the drugs and prostitution his father’s legacy is built on.
Santo seeks revenge on his father, the man who framed him, and the whereabouts of his younger brother, Luca.
When he finds him, in the worst place a child could ever be—a children’s home simply known as “The Pound,” where unwanted children disappear—Luca has a friend he refuses to leave behind.
At the first sight of Ezra’s brilliant, ice-blue eyes, something shifts in Santo, and he knows he has to help this boy, too.
Ezra, dumped at The Pound when he was barely eleven years old, takes one look at Santo and knows his heart is lost. He also knows he has no chance with him. He might be seventeen, but he’s nothing more than Santo’s little brother’s best friend.
After a massive error in judgment, Ezra runs, obliterating all trace of him.
Santo, sent to investigate a dancer for his club six years later, crosses paths with Ezra. Santo’s reckless behavior shocks them both and leaves them stumbling to trust their hearts.
*** 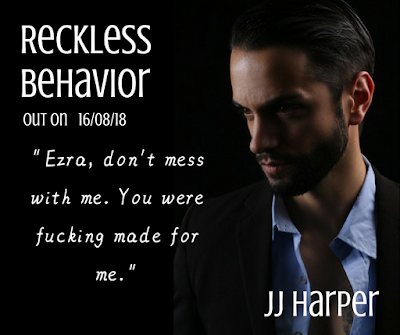 We walk into the busy diner, where Marcie, one of the waitresses, smiles when she sees me.
“Hi, Zee, be with you in two.” She runs her eyes over Santo and raises her brow at me.
“They know you here?” Santo leans over to mutter in my ear.
“They do.” I smile dryly.
Then Marcie comes over to us. “Just the two of you, hon? Or are the others coming later?”
“No, it’s just us, thanks.” I follow her and feel Santo close behind me.
We are seated in a booth at the back of the room; it’s quiet and semi-private. I order a sparkling water and Santo a coffee. Then I sit back and wait for him to talk. He mirrors me and stares. I refuse to squirm under his glare, but the sub in me wants to surrender.
“Why did you do it, Ezra?” His low voice pierces me.
“Self-preservation, Santo. I needed to get away from you.” I sigh.
“I don’t understand. What did I do wrong? I gave you everything you wanted.” He shakes his head.
“I know, but I wanted more. I wanted you.” I watch, waiting for a response.
“Ezra…” His eyes soften. “I know you did. Luca told me.”
“Of course, you did.” I sigh, feeling like a dick, “It wasn’t something I was ever going to do anything about. I mean, you were always busy. You had to get the club up and running. You had your brother to reconnect with. I was just Luca’s friend.” I stop as the server brings over our drinks and takes our food order. Santo’s eyes widen when I order a burger with everything. Then a genuine smile brightens his handsome face.
“Good to know you’ve still got a big appetite.”
“Yeah, well, I burn a lot of calories. And as you remember, I spent a long time hungry.”
“I wish you’d told me, Ez.” He gets back to the subject of my obsession.
“Why? You wouldn’t have done anything. I was still a kid. C’mon, Santo, we’re both adults now. There’s no way you would’ve touched me, even if I’d begged. And then, after that bastard in the club… I couldn’t face you. I was too ashamed.”
“Oh, Ezra, I’m sorry. Luca was devastated. He was angry with me for a long time. He misses you, even after all these years.”
My eyes flood. I locked my feelings away for so long, never allowing myself to look back; it hurt too much.
“I’m sorry, Ezra. I didn’t mean to upset you. I never expected to see you again. I’m here looking at a club I might buy. I was told to come and check out the best club dancer ever, that I needed to get him to come and work for me.” He shakes his head, smiling ruefully. “I never expected it to be you.”
“Have you told Luca you’ve seen me?”
“No. I didn’t know if you would want me to.”
“I don’t know. If he missed me so much, I thought it would’ve been the first thing you did. I’m guessing you’re not going to offer me the job, so I don’t really see the point of him knowing. You’re going to leave here, and that will be the end of it. We won’t see each other again.”
Our food arrives, and I tuck in, not really expecting him to answer.
“Would you consider it, if I offered you the head dancer position?” Santo picks up his fork and starts on his burger, too.
“No. I told you, I’m happy here.” I’m not going to tell him my feelings for him haven’t changed, but he looks at me shrewdly.
“Is it because of how you felt about me?”
“It’s because my feelings for you, after all these years, are still the same.” I look down at my food and then back up at him, gulping at the intense look in his eyes as he locks onto mine. “I need to go.” Dragging a twenty-dollar bill from my pocket, I drop it on the table. I daren’t look at him as I slide out of the booth.
As I walk across the parking lot, a hand grabs me, spinning me around. Santo’s eyes blaze, with what? Fury? Frustration? Hatred?
Then his mouth hits mine as his hands grip my arms. He groans as his tongue slides over the seam of my lips. His teeth nip, and I gasp. As my lips part, his tongue delves inside my mouth, licking everywhere. My teeth, gums, and the roof of my mouth are stroked. Then, as he slides his tongue over mine, I get the full flavor of the man I’ve only ever dreamed about.
I moan, and my body relaxes into his, letting him take what he wants as he growls, then bites on my top lip, tugging it hard. He towers over me, and his heavy, throbbing, meaty cock presses against my stomach.
“Get off me.” I push him away. Wiping my mouth with the back of my hand, I glower.
“Let’s go,” he snarls and grasps my hand tightly in his, dragging me towards his car.
“Wait!” I try and stop him, but he’s too strong. “What the fuck is going on, Santo?”
Slamming to a halt, he faces me, our chests close enough to touch as he leans down.
“You! You are the sexiest fucking thing I’ve seen in a fucking long time. I need to have you stripped and bound and ready for me. I’m going to fuck you so damn hard!” He pants, his eyes pits of fire again.
“Hey! I don’t fucking think so! I’m not your sub. You’re not tying me to anything, you asshole!”
“Ezra don’t mess with me. You were fucking made for me. Come on.” He releases my hand and cups my face. “Please, Ezra. Please, come with me.”
“Where?” I tremble under his touch, the quiver in my throat apparent as I speak.


“My hotel.” His tongue dampens his lips as he leans in even closer, his forehead up to mine. “Please?” JJ Harper likes nothing more than to lose herself in books, either reading or writing them. She spends her days dreaming about hot men and love stories, letting her imagination run away with her.
Living quietly in the South Lincolnshire countryside with her very patient husband and her uber-lazy dog she hides behind a sweet smile but really is a coffee-addicted, wine drinking, potty-mouthed girl with no intention of every growing up or growing old gracefully. 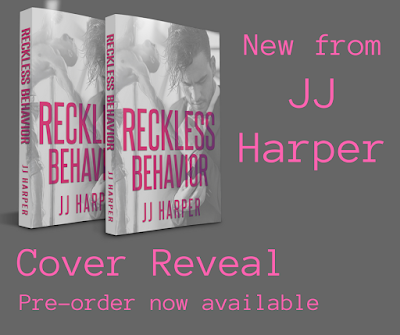 Troy – Into the Light
Amazon US
Amazon UK

Troy – out of the Dark
Amazon US
Amazon UK

Here Without You
Amazon US
Amazon UK

Rising Up
Amazon US
Amazon UK

My Turn
Amazon US
Amazon UK

Set to Fall
Amazon US

Posted by Diverse Reader at 2:46 PM