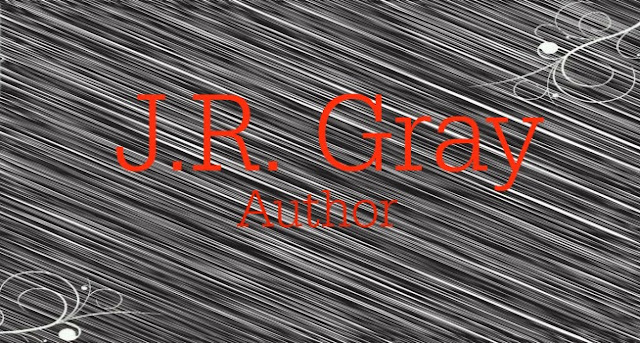 It's another Author Saturday Spotlight and today we have the fantastically talented J.R. Gray. I've read so many of his books and have yet to find one I don't positively love. So be sure to check him out! Today we'll check out some of his books, do an interview, and wrap it all up in a nice giveaway bow! So stick around. 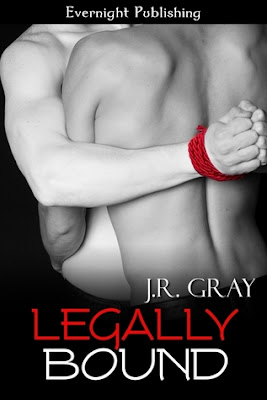 The last thing Daniel, a hard-working public defender, expected to see the morning after a one night stand was his hook-up staring back at him from the wrong side of the law. Assigned to work his case, Daniel vows to keep things professional with Rafael but has a hard time controlling his craving for dominance, the control, and the connection they shared. Rafael, a paid Dominant in the Chicago underworld, has been dealing with a cop problem for far too long. Used to sex with no emotion, he’s entranced with Daniel’s submission, his innocence, and…could there be something more? Can Daniel clear Rafael's name, keeping him out of jail and in his life, with the odds, a cop, and the mounting evidence against them? 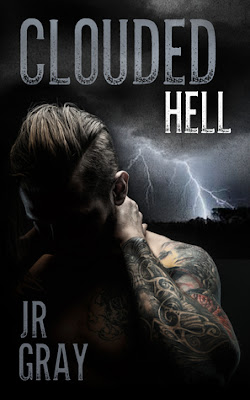 I survive on avoidance. Physical pain to avoid the mental. Disposable flesh to avoid relationships. Work to avoid attachment.

My club became my empire of avoidance. Inside the ring millions are won and lost. The fight is confined to breaths, actions and reactions, fists and pain. Rules don’t exist. Only my opponent exists.

I’d been avoiding my needs for far too long when Remi stumbles into the Inferno and I’m hungry. The promise of a submissive with no attachment is far too tempting. I can’t resist him.

He was only supposed to be a distraction, but I know I'll never get over him. There isn't a chance in this clouded hell. 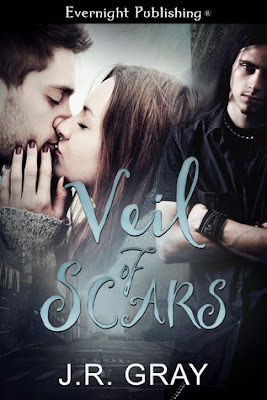 Steven is tall, dark, and damaged. He doesn't let anyone close, comfortable on the outside of normal life where he can hide his scars behind a wall so high that nothing gets through…except them. Despite a childhood marred with black and blue, he's survived and moved in with his two best friends, Sam and Charlie.

Life should get better, but it was Sam who held him when the dark threatened to swallow him whole, Sam who gave him a place that felt like home, and Sam who knew every scar and every broken place.

And it's all been taken away with Charlie sharing Sam's bed.

Without his former comfront, Steven realizes what's been hiding in the deep corners of his heart, and the truth sinks him like a weight. He’s in love with one or maybe both of his roommates. Navigating unrequited love tears Steven apart and brings him to the precipice, and he has to choose: his feelings or Sam’s…and Charlie’s?

Thank you, J.R, for being here today… again as my Spotlight author! I’d force you to answers questions all the time if it didn’t come off as strange and, as the nice police officer called it, “kidnapping and torture” I am a huge fan on top of all things so this is always fun. Let us begin, shall we?
Gray: Kidnapping and torture? You know I’m always down for that…

Tell us three interesting facts about yourself that we can’t find out reading your bio?
Gray: Well hell, you know how long it took me to come up with my bio so it makes me look way cooler than I am? 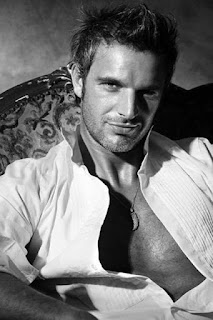 You’re going to be at GRL this year as a Featured author. How do you feel about this and do you have a game plan?
Gray: We need a game plan?! I’ve never been to GRL, and I don’t have any clue what even goes on there. It seemed like what all the cool kids were doing, so I thought I’d give it a shot. My game plan is going to be try not to be a terrible introvert and actually speak to people. Now I need to figure out swag. Any suggestions? Haha, I've never been either!

Clouded Hell is a remarkable book. Is there a sequel to that in the future or is that a done deal?
Gray: Not you too. Clouded Hell was written as a stand alone, but so many people, including my betas are harassing me for a sequel. (It has gotten to harassment level when they bring it up daily. -laughs-) The sad part? I already have about 5-10 thousand words of the sequel written. My issue with writing a second one, is the first was so emotional it took forever to write, so it’s a daunting task to undertake.

And let me ask you the question many have asked; will we see more George… I mean will there be more Bound books?
Gray: Bound Five (Capital Offense) Is almost done. I need to stop adding more to it. It’s becoming a beast of a book.

Can you tell us what you are currently working on and/or what’s coming from you in the future?
Gray: I am currently working on Bound Five, and after that I will be starting this plot bunny based a little bit off of Hozier's Take Me To Church. I also have a secret project that is finished and just being beta’d/rewritten. I bought the best cover photo for it.

2016 was a rough year for many people. I saw a post where you talked about it not being a good writing year for you. What advice would you give authors who hit that pothole? How do you move on from it?
Gray: My advice would be give yourself sometime. I had to take it. I couldn’t write. But then after said amount of time kick your own ass. I’m having to do a lot of that at the moment. Somedays I have to force myself to at least get out 500 words. It’s important to find a balance between hard on yourself and knowing when to give yourself a break.

If you wrote an autobiography what would you title it?
Gray: My insanity.

Coffee or Tea?
Both

Suspenders or Ties?
Both

Ties or awesome socks?
Both

Dog or cat?
Neither

Thank you, JR, for humoring me!!! I look forward to all the books from you!
Gray: Thank you for having me!

Enter to win a backlist ebook from the author!
Contest will end on March 17th!
Thanks and thank you to J.R. for being
here today!