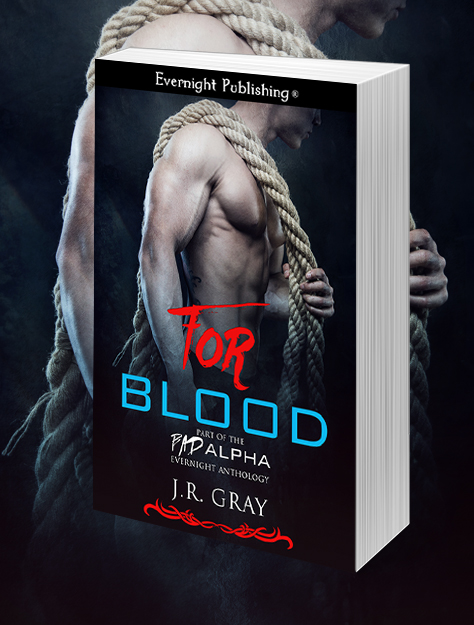 He had to marry her to end the war, but he wasn’t expecting to like it.


"Let's go home."
My heart jumped into my throat. "Home?"
He laughed. "So the asshole didn't tell you?"
I shook my head. "You've been signed over like a piece of property. You belong to me." He said the words like they tasted foul.
A shiver ran down my spine. I looked over at Alex, who was busy taking a girl from behind.
"I'm new to this. I'm sure he has his reasons." I loved my brother, but I hoped the reason wasn’t to spy on Roman. I pushed it out of my head. My brother could be an asshole, but I believed he was doing this for the packs.
"Being an asshole is a reason now?"
I bit my lip to not laugh. "You pull it off well, so what's your excuse?"
He raised a brow and lingered for a moment before turning around to shift. I wanted to know why he wouldn't shift while looking at me. He was beyond frustrating, and we were only hours into this arrangement.
I'd never seen this part of the grounds. The pack lands belonged to the Fala pack and thus were forbidden to be hunted on by any other. The sun crested the trees surrounding his modest ranch. He didn't wait for me, shifting before walking into the house, without a backward glance. The interior was utilitarian, done in bland shades of gray. It wasn't warm. Even the house wanted me to leave. He headed straight down the back hall, closing the bedroom door behind him.
I looked at the ceiling. He ignited so much rage. I wanted to curl up in the damn corner. I’d wanted to do this, but now I felt like I had been sold and not even to someone who wanted me. This wasn't me. I wasn’t about to let him make me feel weak.
I took a deep breath, marched up to his door, and threw it open. He lay sprawled out in bed and hadn't bothered with clothes. He looked so different lying there. Almost softer. I didn't ask permission to enter. I walked right over to the full sized bed he slept in and lay down, turning my back to him.
He sighed. I didn't react.
"You can sleep in the guest room," he said through gritted teeth.
I glanced over my shoulder at him. "What's the point? You're going to have to fuck me at some point since you own me now. Might as well get it over with."
He bared his teeth, and I did it right back. A low growl ripped through him. I scoffed.
"You're not scary." He was actually terrifying, but I didn't believe he would hurt me.
"You have to be a virgin when I take you at the next moon." His words were barely more than a growl.
"Like anyone is ever still a virgin anymore when they mate?" I rolled over to face him.
He would be the type to follow the rules.
"You will be," he said the words, but his body betrayed him.
His thick cock grew rock hard between his thighs. I stared. It was probably the worst thing I could have done. I saw naked men every moon. I saw them fuck in groups even, but I'd imagined Roman for years. The reality was better than I could have pictured.
"You don't mean that." I reached out and wrapped my fingers around his base.
His hand shot out and grabbed my wrist, ripping my hand from him. "I do." He threw my hand back at me and got out of the bed like it was on fire. "I'll take the sofa."

Other books by J.R. Gray


When not staying up all night writing, J.R Gray can be found basking in the warm glow of the Miami sun, or at the gym where it's half assumed Gray is a permanent resident. A dominant, pilot, and sword fighting enthusiast, Gray finds it hard to be in the passenger seat of any car. Gray frequently interrupts real life, including normal sleep patterns, to jot down nonsense. The bane of Gray's existence are commas, and even though it's been fully acknowledged they are necessary, they continue to baffle and bewilder.

If Gray wasn't writing…well, that's not possible. The buildup of untold stories would haunt Gray into an early grave or possibly a mental institution where the tales would end up on the walls in crayon and finger paint.

Giveaway
J.R. Gray is giving ONE person an ecopy of the entire Bad Alpha Anthology. All of these stories, from these authors:


For Blood by J.R. Gray
Destiny Realized by Khloe Wren
Exiled Alpha by Amber Morgan
Drakon’s Prize by Moira Callahan
Tiger’s Mate by April Zyon
Dark Heart by Elyzabeth M. VaLey
Resisting His Mate by Lynn Burke
The Alpha’s Vixen by Jocelyn Dex
Always Midnight by Ashlynn Monroe
Becoming the Alpha’s Mate by Harper Shaddock
Simply fill out the rafflecopter below. Contest will run until August 29th!
Good luck to you all and thank you, J.R. for your awesome generosity!