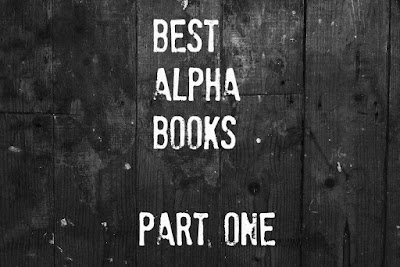 I went into the M/M Recs group on Facebook and asked them what their favorite Alpha books were. Some alpha men being all possessive. Rawr!

The response was INSANE! So I have to do it in 3 parts. I am posting part one this week. Part 2 will post next week. Part 3 the following week.

So, if you're a fan of some yum yum alpha men and looking for some great reads, reader recommended, I have some for you to look at. 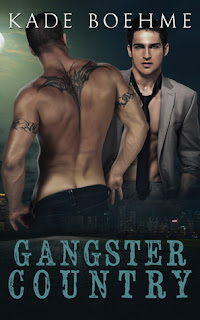 Gangster Country by Kade Boehme
Logan Marshall moves to New York to be a social worker where he feels he's needed most. Logan's always had it good. His Daddy is a preacher, sure, but he preaches a laid back, tolerant congregation who accepted Logan's sexuality gracefully. He's from a ranch in nowhere, Texas, which makes him a hot ticket in the clubs with his tight, work strengthened body and his cute accent. He's out of his element in New York, not looking for Mr. Right Now but Mr. Right.

Gianni Rodriguez grew up in Brooklyn. Nothing could be further from the way he was raised than innocent, good hearted Logan was. Gianni is fascinated that people like Logan even exist. And parents that not only are God-fearing, but also accepting?

As second in command of Los Cuervos, his brother's not-so-merry band of drug runners and pimps, Gianni's life would be in serious jeopardy if anyone ever knew the truth. That's why his growing attachment for Logan is a bad thing.

When Logan's work collides violently with Gianni's life, Gianni has to decide if the man is worth risking everything, even his family-- the man that may not even want him once he realizes what a monster the man he's been sleeping with really is. Could Logan be Gianni's reason to go straight? Or will they both go straight to an unmarked grave? 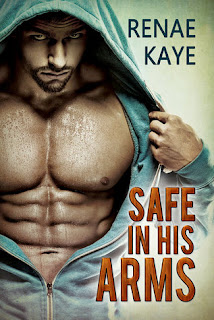 Safe in His Arm by Renae Kaye
In the late-night quiet of the caravan park shower room, Lon Taylor washes away the filth of the Western Australian mines. He’s not looking for anyone, but when Casey offers, Lon doesn’t turn him down.

Welcoming the young man in his big, hairy arms, Lon provides a safety to Casey that he has never known, and Casey wants to stay forever. Still reeling from the breakup of his family years ago, Lon’s not sure he’s ready for the responsibility of the comfort and security Casey craves.

But perhaps Lon can risk opening his heart again and hoping for a brighter future. Casey has some pretty big skeletons in his past to deal with. And Lon wonders what Casey will do when he finds out how badly Lon failed at protecting the ones he loved eight years ago. 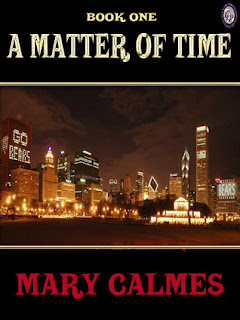 Matter of Time Series by Mary Calmes
Book 1: Matter of Time
Jory Keyes spends his time drinking and cruising gay bars picking up one night stands. Then suddenly he becomes the only witness to a brutal murder. Although the killer vows to silence him, Jory refuses to go into witness protection. This puts him into conflict with Sam Kage, a very straight and very hot police detective. When passion flares between the two men, Sam is astonished. Is he really gay? And if so, what will this mean to his career, and his life? As the danger threatening Jory increases, Sam senses that nothing is as it seems, and wonders who is really after his newfound and forbidden love? 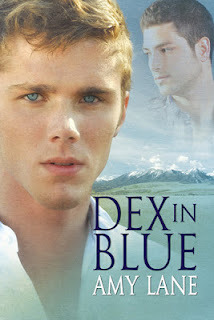 Except nothing is simple—not sex, not love, and not the goofy kid with the big dick and bigger heart who moves his life into Dex’s guest room. When they start negotiating fractured pasts and broken friends, Dex wonders if Kane’s honest nature can untangle the sadness that stalled his once-promising future. With Kane by his side, Dex just might be able to reclaim the boy he once was—and if he can do that, he can give Kane the home and the family he deserves. 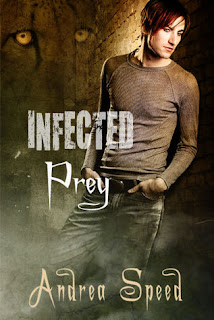 Infected Series by Andrea Speed
Book 1: Prey
In a world where a werecat virus has changed society, Roan McKichan, a born infected and ex-cop, works as a private detective trying to solve crimes involving other infecteds.

The murder of a former cop draws Roan into an odd case where an unidentifiable species of cat appears to be showing an unusual level of intelligence. He juggles that with trying to find a missing teenage boy, who, unbeknownst to his parents, was "cat" obsessed. And when someone is brutally murdering infecteds, Eli Winters, leader of the Church of the Divine Transformation, hires Roan to find the killer before he closes in on Eli.

Working the crimes will lead Roan through a maze of hate, personal grudges, and mortal danger. With help from his tiger-strain infected partner, Paris Lehane, he does his best to survive in a world that hates and fears their kind... and occasionally worships them. 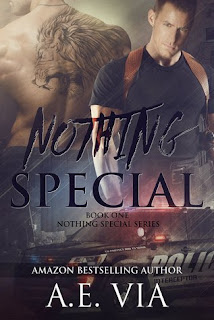 Nothing Special by A.E. Via
Detective Cashel 'Cash' Godfrey is big, tattooed and angry so people typically keep their distance. He's fresh out of the police academy, however, no one is looking to partner with the six foot four beast with a huge chip on his shoulder and an inability to trust. When Cash scans the orientation room he wasn't expecting to find sexy hazel eyes locked onto him. Eyes of the handsome Detective Leonidis 'Leo' Day.

Leo is charming, witty, hilariously sarcastic and the only one that can make Cash smile. He’s proud, out and one bad-ass detective.

Together Cash and Leo become the most revered and successful narcotics detectives Atlanta’s ever seen. Able to communicate and understand each other, without even having to voice it, they quickly climb up the promotional ranks.

When Cash saves Leo's life in a raid that turns deadly, Leo begins to see something in the big man that no one else does…something special. But Leo fears he'll never break through the impenetrable wall that protects Cash's heart. 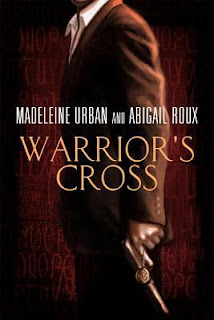 Warrior’s Cross by Abigail Roux and Madeleine Urban
Cameron Jacobs is an open book. He considers himself a common waiter with normal friends, boring hobbies, harmless dogs, and nothing even resembling a secret... except a crush on a tall, dark, devastatingly handsome man who dines alone at his restaurant on Tuesday nights. All it takes is one passionate night with Julian Cross to turn Cameron’s world on its head.

Julian's love and devotion are all Cameron could have hoped for and more. But when his ordinary life meets and clashes with Julian's extraordinary lifestyle, Cameron discovers that trust and fear can go hand in hand, and love is just a step away from danger.