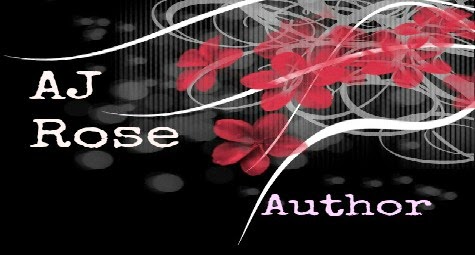 AJ Rose, author of the Power Exchange Series, Queers, and The Yearning is my spotlight author this Saturday and she's talking about her new book, set to release March 12th, The Anatomy of Perception.

Today, for all of you, we have an excerpt, cover, blurb, trailer, playlist, AND a giveaway! It's a packed post!

Let's get started shall we? What is The Anatomy of Perception? By the time we're done here you'll be stoked to read this book! 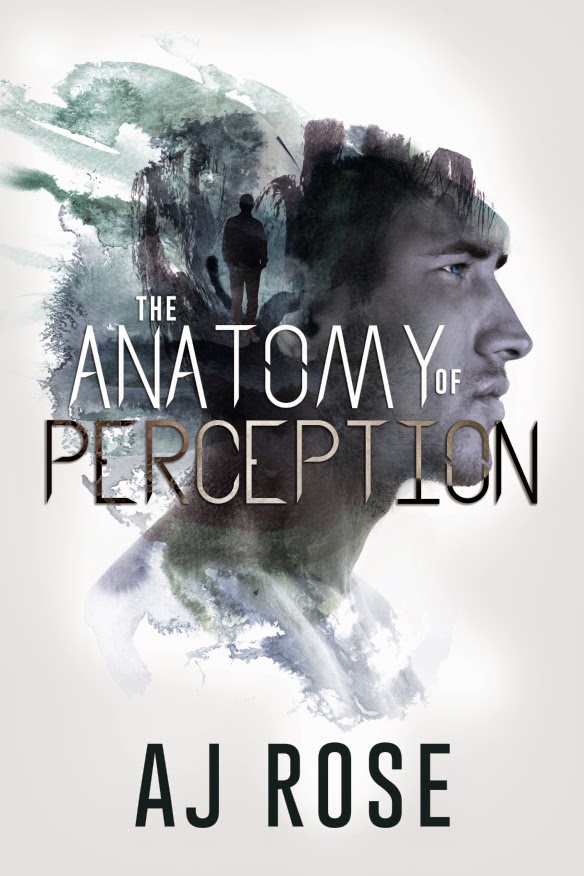 In the beginning, there was wreckage. Dane Perry’s mother was dead, and the father who always said he’d amount to nothing blamed him. Dane swore he’d become something. He would be someone.

In the middle, there was escape. Rebuilding his life from the ashes of his mother’s memory, Dane found success as a respected surgeon, and love in the form of Craig Dahl, a talented artist who became his everything. But there was also darkness, lies, and a crumbling foundation just waiting for the ground to shift.

In the end, there was a spectacular fall, illusions shattered, and for Dane, nothing more to lose. He was broken, damaged, and left with fierce demons. But from the bottom, the only way left is up. Dane renewed friendships and salvaged his career. The only thing he cannot replace is Craig. But Dane has a plan. Brick by brick, his foundation is rebuilt, and all he needs is for Craig to listen one last time.

In the beginning again, there’s hope and tatters of love. Can Dane repair the damage with Craig? Can he rescue the only thing he amounted to that ever truly mattered?

“You like?” a new voice asked.
I didn’t acknowledge the guy, not looking up until I could do so with dry eyes. I did hear more people gathering, more murmurs about the art at my feet. After a few moments, I was able to look up with a determined sniff to see if the person who’d just spoken was still there, waiting for me to answer his question.
It was him.
My Bob Ross, though hotter and far less hippy, was right beside me, brown eyes alight with mischief and something that made me feel even worse: hope. He wanted me to like his work, and I had to tell him to stop.
“It’s, um….” I didn’t know if I could do it.
“Big,” he finished for me, beaming proudly over the colors that easily spanned thirty feet. “If you look at it from this angle, the perspective has a little bit of a 3D effect.” He grabbed my arm and hauled me around the portrait, without an apparent thought for how mortified I was. “I didn’t do that on purpose, because if you look at it from even slightly the wrong direction, it blows the whole effect and looks weird, and I wanted people to be able to see it from anywhere.” He stopped yanking me around and yeah, I could see what he meant.
“Oh, there it is,” I said, keeping my voice neutral. I must not have pulled it off, because his head snapped up, and his excited expression melted like a Dali clock.
“Oh. Wow, you don’t like it. That’s why they keep getting erased.” He seemed to diminish like ice in hot water, shoulders hunching as he jammed his hands in his pockets. He was so dejected I couldn’t help wanting to contradict him, but I didn’t get the chance.
“Dane, this is incredible!” someone from the assembling crowd hollered to me. I found the speaker: Knitter Girl. She shouldered around some more admirers and stood on my other side, eyes roving over it from the 3D side. “Do you know who did this? It’s really cool!”
“It is good,” I agreed. “Um, this guy did it,” I said, moving to include him in the conversation. I went to tell him her name, but realized I only knew her as Knitter Girl. Then I turned to tell her his name, and huffed in frustration. “Knitter Girl, this is, erm… my own personal Banksy. Banksy, Knitter Girl.”
Thankfully, they both laughed and shook hands.
“I’m Sam,” Knitter Girl said.
“Craig,” Banksy answered. Then he turned to me. “And you’re Dane. I didn’t get your name that first day.”
“Did you really do this? When? It wasn’t here yesterday, and I didn’t see you on my way home after class. This had to take hours.” Enthusiasm dripped from Sam’s words.
“I did it overnight.”
Sam’s eyes got big. “How? In the dark? How could you even see the photo you copied?”
Craig shrugged. “I have a rig similar to what photographers use to diffuse light over a wide area. The first drawing was a project for a class, but the last three have been for fun and extra credit. And challenge. No reference photo.” He tapped his temple. “Photographic memory.” His eyes flickered to me like there was more to it, but he wouldn’t say so with someone else in earshot.
“That is so cool!” Sam enthused, taking in the drawing as much as she could. “Have you drawn Dane every time?”
“Yeah,” I croaked, clearing my throat to sound normal. “Yeah, they’ve been quite the surprise to stumble on.”
Sam chuckled. “I bet.” With a great sigh, she smiled at us both. “These are great, but I have to get to class. You do too, Dane, if you don’t want to be late.” She checked her watch. “Scratch that. We’re already late. You coming?”
I was torn. I knew if I didn’t talk to Craig right then, explain how flattered I was and try to make him to understand, I’d never see him again. No more drawings, no more chance of bumping into him.
“It’s okay,” he assured me. “Go. I’ll take the pictures I need to get credit for it, and then get rid of it. Don’t worry about it.” His smile was variegated with emotion—sadness, regret, reassurance, understanding. It didn’t reach his eyes, and if a smile could snap in half, his would have with minimal pressure. He was trying to appease me even though he was probably ten shades of embarrassed. Or hurt. That right there decided me.
“Sam, can I borrow your notes—er, your recording later?”
Sam began walking backward. “Oh, sure thing! I’ll see you in anatomy and we can make plans to go over it together.” She turned and hurried off.
“You don’t have to do that if you have somewhere to be,” he began.
“No. I want you to understand. I….” Giving our surroundings an appraisal, I pointed in the direction of Second Avenue. “I know a coffee shop just around the corner. Can I buy you a cup?” I mentally calculated the cost of two coffees and decided this was necessary; I could part with a bit of the hard-earned savings I’d built working as close to full time as I could manage while living on UMD’s dime during undergrad. There wasn’t much wiggle room if I wanted to stay on budget to finish med school without having to work on top of it, but I didn’t have to make it a habit.
It’s ten bucks, I mentally scolded myself. Are you really that nervous?
“I should buy you a cup,” he muttered. “You haven’t liked them at all. God, I can’t imagine what you must be thinking right now.”
I smiled at him gently. "It's on me. C'mon."

The Anatomy of Perception will be available March 12th on Amazon, B&N, iTunes, Scribd, ARe, and Page Foundry

For the giveaway AJ Rose will be giving one lucky fan their own copy. Contest will run until March 13th and the winner will emailed so make sure you check your spam!!!!