Because of a Story... His Name Was Brian 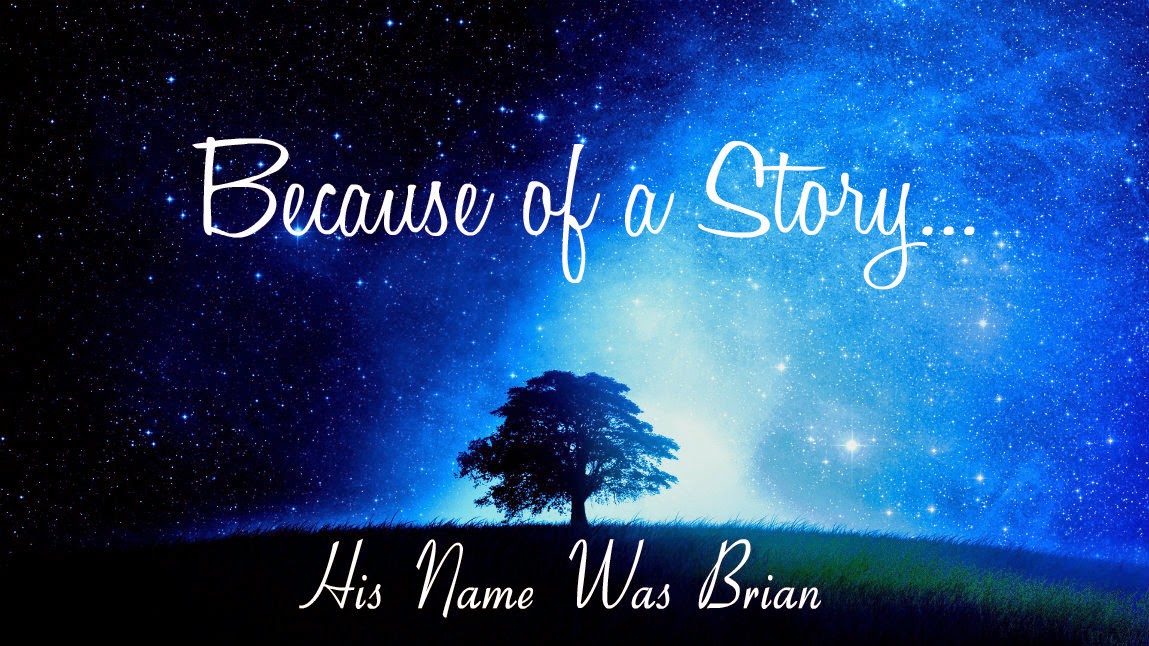 I read a book and haven’t been able to start another one. That may seem like no big deal to many of you but for me it’s rare. I usually fly through books. Reading is my vacation. I love getting so lost in a book I feel like I’m flying.
This book? It swept me away alright. All the way back to a long time ago when through the fog of all the teenage drama and angst was a darker place.
Every day I’ve progressed. Challenges and obstacles have littered my path for many years. I never really forgot my high school years I just moved on from them. It’s good to be reminded of the souls that got lost on their path.
We all have a story or ten. I have many but because of this book I was reminded of a past I work to push behind me, yet everyday no matter how hard I try to pretend I don’t think about it, I do.
His name was Brian and he was only 14 years old when he decided he no longer wanted to live in this world. He left behind more love than he thought he ever had. He was a person surrounded by friends who’d drop everything to help him, but he felt alone. He felt that his end had come.
I remember the day we lost him. I was on the front lawn of my friend’s house relaxing on the grass, the sun was shining and we were all being ridiculous. Typical for us odd and awkward kids. Never part of the “In Crowd” but we were happy because we had each other. We had each other’s back.
Everything got blurry after that. I remember a phone call, I remember a lot of “No, that’s not true.” “Not Brian, he was the jokester.” And he was a jokester. Class clown. Our comic relief. He did a fantastic Fire Marshall Bill. We ate lunch with him. A week ago he was sitting in my dad’s recliner at my house with his goofy smile and quiet disposition. Our friend.
He was gone.
I remember wondering if someone broke in to his house and forced him to do it. It made no sense to me. Not Brian. The boy who could turn a sob into a belly laugh. I didn’t understand. I couldn’t ask him and I became mad.
My parents didn’t know what to do. “Friends” I say it loosely. People who barely waved at Brian in the hall. People who snickered at him behind his back just like they did to all of us. They now wanted to be a part of his death when his life was nothing to them. Brian’s parents didn’t know what to do. Were these kids his friends? I got a call from one of our Youth Directors asking me if these kids could come to the memorial. If they were genuine.
I was still so mad.
I said no. These people don’t deserve to say goodbye. You don’t get to grieve for someone you couldn’t bother with when they were alive. So I said no. And they weren’t allowed to attend. Just like that.
There were six of us. Always the six of us. Five, with Brian gone. I never cried. Not one tear. I remember what I wore to the memorial, I can never seem to forget that. I remember my friends crying and asking me why I wasn’t. I didn’t know why. I was so angry.
We had to eat lunch in the conference room at school for a month. We five suddenly were interesting. Our loss was their gain. Still, I did not cry.
YEARS later I realized a part of me died that sunny day on the grass at my friend’s house. Brian lives in my memories, in the pictures of him I still have and every March I think of that day when the world shifted and reality came crashing down on the five of us.
We had our school dance that year. It was bittersweet. See, after that year, after that dance, the five of us fell apart. I only still speak to one of them. Was Brian our glue? Was his loss just too much? Was his presence too prominent when we were together that it hurt? Perhaps.
I miss him and yes, I DID finally cry and grieve for the loss of my friend. I will never know why he did it, or if I could have saved him. I know that I am okay. I know I live a little for him in every sunrise.

That’s a powerful book to make me sink deep into that memory. It made me want to talk about Brian which is something I don’t do. I know at this point you’re all doing two things. One, you’re thinking of your past and a story. Two, you’re all wondering what book I read.
The book is End of Innocence book 4 of Tales of Foster High by John Goode.
Powerful series.
My advice to all of you; share your story. Reach out when you need someone. You are not alone. We can all be saved. It may seem like the end but it’s just the beginning.