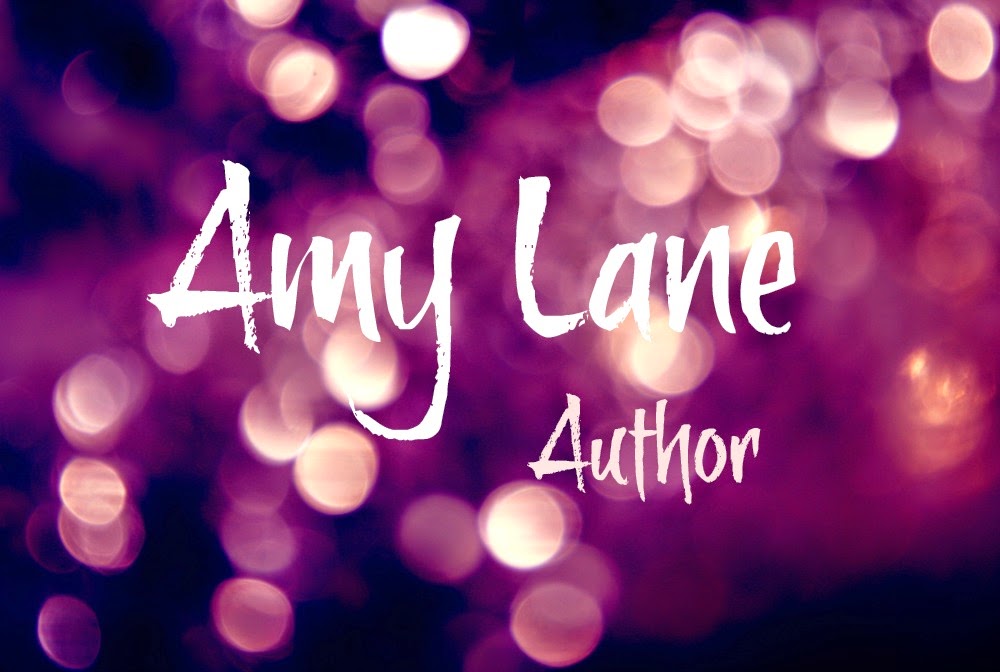 I, along with SO many, am a huge fan of Amy Lane's. I have almost read every book she's written... almost. I'm getting there. She's a master of her craft and will go down in literary history as the Queen of Angst.

There's not a book of her's I have read that hasn't ended with me in desperate search of tissues. She has a way of reaching into your soul and pulling out your emotions. She's talent and the fact that she shares it with all of us makes it a precious gift.

There are SO SO many books and I can't possibly talk about all of them. I will highlight a few and leave links where you can peruse. And do! Look at them and then, read them. You won't be sorry.

Later on Amy has a fantastic giveaway for you. 2 people will have a chance to win an Amy Lane ebook of their choice. More on that at the bottom. First let's look at some of her books. 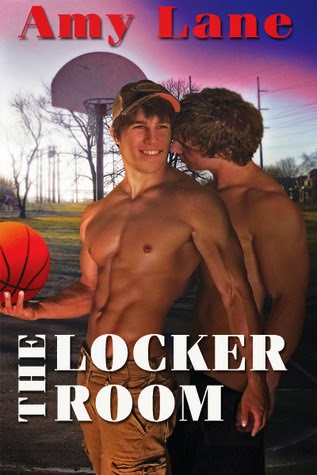 Xander Karcek has only wanted two things in his life: Christian Edwards and basketball—the man he loves and the game that let him escape a childhood he’d rather forget. His two obsessions have served him well. He and Chris beat the odds and stayed together through high school, college, and right on to the NBA.

But life under fame’s microscope isn’t easy, especially when two men are pretending to be frat-buddies so the world doesn’t know they’re the next best thing to married. Their relationship survives the sacrifices they make and the lies they tell to stay together, but when their secret is exposed, the fallout might destroy them when nothing else could.

Chris and basketball are the two things holding Xander together. Now the world is asking Xander to make a choice. Is there an option that includes a future with the man he loves? 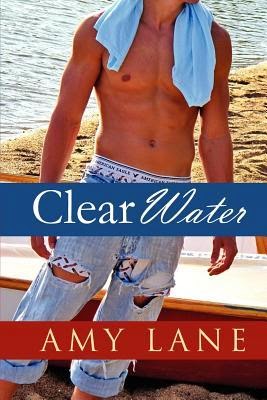 Meet Patrick Cleary; party boy, loser, and spaz. Patrick's been trying desperately to transform himself, and the results have been so spectacular, they've almost killed him. Meet Wes "Whiskey" Keenan; he's a field biologist wondering if it's time to settle down. When the worst day of Patrick's life ends with Whiskey saving it, Patrick and Whiskey find themselves sharing company and an impossibly small berth on the world's tackiest houseboat.Patrick needs to get his life together and Whiskey wants to help but Patrick is not entirely convinced it's doable. He's pretty sure he's a freak of nature. But Whiskey, who works with real freaks of nature, thinks all Patrick needs is a little help to see the absolute beauty inside his spastic self, and Whiskey is all about volunteering. Between anomalous frogs, a homicidal ex-boyfriend, and Patrick's own hangups, Whiskey's going to need all of his patience and Patrick's going to need to find the best of himself before these two men ever see Clear Water. 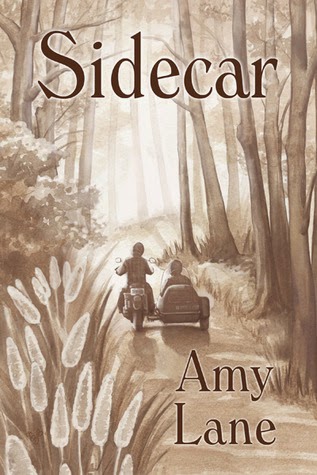 The year is 1987. The boys wear pink Izod shirts, the girls wear big hair, everyone has a stash box, and AIDS is just an ugly rumor rumbling like a thunderstorm from the cities. A teenage runaway wanders the side of the road, a heartbeat away from despair, and is rescued by a long-haired angel on a Harley. But that's just the beginning of their story. Josiah Daniels wanted peace and quiet and a simple life, and he had it until he rescued Casey from hunger, cold, and exhaustion. Suddenly Joe's life is anything but simple as he and his new charge navigate a world that is changing more rapidly than the people in it. Joe wants to raise Casey to a happy and productive adulthood, and he does. But even as an adult, Casey can't conceive of a happy life without Joe. The trouble is getting Joe to accept that the boy he nurtured is suddenly the man who wants him. Their relationship can either die or change with the world around them. As they make a home, negotiate the new rules of growing up, and swerve around the pitfalls of modern life, Casey learns that adulthood is more than sex, Joe learns that there is no compromise in happy ever after, and they're both forced to realize that the one thing a man shouldn't be is alone. 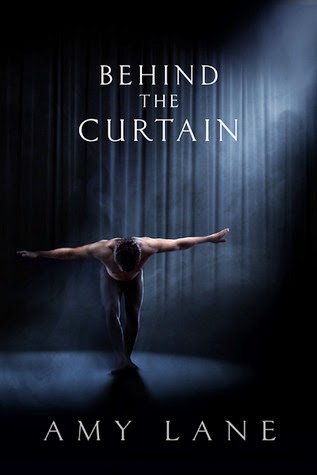 Dawson Barnes recognizes his world is very small and very charmed. Running his community college theater like a petty god, he and his best friend, Benji know they'll succeed as stage techs after graduation. His father adores him, Benji would die for him, and Dawson never doubted the safety net of his family, even when life hit him below the belt.

But nothing prepared him for falling on Jared Emory's head.

Aloof dance superstar Jared is a sweet, vulnerable man and Dawson's life suits him like a fitted ballet slipper. They forge a long-distance romance from their love of the theater and the magic of Denny's. At first it's perfect: Dawson gets periodic visits and nookie from a gorgeous man who “gets” him—and Jared gets respite from the ultra-competitive world of dancing that almost consumed him.

That is until Jared shows up sick and desperate and Dawson finally sees the distance between them concealed painful things Jared kept inside. If he doesn’t grow up—and fast—his "superstar" might not survive his own weaknesses. That would be a shame, because the real, fragile Jared that Dawson sees behind the curtain is the person he can see spending his life with.

There are so many books I haven't even scratched the surface. If you go to Amy's website http://www.greenshill.com/ ALL her books are there to view and her many series. You can of course also view her books on Goodreads Amy on Goodreads

Her Johnnies series, Talker series, and Promises series are some of the best books I've ever read so you want to look those over for sure.

It's interview time and Amy was brilliant. Enjoy it!


I am always reading and hearing how other authors say, "I want to be Amy Lane when I grow up." So I ask you, who do YOU want to be when you grow up? LOL

Batman. Or a ninja. But mostly Batman.

The M/M genre has grown a lot the last few years. I believe this genre has made an impact in the fight for LGBT Equality. What are your views on that?

Absolutely.  I taught English, American, and World literature for many, many years, and came to realize that the literature spawned by public concern turned around and fomented public change. I think the M/M genre is one of those instances.  I also think that because when it began, the threat of backlash was so severe that many of the authors approached the genre with an advanced degree of thoughtfulness: if we were going to risk our jobs, or our marriages, or our family relationships on the barbed wire of public opinion, we were going to write the best, most authentic stories we could possibly imagine.  Even if we were writing the fun, happy, low-angst stories, we wanted to write those stories responsibly.  I think that has allowed the genre to do some really amazing things in the past years.  Aristotle always said that imagination is more important than history or philosophy, and in this case, appealing to people's imagination allowed us to expand public consciousness, and, in some way, change the world for the better.

You have many amazing series,  Talker, Johnnies, Promises... Do you always know how long a series will be or do you just kind of go with the flow?

Not at the very beginning, no.  But usually by the end of the first installment, I have some idea of a larger arc if I'm going to follow one.

I know MANY have asked you this in threads but I'm going to do it ONE MORE TIME lol... The Locker Room, will there be more to that story?

Right now?  Yes. It's in the queue. But everyone calm down-- the last thing I promised in the queue was Quickening-- that was five years ago and I'm just getting to it now. That's a long assed queue.

Everyone knows you adore knitting and you're awesome at it... What other hobbies do you have?

LOL-- well, aqua aerobics, which I do three times a week, and, before my kitchen table became my office, I really loved to quilt!

When you set out to write a book what's your process?

Well, my queue is sort of long, and my imagination is sort of active.  By the time I sit down to a book, I have main characters, a conflict, a theme, and a couple of scenes in mind.  And then I write from the beginning to the end.  Sometimes I'll say, "You know, we need a scene in between, to make the story work," but I don't scene-hop and then meld.  A beginning, a middle, and an end.  The heartbeat of literature, right there.

Where is the one place you'd love to travel for research?

Well, Black John is coming out in January, and that's the fourth book of Johnnies, so that's pretty exciting.  And I'm also re-releasing the first books I self-published, through the DSP Productions imprint, this time.  I've been editing those up for release, and that's pretty awesome too.  I also have a fantasy story called Immortal coming up in May from Dreamspinner Press, as well as a part of the Blue Water Bay series from Riptide.

Would you ever collaborate with another author, if so who?

I have-- Aleksandr Voinov and I wrote the Country Mouse books.  I love Aleks-- if either of us could find time in our queues, I think we'd write together again.  Other than that?  I'd love to write with Damon Suede someday, but, you know, pipe dreams.

With the new year upon us (Here by the time this posts) what is something you look forward to most in 2015?

I will be writing Quickening this year.  I've promised this book for five years, and It's time to pony up and stay true to my word-- and to the writer I started out as.  I'm looking forward to this-- it's been a long time since I've written from a heroine's perspective, and I think I've learned a lot from the last time.  I'd like to see what I can do.

I think I speak for all Amy Lane fans when I say, I am so happy you have a long queue!

Amy has a really awesome giveaway for her fans today. 2 people have a chance to win ANY Amy Lane book ***Note*** If you choose any of her books from Riptide Publishing you can only have it in a PDF Format.

Check her out on her website,or Goodreads and read the blurbs and if you win you will be emailed. (So be sure to check your spam) Contest will run until January 16th.

Thank you to Amy Lane for her awesomeness and for not only being an amazing talent but for being so wonderful to all her fans.

a Rafflecopter giveaway
Posted by Diverse Reader at 5:45 AM