Some categories are hard to pick just one!  Like this one for instance. I posted Best Series (Free Men by Kate Aaron) and Best YA (Weatherboy by Theo Fenraven) This category had more than one.


*IN NO PARTICULAR ORDER* 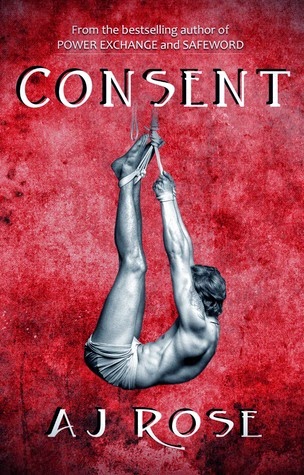 Content Warning: contains scenes of rape and graphic violence and may not be suitable for sensitive readers. Discretion advised.

Former detective Gavin DeGrassi likes his new life and his job as a university professor, molding the minds of the next generation of law enforcement. It keeps him in the field he loves, but out of the media and out of the danger he seems to draw. He’s settled and happy with his partner and Dom, Ben Haverson.

Until a middle of the night phone call from his brother, Cole, whose desperation and fear yank him back into the world of criminals and countdowns. Only this time, the stakes are much higher.

Detective Myah Hayes, Gavin’s sister-in-law and former partner, has a past of her own, one that has returned to claim her. With only their instincts and the help of a rogue CSI, Gavin, Ben, and Cole will do whatever it takes to find Myah, following a flimsy trail of evidence to Chicago, where all is not what it seems—dirty cops, moral pimps, and a nest of snakes who call themselves businessmen.

They’re on a collision course with the worst of humanity, and more than Myah’s life is caught in the vortex. Can they find her, and if they do, will there be anything left to save?

MY REVIEW
It started with Power Exchange, then came Safeword (thought to be the end of the series) but no. Through AJ Rose's brilliant mind came Consent. The epic conclusion to one of, if not the most, powerful and thrilling series ever!

Consent takes you on a dark path where the disappearance of Cole's wife, and Gavin's ex-partner thrusts them into a world where nightmares are born, dwell and fester.

AJ Rose writes about a world that is a reality. How love is so strong and yes, evil does win sometimes. But strength of humanity's finest can break through the darkness, grab it by it's throat and wish it never was.

Ben Haverson will go down in history as my favorite male character ever written. In Consent,we see him use WHO HE IS in a fashion we have never seen him do before. It shows us the power he contains and the breathtaking valor he possess. I was gasping!!!

Myah is my hero! Never has a heroin been written is such a way that I have wanted to be a better person because of them. Not until now that is.

We encounter the darkest demons and the brightest saviors in this book. Every emotion you have will be tested throughout this story.

We don't live in a world of fairy tales, not everything is Happily Ever After but AJ Rose is so beyond talented that she has yet again shown me that in the most horrific circumstances, if there is even an ounce of hope, or good to be taken from it, it will be grasped!

Murder on the Mountain by Jamie Fessenden 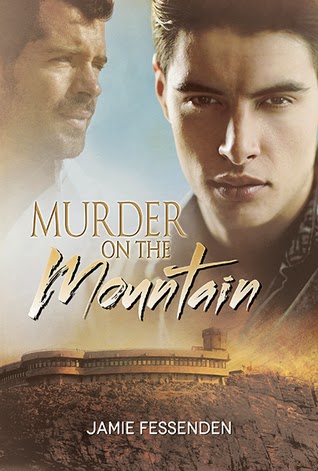 When Jesse Morales, a recent college grad who aspires to be a mystery writer, volunteers to work on the summit of Mt. Washington for a week, he expects to work hard. What he doesn’t expect is to find a corpse in the fog, lying among the rocks, his head crushed. The dead man turns out to be a young tourist named Stuart Warren, who strayed from his friends while visiting the mountain.

Kyle Dubois, a widowed state police detective, is called to the scene in the middle of the night, along with his partner, Wesley Roberts. Kyle and Jesse are instantly drawn to one another, except Jesse’s fascination with murder mysteries makes it difficult for Kyle to take the young man seriously. But Jesse finds a way to make himself invaluable to the detective by checking into the hotel where the victim's friends and family are staying and infiltrating their circle. Soon, he is learning things that could very well solve the case—or get him killed.

MY REVIEW:
I love a good mystery! I love it even better when you add a little romance in it! Jaime Fessenden did both! Great characters and the suspects were created perfectly! I went back and forth on who the killer was and I gasped quite a few times!It's rare I find a really good mystery that doesn't have me rolling my eyes at it's obvious nature. Jaime kept me on my toes! 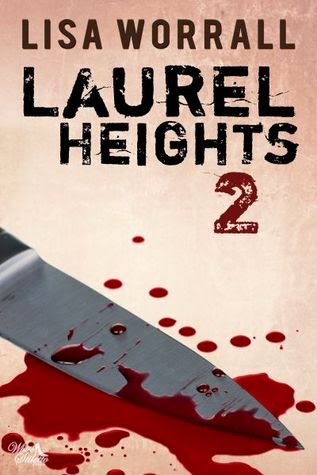 Will and Scott are now out and proud and living together in Scott's tiny house. So everything is perfect, right? Wrong...

Scott has a new partner, a new male partner, and Will is not happy about that at all.

A sadistic serial killer is at large, torturing his way through the gay community, but Will and Scott have no leads.

And one of the residents of Laurel Heights has been arrested for murder.

My Review:
DAMN! This book was as good, if not better than the first one. The suspense, the mystery. I love Will and Scott and it was awesome to see them together again... getting into the darkest of situations and making my heart race! New and old villains make themselves known in this book and it was quite a dark and twisted treat. Lisa Worrall is a ballsy writer who will have you sweating, cursing and freaking the hell out! I loved it! 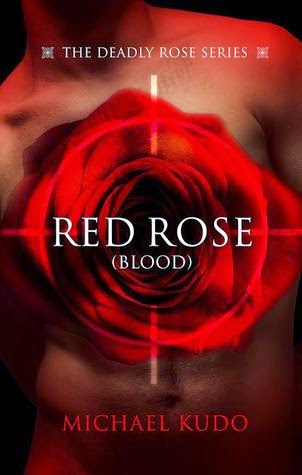 “I don’t like to be called an Assassin, I prefer the term problem solver.”

My name’s Alex. I’m an average guy. I kill people for a living. But don’t judge me.

I don’t take jobs on just anybody though. I only kill the really annoying people, like cheaters or abusers. So if you think about it, I’m actually doing God’s work—okay, maybe that’s stretching things a bit.

Other than the whole committing murder and trying to get away with it thing, my life is simple.

Well… except for the fact I’m in love with a fellow assassin who happens to be my mentor. I also have to make sure I’m careful when I’m on the job because if I ever fail a hit, I’ll be considered a “liability” and be executed promptly. Oh, and there’s a small chance someone in the organization is trying to have me killed. But I’ll figure that out, eventually. Did I mention I’m gay?

MY REVIEW:
Let's talk about THIS book! First off I'm not saying anything until I express my love for Alex Rose's attitude. He's sarcastic, snarky and down right HILARIOUS! He's an assassin like Patch Adams was a doctor! I loved him! He is so entertaining. I'm excited to read this series just to get more of his witty comebacks!

Next! It's a mystery! I figured out the chunk of it before the end but that in no way took away from the gasp I let out in the end of the book! I want more and I love when a book hooks me. I'm pretty much a prisoner to this series now and will wait impatiently for book 2.


Head- On by John Inman 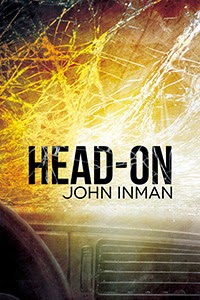 At twenty-six, Gordon Stafford figures his days are numbered. At least he hopes they are. Wearied by guilt and regret stemming from a horrific automobile accident two years earlier in which a man was killed, Gordon wakes up every morning with thoughts of suicide. While the law puts Gordon to work atoning for his sins, personal redemption is far harder to come by.

Then Squirt—a simple homeless man with his own crosses to bear—saves Gordon from a terrible fate. Overnight, Gordon finds not only a new light to follow, and maybe even a purpose to his life, but also the possibility of love waiting at the end of the tunnel.

Gordon never imagined he’d discover a way to forgive himself, and in doing so, open his heart enough to gain acceptance and love—from the very person he hurt the most.

MY REVIEW:
This book! WOW! Damn near broke my heart about 100 times. We often hear about love conquering all and a lot of us roll our eyes when we do. Then a book like this comes along and you start to wonder... does it? If Gordon and Squirt can make love out the ashes of their past, anyone can. John Inman once again writes a tale so very captivating it made me sad to end it. Beautiful story of loss, love and incredible strength.

Make sure you check out these Mystery/Suspense books! AND REMEMBER TO REVIEW! It Matters!!!

Posted by Diverse Reader at 6:56 AM