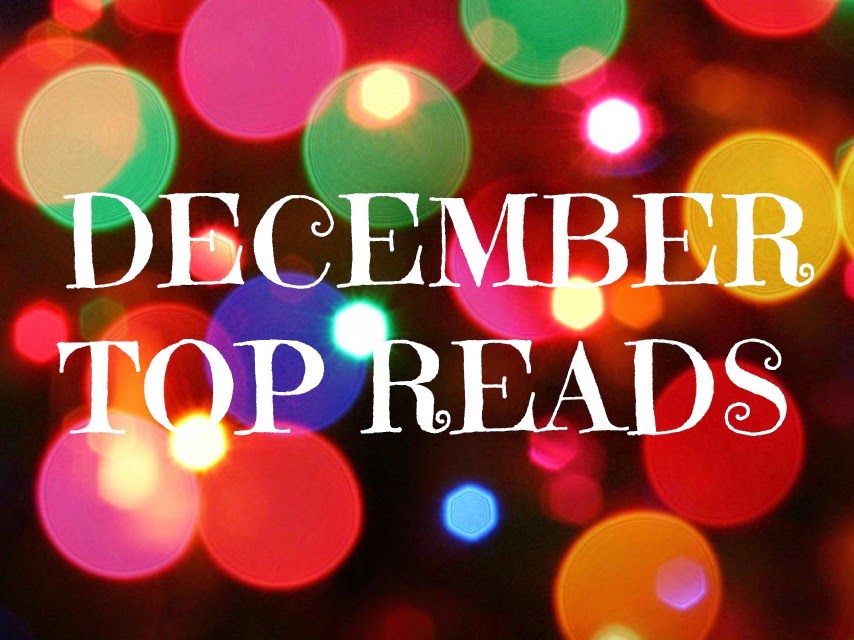 Another month of reading is under my belt... Now, you lucky people, get to see what I recommend you check out for the month of December. No, this is not a holiday post. I already did a Best Holiday Reads post. Here is what I think would be WONDERFUL to snuggle under a blanket with... 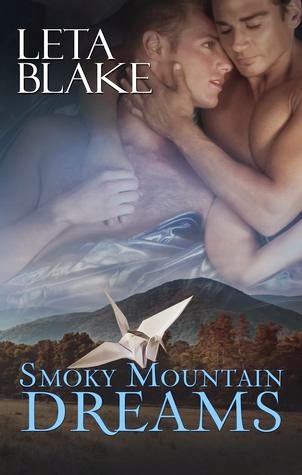 After giving up on his career as a country singer in Nashville, Christopher Ryder is happy enough performing at the Smoky Mountain Dreams theme park in Tennessee. But while his beloved Gran loves him the way he is, Christopher feels painfully invisible to everyone else. Even when he's center stage he aches for someone to see the real him.

Bisexual Jesse Birch has no room in his life for dating. Raising two kids and fighting with family after a tragic accident took his children's mother, he doesn't want more than an occasional hook-up. He sure as hell doesn't want to fall hard for his favorite local singer, but when Christopher walks into his jewelry studio, Jesse hears a new song in his heart.

My Review:
Brilliant! The love I have for this story is gigantic. Right from the start I was pulled in. Christopher broke my heart. Tore it to shreds, then dipped it into lemon juice. Then he met broken Jesse. They pulled through all the darkness because they had each other. They experienced loss and they are true fighters. I loved how Leta Blake took all these avenues and placed them perfectly so when they met it was a smooth road in the end. There's always battles, whether it be not only falling in love with someone but falling in love with their kids, or realizing the road to forever is paved in shards of glass only true love can heal. I just am amazed by this book. 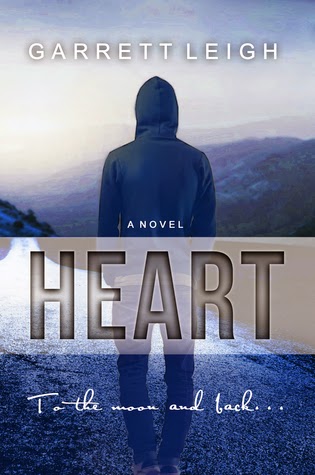 Cornish pastry chef Seb Wright dreads the summer tourist season. The cash injection to his artisan fudge pantry is more than welcome, the extra work, less so. Then one summer, a shadowy Good Samaritan catches his eye. Irish Traveller Dex is bewitching, a beautiful sullen enigma who turns Seb's world upside down until he disappears in the night, vanishing like a mystical summer rain.

Twelve months later Dex is in the midst of a dark storm. A slave to his master, 'Uncle' Braden, he spends his days cleaning caravans and his nights working in Braden's other businesses. His short summer with Seb seems a lifetime ago. Lost in the savage violence of the murky underworld, he doesn't dare dream he'll ever find his way back, until one night, a brutal crime opens the door for a chance escape. A new life beckons, old faces emerge, and immersed in the heady vibe of London’s East End, new love begins to heal his fractured heart.

My Review
I am a Garrett Leigh fan!!! HUGE! I can say, without a doubt, Heart is my favorite book of hers! What an absolutely fantastic book. It's dark, and heartbreaking but somehow, some way, in pure Angst Queen way, Garrett Leigh manages to make it stunning, beautiful. Tragedy with a poetic remedy. I am so in love with this story!!!

The Soldier by Kate Aaron 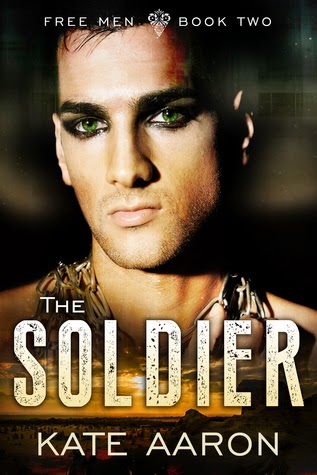 Three months. That’s all it took for Kai to forsake freedom and learn to love his new life as pleasureslave to a wealthy Thirskan Underlord.

Finding himself surrounded by his own people once more, Kai should have been happy: relieved to be rescued from slavery, and out of the clutches of a man who was the sworn enemy of his people. Yet his people are not how he remembers them. Distrustful of Kai, and disgusted by his relationship with not one man but two, they make it abundantly clear he no longer fits in.

Beaten, starved, and tortured, when the chance comes to escape, Kai is barely strong enough to make the journey. Even if he succeeds, how could anybody ever love the thing he’s become in order to survive?

My Review
There are no words to describe this book, but I will try. This is book 2 of the Free Men Series (Book 1 is The Slave) The Soldier is written in Kai's POV. The Soldier is heartbreaking and soul cleansing. Kai is so brave, so giving. I was somewhat shocked as I meandered through his mind in this book. In the first one we are in Tam's POV so we can only guess where Kai's mind is at. Kai is sacrificial is so many things in this tale. I cried CRIED reading this. You want to protect Kai and many times throughout you feel he is forgotten. That was the hardest part for me. I was overcome by the loneliness he carries. The second book in this saga is the meat to this story. Book 1 we were swept away in the pureness, hope, and love that is Tam. In The Soldier we are left breathless by the darkness, despair, and unknown adoration of Kai. God only knows what Kate Aaron has in store for us in Book 3. EXCELLENT BOOK! 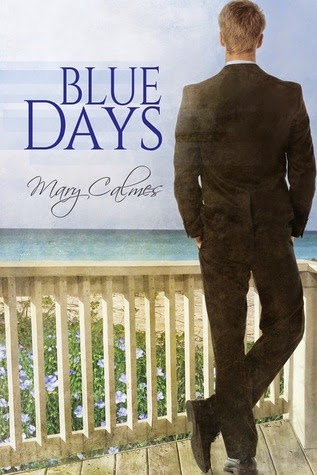 Falling for a coworker is rarely a good idea, especially for a man getting a last chance at salvaging his career. But from the moment Dwyer Knolls sees the beautiful but socially awkward Takeo Hiroyuki, he seems destined to make bad decisions.

Takeo’s life is a string of failed attempts to please his traditional Japanese father. Unfortunately, succeeding in business turns out to be just as difficult for Takeo as changing from gay to straight. In fact, the only thing Takeo seems to truly excel at is taking notice of Dwyer Knolls.

When Dwyer and Takeo head to Mangrove, Florida on a real estate buying trip, their tentative friendship combusts and becomes much more. Is their sudden connection real enough to bank their futures on, or should they chalk the whole thing up to the daze inspired by the blue ocean breeze?

My Review:
I love Mary Calmes! I do, so much! Everything she writes is like heroin to an addict! I am always jonesing for more when the book ends. I laughed SO hard SO hard! Like tears pouring down my face! And there were sad parts but mostly it was fabulous. I just wish it was longer *sigh* She spoils my mind! This book is why I love Mary Calmes as a writer. She writes witty, snarky characters and those are my favorite. She then pairs them with their polar opposites... and like when hot meets cold you get a storm! I LOVE IT and live for it... Now, if we could make it longer like last forever. That would be great 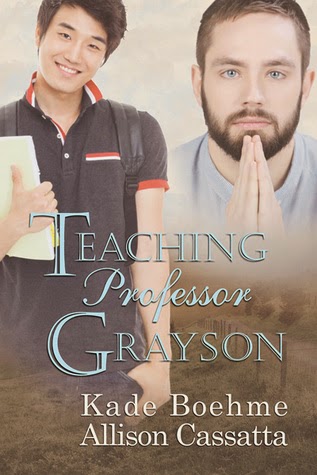 Christian Grayson is a professor of sociology who comes from a close-knit Southern family steeped in values and tradition. He left Tennessee using education as his excuse for escape, when he truthfully only wanted the freedom to be who he truly was. But at age forty, he’s still in the closet and still adheres to the morals his father, a Southern Baptist minister, raised him with. This includes saving himself for Mr. Right.

CJ Hata has been under Christian's wing since his freshman year. A genius, pure and simple, he's a senior now and no longer needs to report to Professor G, but he still seeks his teacher out occasionally for a friendly chat.

When Christian accidentally outs himself to CJ while pouring his heart out about his dying father, CJ feels totally out of his element. He convinces himself to put forth his best effort because the man he’s been crushing on for four years needs a friend. In the meantime, everyone around CJ is stumbling out of the closet, but the one person he really wants to come out has barricaded himself in with the bible and his family's expectations.
My Review:
Faith and Love. Trust and Understanding. Acceptance! So much to be taught to both of these characters throughout the story. Kade and Allison collaborated beautifully with this book. It's complexities in subject matter are common in our every day lives. We have two characters Christian and CJ both battling their own demons and many of those demons are within their families and friends. Society as we know has it's own opinions. We latch to those we love. Those who opinions matter most to us. CJ and Christian learn to believe and love in each other and that is where they find their greatest strengths. It's a gorgeous story


Inside Out by Andrew Grey 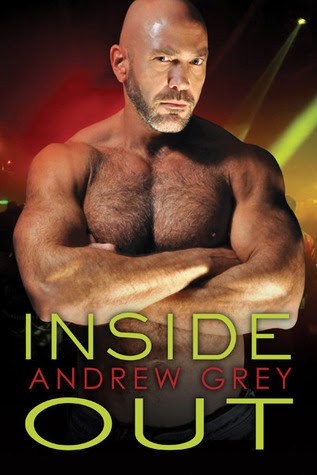 Former mercenary Bull Krebbs now heads up security at his nightclub in Harrisburg, PA. Working the door night after night, he's seen it all. Though tough on the outside, he's a little hurt that people find him unapproachable. Then he pulls a cute twink out of line to perform a random search, and he's surprised when the guy giggles and squirms.

Zach Spencer, graphic artist, twink, and seriously ticklish, isn't intimidated by Bull. He's in awe, and when Bull saves Zach from being trampled on the dance floor, Zach finds his inspiration for the superhero in his graphic novel.

Soon Zach wants more and makes his move by asking Bull on a date. Though small, he has a backbone of steel. He'll need it—their happily ever after is thwarted at every turn, including by Bull's interloping mother showing up unannounced and enemies from Bull's past threatening to pull him to the other side of the world.

My Review:
I really really enjoyed this book. Bull is a club owner ex mercenary and a hot bear of a man. Zach is a graphic designing, firecracker of a twink and OMG when these 2 get together!!!! I can't say more without spoiling it! It was pure entertainment with a great plot and awesome characters! Must Read!


Okay folks!!! I hope you take advantage of these recommendations!! REMEMBER TO REVIEW!