Random Review: Dead To Me by Pandora Pine #Review #Giveaway 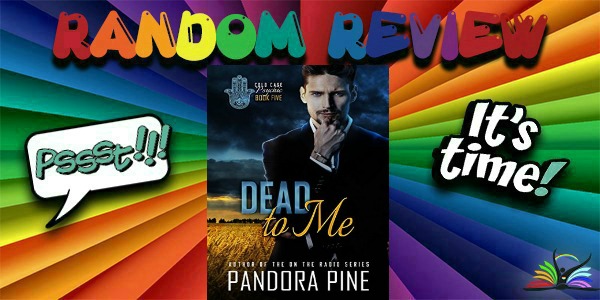 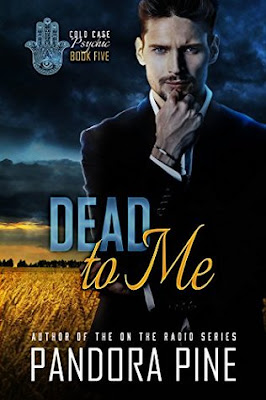 Psychic, Tennyson Grimm, was kicked out of his house and disowned by his religious parents when he came out to them as gay and psychic. The last thing Tennyson’s father said before the teenager boarded a Greyhound bus to Boston was that his son was dead to him. Flash forward thirteen years later, Tennyson couldn’t have been more surprised when he woke to find the newly dead spirit of his father sitting on the end of his bed. David Grimm had one request of his estranged son. Go to Kansas and reunite with his mother.
Cold Case Detective, Ronan O’Mara, was all for this family reunion. Still recovering from injuries suffered during his last criminal investigation, he figures they’ll fly to Kansas, bury Tennyson’s father, and the hatchet with Kaye Grimm, then come back to Boston in time to plan their upcoming wedding.
When the Union Chapel Sheriff comes to Tennyson and Ronan with a years-old cold case he’d like them to look into, the Boston-based duo can’t turn down taking a peek at the case file. Tennyson is easily able to figure out whodunit, but the sheriff is leery to believe in his gift, bringing old prejudices back to life, and leaving Ronan to hunt for physical evidence the killer left behind.
Will Ronan be able to solve the cold case and help Tennyson resolve the decade-old feud with his mother? Or will the tornado, with its sights set on the tiny town of Union Chapel, Kansas, make the other questions moot? 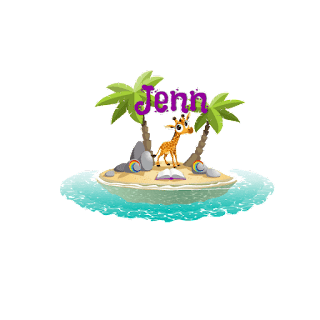 I love this series and I absolutely Love Ten and Ronan! This is the story I was waiting for, going back home to Tennyson’s past.

Ten was kicked out of his home when his religious parents found out he was not only gay, but a psychic as well. Ten communicates with the dead and wakes to find his dead father’s spirit sitting on his bed. When his dad requests that Ten go home to Kansas and reconcile with his mother, Ten can’t refuse. With his partner in work and life, Ronan, by his side, they head to Kansas. As always, the dead are waiting to tell Ten their stories and to seek his help. They’re asked by a local sheriff who has little belief in Ten’s abilities to solve a cold case. These two are faced with spirits, disbelieving sheriffs, old family feuds and now...a massive tornado. For Ten and Ronan, life is never boring.

As I stated above, I love this series! This book may be my favorite so far. Ronan and Ten work so well together and Ronan’s absolute faith in Ten and his abilities is inspiring. These guys and all the secondary characters, people who are their family...are special. If you haven’t read this series, start with book 1 and give them a try. They’re, full of love, mysteries, humor and compassion. Truly a  wonderful series that’s just has a little something different to offer.

a Rafflecopter giveaway
Posted by Diverse Reader at 7:58 AM