Random Review: We Have A Decision by Steph Marie #Review #Giveaway 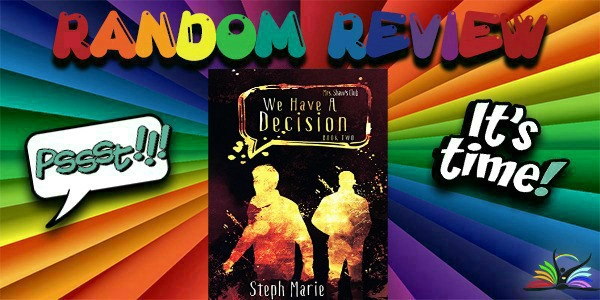 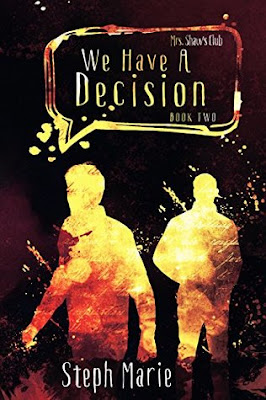 High school freshman, Danny Burns, loves life, art, and boys. From the outside, he looks like a happy-go-lucky guy with no concerns. He blows off the bullies and he’s an amazing friend. What people don’t know is that he’s had a boyfriend since the summer, and when Danny decides being a secret isn’t enough for him and tries to end it, it’s not as easy as he expects.

High school freshman, Noah Glass, thinks he knows exactly who he is, what he wants, and where he’s going. Unfortunately, when the strict religious rules he’s grown-up with don’t line up with him being able to have friendships with people he cares about, he begins to question his own beliefs.

Guidance Counselor, Mrs. Shaw, formed a special club forty years ago. Each year, she handpicks twelve students to participate, but no one knows what they talk about, and former students never tell.

Danny and Noah are two of the chosen this year. When Mrs. Shaw partners them up, their lives begin to alter in ways that they couldn’t have imagined. While Danny is confronted with a stalking ex, Noah begins to question his values. As their friendship grows within the nurturing circle of Club Shaw, will that foundation be enough to get them through the troubles ahead? Will Noah be strong enough to set aside his preconceived notions and be there for Danny? Will Danny trust in Noah’s friendship and strength to help him move on from his ex to give the new guy Noah introduces him to a chance?

This is book two in the Mrs. Shaw's Club series. We’ll continue to get glimpses into the lives of the students, and with each book, we’ll see a romance bloom. This is a standalone, but more fun if you watch them all grow together through the year. 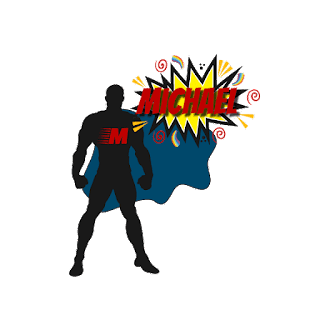 I don’t get the chance to read YA novels that often, but I really do enjoy them.  I love the idea that there’s a sub-genre of fiction that didn’t exist when I was a teenager.  For no other reason than to see ourselves represented in a form of media that wasn’t always available.  Teens need that, to be able to see themselves in ways that they wouldn’t normally.

This is the second book in the series, but easily readable as a stand alone.  That’s always a concern when I haven’t read the first one.

The premise is a simple one:  a group of students, all from different backgrounds, come together in a group led by a teacher by the name of Mrs. Shaw.

The main focus of the story revolves around Noah, his best friend Josh, and another group member Danny.

I enjoyed the relationship between Noah and Josh.  They’ve been best friends forever.  Both of them come from very religious backgrounds, yet as they’ve gotten older, they have come to realize that perhaps what they were taught may not necessarily be the way the world actually works.

Danny couldn’t hide his sexuality if he tried.  But that’s a good thing because he’s also bright and cheerful.  He’s never got anything really bad to say about anyone, regardless of how he’s treated (I’m looking at you, Doug)

Most of the chapters are told from three POV’s:  Noah’s, Danny’s, and Mrs. Shaw’s.  I understand why her POV was used (she is the group advisor, after all), however, I was far more interested in Noah and Danny’s storie(s), and how they intersected through Josh.  In fact, I would have loved to have read from Josh’s perspective as well.

These kids go through some very adult situations, from stalking to physical violence.  But each trial serves to bring the main characters, and through them, the rest of the group, closer together.  It made me wish I had a group like this when I was their age.  There were even a few scenes that made me tear up, especially between Noah and Josh.  This is definitely the kind of book that I wished would have been available in my schools’ library.

a Rafflecopter giveaway
Posted by Diverse Reader at 1:57 PM

Email ThisBlogThis!Share to TwitterShare to FacebookShare to Pinterest
Labels: Giveaway, LGBT, Michael Reviews, MM, Random Review, Steph Marie, We Have A Decision, YA