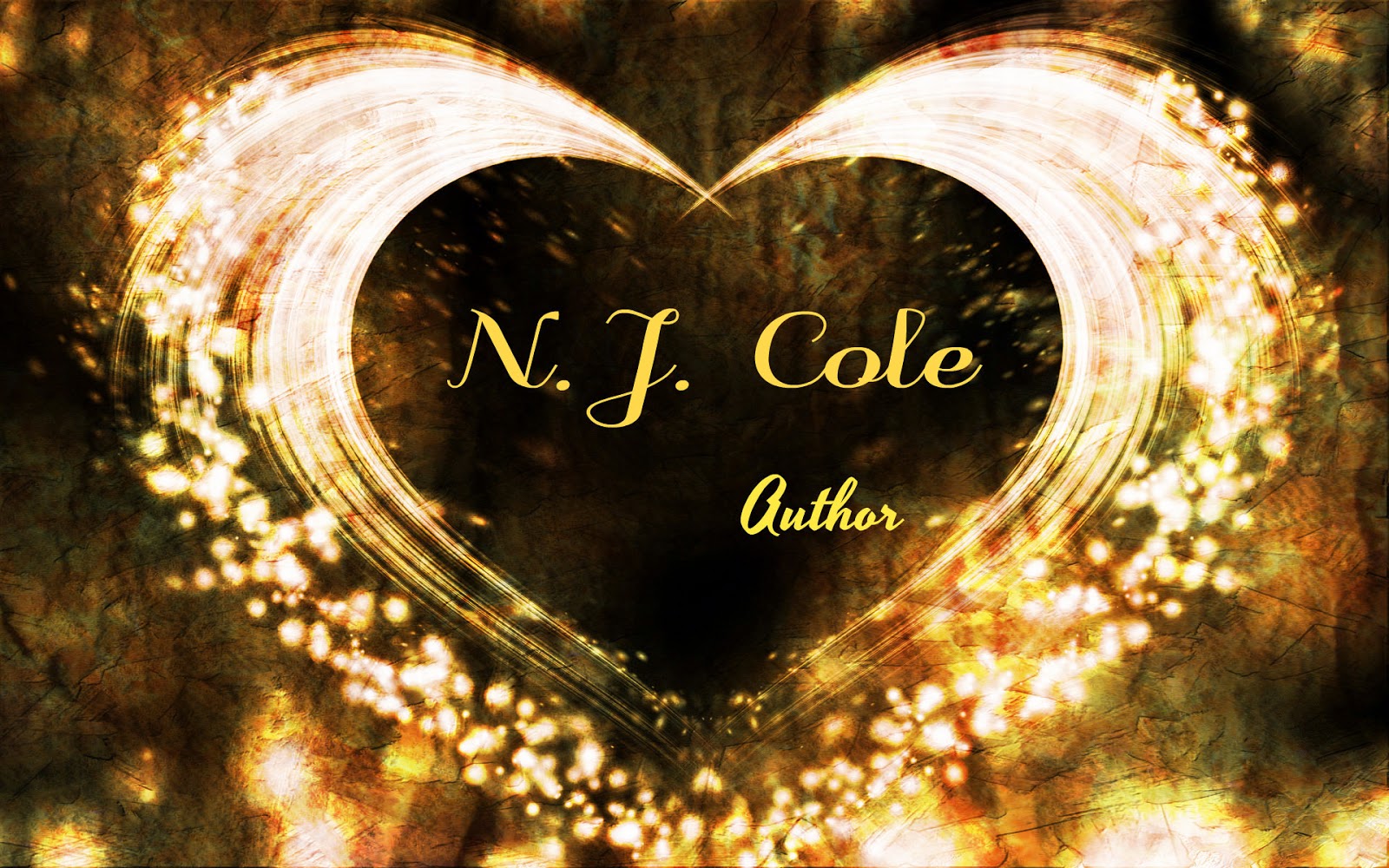 NJ Cole knows how to write sex! No question in my mind this woman knows what she's doing! Can she write great plot with all that sex? The answer is, absolutely!

Many times that's not the case. You start a hot hot book full of sex and it falls flat on plot and substance. NJ has a talent that she organizes well and gives her readers a dose of it all.

She's a bit of a diverse writer. Where most of her books are M/F such as Landslide, Midnight Caller and Midnight Eternal; her newest book, Yes, Mistress delves into the F/F genre.

I have in fact read it and I am participating in the blog tour on October 6th where I will post my review but I can tell you this: I don't normally read F/F. Very rarely. But like I've said before if it's great, I'll read it and This. Is. Great!

You seriously need to give it a chance because it made me open my mind to more of what's out there.

I have a wonderful interview with author NJ Cole for you today and a giveaway where you will have the chance to win Yes, Mistress for yourself. But first, let's look at some of her books: 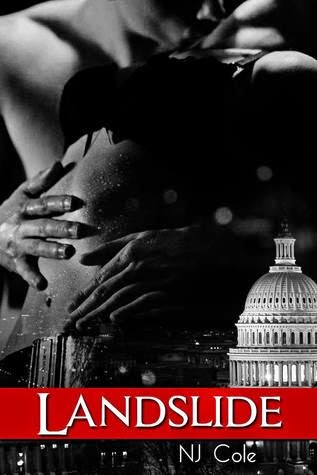 Senator Maxwell Joseph has it all—money, power and good looks—the trifecta when it comes to attracting the ladies. He even has women willing to be tied up, spanked and fucked all while calling him Daddy, fulfilling his secret fantasy. On the night of his thirty-fifth birthday he finds a goddess waiting for him in his hotel room. She is beautiful, sexy and very willing, yet the fruit she offers is very forbidden. Not only at nineteen is she barely legal, but she is the daughter of his best friend and political advisor.

Mackenzie Wade has had a crush on the senator for years, and when an overheard phone call affords her the opportunity she needs to make her fantasies a reality, she jumps on the chance offering herself as a birthday gift.

Throwing caution to the wind, Max gives in to temptation and gives them both what they have been yearning for—a night filled with ropes, floggers and toe-curling sex. Although satiated, one night of passion wasn’t enough for either of them, and they began a clandestine affair.

The solid ground on which he’d built his career now began to shift as his wants and dreams for the future began to change. In what he can only describe as a landslide, Max hold on tight to the only thing that he can, Kenzie, and goes on the ride of his life, knowing all along that in the end, he may have to make a choice between the woman of his fantasies and his career. 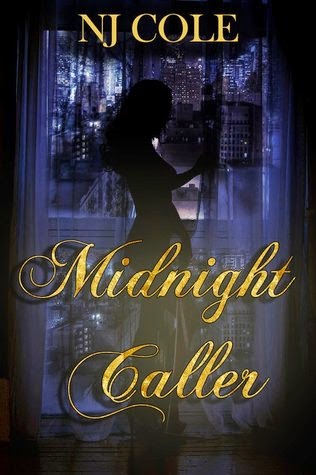 Rebecca Summers enjoys pleasing herself with the curtains open. When a mysterious stranger calls to tell her that he is watching, fantasy becomes reality as she begins to perform for him. Following his instructions over the phone while he watches from afar, she finds herself craving more.

Oliver Durant has always been drawn to humans to exert the dominance and control his kind needs to feel alive. While secretly observing her and calling nightly, he can’t seem to get enough of Rebecca, whom he refers to as butterfly. His urges with her are stronger than the need to dominate, as he is driven to possess her in every way.

Both of their worlds are turned upside down when they finally meet and she agrees to enter into a Dominant/submissive relationship with her Midnight Caller. 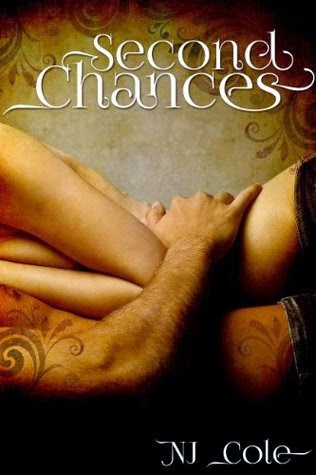 Calla Moretti married her college sweetheart, Bill. Married life was great at first, but as his career had her dropping out of college and moving away from her family and friends, Calla struggled with her role as a wife and homemaker. Stress, due to infertility and Bill’s affairs, had the marriage on the brink of failure.
When she drives home in the middle of a thunderstorm and spots first a broken down motorcycle, then the sexy rider, she decides to take a chance and offer him assistance. Realizing fate brought her together with a man who could give her the one thing her husband couldn’t—a baby—Calla decides to take a chance.
One romantic night, one big lie, will it save her marriage or fill her heart with more emptiness? Will this be the answer to her prayers? In life, are there truly second chances?

There are many more and you can go to NJ's Goodreads page to check it out : NJ On Goodreads


The book NJ will be doing a giveaway for is Yes, Mistress... Here's a look: 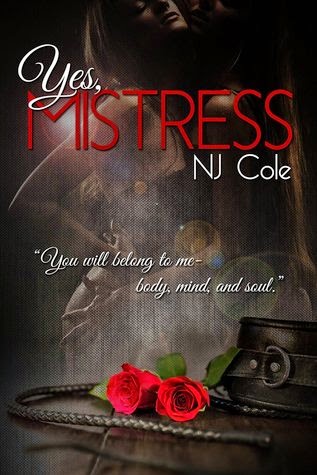 Together, will these two be able to find the happiness that has eluded them? Will the need to dominate and serve be enough? Or will they find more than they were looking for?


Yes, Mistress is your first F/F book you've published. Why did you decide to take this route?

It is my first f/f book that I've published, though I've written f/f before as fan fiction. I had this one story that I loved, and I wanted to turn it into a full length book. I decided to start writing from the beginning and then add in that one part when it fit in the book. Ironically, it never did fit in with these characters. It's something that perhaps I can use in another f/f story.

Can you tell us briefly what this book is about?

This is the official synopsis:

Authors often say they put a lot of themselves into their stories. Do you do that?

Who or what inspires your writing?

I am inspired by all of the other people who have gone before me and those who will come after because of what I write. I just feel my stories and I have the need to put them on paper so they can live somewhere other than my head.
You're no stranger to publishing, what would you say is the easiest and the hardest part of the process?

Writing for me is the easiest part, but the hardest part is the editing. I never think it's good enough and I hate making changes, especially ones that I think compromise my characters.

What's next for you? What other projects are you working on?

I'm working on the sequel to Yes, Mistress. It's finished, but I'm in the editing stages. It's called Yes, Master and it is about two of the characters that pre-readers fell in love with in Yes, Mistress. I also am writing a Daddy dom/ little girl story currently called "Hurricane". There is also a plan to write the sequel to "Landslide".

I took some time off of writing to "role play". It's helped me expand and I've found a few role play partners that have inspired me immensely. One of them, Fossy, plans to write a book with me during National Novel Writing Month. It will be a dark story, that perhaps will be m/m/f.

Writing, I'm sure, takes up a ton of your time but what was the last great book you read?

If you could cast your MC's for Yes, Mistress, who would you pick?

In my mind, Violet looks a lot like Liv Tyler and Em looks a bit like Jeri Ryan.

What's the best advice you've ever been given?

Where can people find you in social media?

Contest runs until 10/10 it will end at midnight est on the 10th. Winner will be emailed!
I want to thank NJ for allowing me to spotlight her!!!! It's been amazing and you all have to check out her work!!

a Rafflecopter giveaway
Posted by Diverse Reader at 5:47 AM